The 11th IEEE Nanotechnology Symposium took place on November 15 at SUNY Polytechnic Institute's Albany, N.Y. campus. This is an annual event, sponsored by the IEEE’s Electron Devices Society, to introduce advances in semiconductor and nanotechnology, and to honor contributors to the field.

Two important keynote speakers from IBM Research presented topics they have been involved in.

According to IBM, this is an ideal time to unlock the extraordinary amount of available health data. IBM is analyzing this data to provide insights to “to empower leaders, advocates and influencers in health through support that helps them achieve remarkable outcomes, accelerate discovery, make essential connections and gain confidence on their path to solving the world’s biggest health challenges,” according to the IBM Watson Health website.

"The most important challenge organizations are facing is how to cope with the increasing amounts of data and knowledge and how to derive insights that matter in making decisions across the healthcare and life sciences applications," Bernardini continued. "The era of Big Data in healthcare provides opportunities for applying computational methods for gleaning insights regarding effectiveness, practice patterns variations (practice-based evidence), prediction of adverse outcomes, adherence to suggested care regimens, behavior modification, and personalization of care to the individual needs.”

IBM Watson Health is divided into several healthcare units, including:

The second IBM researcher, Dr. Daniel C. Edelstein, presented the keynote speech titled “20 Years of Cu BEOL in Manufacturing, and its Future Prospects.” The talk was a celebration of the anniversary when IBM — ahead of competitors — replaced their aluminum chip interconnects with copper ones. 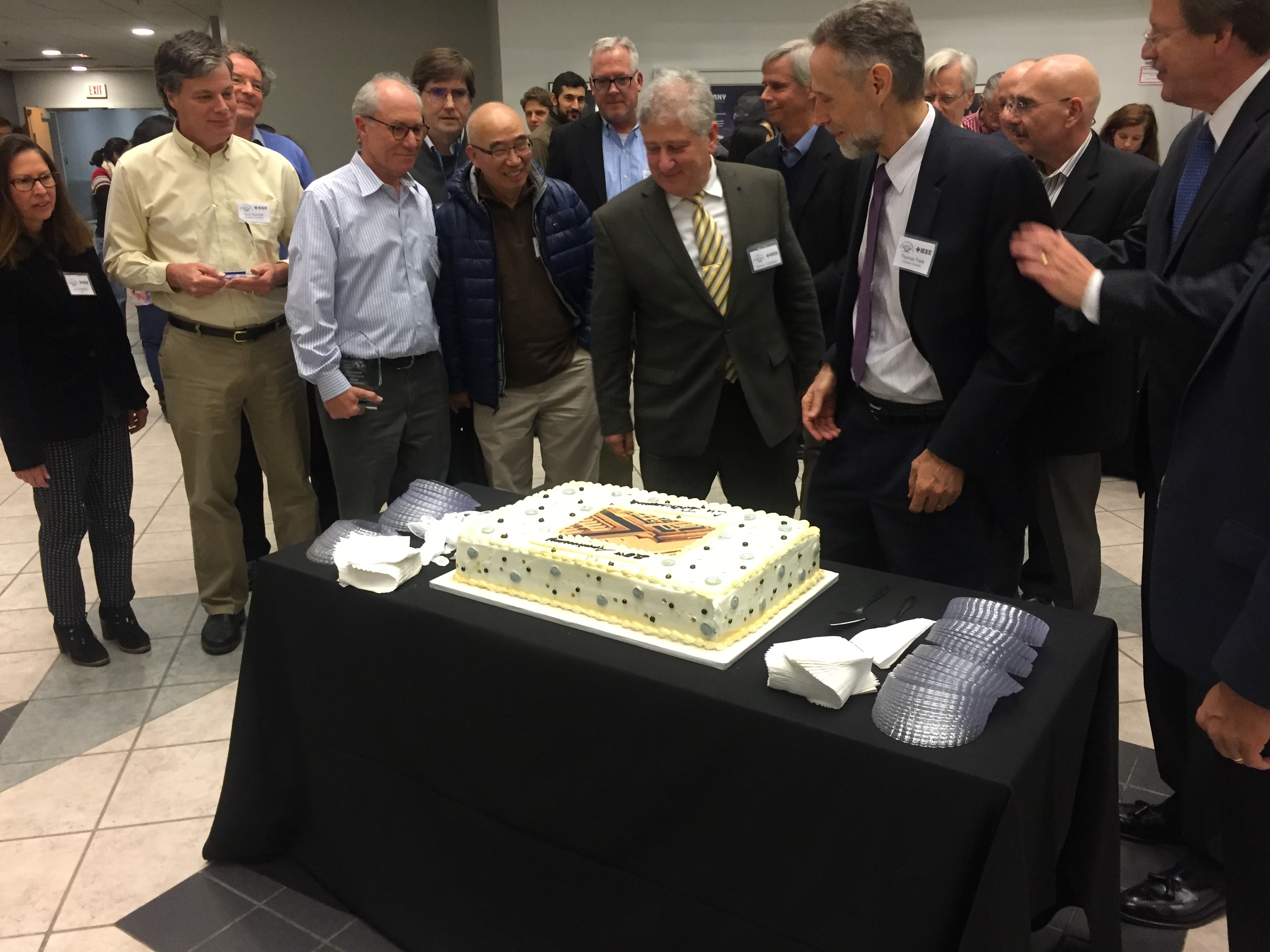 “Copper dual damascene back-end of line (BEOL) technology has been in production now for 20 years and more than 7 CMOS generations, since it shipped in its first chips in late 1997, and was first ramped to high volume production in mid-1998. Besides benefits in performance and manufacturability, perhaps the main benefit has been to keep the door open for continued Moore's Law scaling of on-chip wiring, where Al(Cu)-based wires could not have extended — either for fine line current densities and reliability, or multilevel hierarchical scaling for large/thick lines to help circumvent the RC scaling crisis," explains Edelstein.

The moment described by Edelstein was a crucial one in the long-term development of the chip industry since the creation of the first transistor in 1947.

Aside from Dr. Edelstein, the symposium also recognized the following industry leaders who have made a contributions to the introduction of copper interconnects and other fields: