Making Sense of All That Data: IoT Finds Its Missing Link

Barry Manz
Casual observers of the Internet of things likely think it’s all about automating appliances and entire homes, as well as devices like wearables that will supposedly make their lives better. But delve deeper into IoT and a different picture emerges: if this is all IoT had to offer, it wouldn’t be that big of a deal. In reality, the real revenue generating goldmines for the companies involved in making IoT happen are everything but consumer applications.

Manufacturing, “smart” cities, medicine, agriculture, the energy industry, utilities and similarly large enterprises are the type of applications driving IoT. They are collectively greater in size than the combined total of projected consumer applications and IoT provides a solution for improving their performance in many ways. For these benefits to occur, the massive amounts of data generated by IoT devices must be highly analyzed and converted to a form from which people can derive significant benefits. It’s a monumental task, which is why cognitive computing, artificial intelligence and machine learning are essential.

Although Microsoft, Amazon, and other companies provide capabilities to accomplish all or some of these functions, the best example is IBM, which has invested heavily in cognitive computing, created the first major AI platform (Watson) in which it has invested billions of dollars, and is expanding the range of applications it serves. 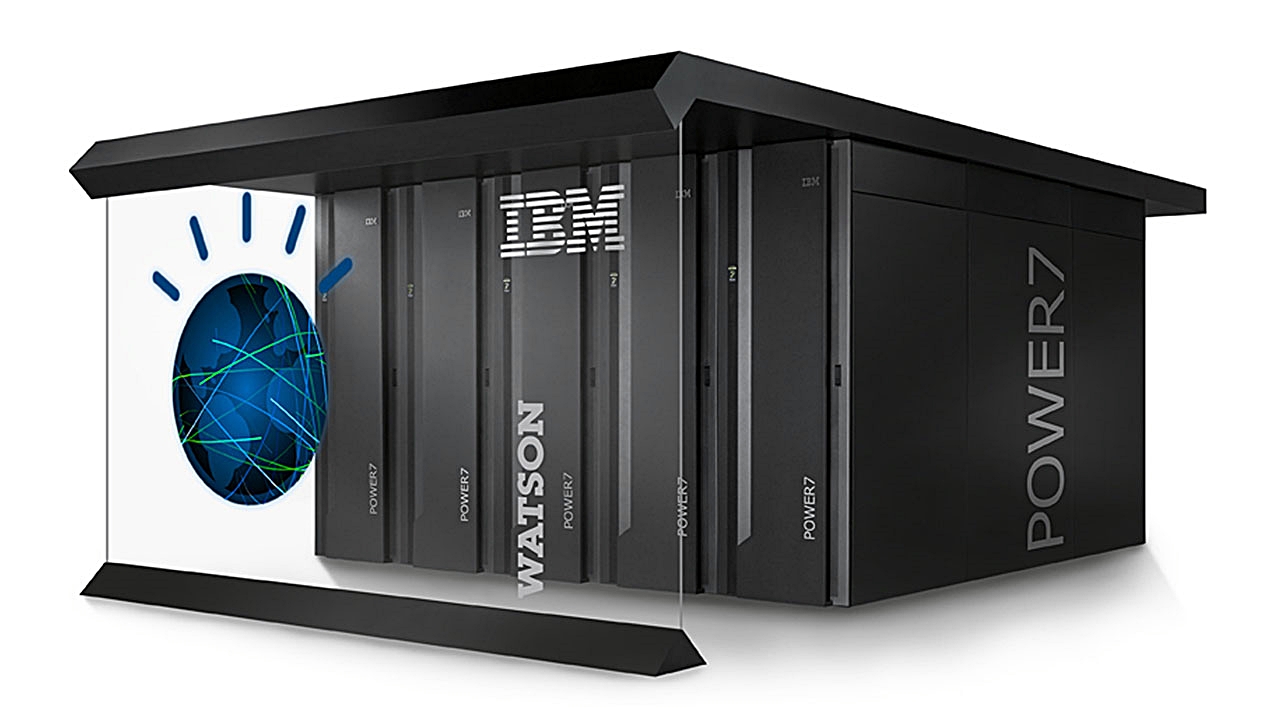 Watson was actually designed as a successor to IBM’s Deep Blue supercomputer that beat chess grandmaster Garry Kasparov in a three-day competition in 1997. Unlike Deep Blue, which was simply a number-crunching monster, Watson was to have a more “human” side, with the ability to read and understand natural language in addition to data. Watson’s first task was to see if it could conquer Jeopardy, which it did in 2011, besting its human competitors (including Jeopardy champion Ken Jennings) using a database of 200 million pages of content and the full text of Wikipedia. Besides being a world-class promotional tool for IBM, it kick-started the company’s efforts in creating a rapidly-expanding array of software and cloud-based services based on cognitive computing for large-scale IoT. A current IBM Watson is shown in Figure 1.

What’s In It for IoT?

Even though the process of collecting data from sensors is the basic function of IoT, the process is pointless if meaningful information cannot be gleaned from it -- data is simply a means to an end. But amassing this information is far from trivial because it comes in many forms – from audio, video and still images, word processing, spreadsheets, presentation files, innumerable data formats, the Web and a variety of other sources.

It’s humanly impossible to collect, analyze, store and produce results from such a smorgasbord of sources in a useful timeframe. However, it can be done by Watson, which can ingest and analyze almost any type of data, in virtually any format, correlate it with other sources to uncover insights, and become more knowledgeable in the process. A couple of examples illustrate the immensity of the task and how cognitive computing can tackle it. Figure 2 illustrates how IBM’s Watson Analytics software presents information.

For a manufacturer, Watson can continually monitor and analyze incoming information from systems located anywhere in real time, make decisions about what it learns and autonomously command specific devices to modify their behavior and give humans real-time results. Current information can be combined with stored records about each system including repairs and maintenance, which can be combined with weather conditions and other relevant metrics depending on the application. It can even create work orders and assign a technician to perform the work who has skills in a specific area, while ordering and tracking the delivery of parts.

For auto manufacturers, it can operate on text from customer service transcripts, maintenance logs and even blog comments, tweets, and forum discussions to detect issues that may be occurring at unacceptable rates in a specific model of vehicle. As it can understand the spoken word, a technician working on a machine can ask it why a vibration or some other condition is occurring, after which Watson will link words to meaning and intent, determine what part the technician is referring to, correlate recent maintenance records to identify the most likely source of the vibration, and recommend what the technician can do to eliminate it.

No factor impacts as many industries than weather -- from agriculture, land and sea shipping, aviation, the tourist industry, and dozens more. Without access to real-time weather information and prediction, some industries would be in serious trouble. Weather analysis has become a multi-billion dollar global business -- a fact that wasn’t lost on IBM, which acquired The Weather Company’s business-to-business, mobile, and cloud-based Web properties, including WSI, weather.com and Weather Underground.

IBM now avails itself of The Weather Company’s three billion weather forecast reference points, 40 million mobile phones, data from 50,000 flights per day and cloud-based platform. These resources combined with a huge amount of data from meteorological sensors operated by governments and other entities is fodder for Watson and a big potential resource, and services revenue generator for IBM.

Although the system was originally the size of a small living room, some versions are now the size of three stacked pizza boxes. As a result, it’s now suitable for use in real-world accommodations, and IBM has targeted medical research centers as a primary application, as its benefits are potentially enormous.

For example, Baylor College of Medicine in Houston, TX, has created a program designed to accelerate the pace of medical research using Watson and the institution’s Knowledge Integration Toolkit (KnIT) to unlock patterns with greater precision. For example, a gene called p53 “codes” for a protein that regulates the cell cycle and acts to suppress tumors. The researchers wanted to know which proteins modify it so drugs and other treatments could be more effective.

Watson analyzed 70,000 scientific articles on p53 to determine the proteins that turn its activity on and off. Amassing this information and evaluating it manually would have taken years. Watson did it in a few weeks. IBM is also working with more than a dozen cancer centers, where Watson is helping to provide more informed diagnoses.

As key IoT applications expand, the company is creating discrete solutions, ranging from analyzing data from the nearly 200 sensors in some Formula 1 race cars, providing predictive maintenance for elevator manufacturers, tracking contaminants, conserving energy, improving home and life insurance, and enabling IoT in the “factory of the future”.

The ability to provide meaningful benefits to a large number of industries is one of the primary reasons why industrial IoT has taken so long to come to fruition. There has simply been no way to harness the astonishing amounts of data that sensors in IoT produce. As IBM’s efforts with Watson illustrate, that problem now has a solution thanks to cognitive computing, more “affordable” massive parallel processing power, complex software and solutions created around them.

While these systems are essential to the future of IoT, they’re joined by developments at hundreds of other companies providing the other pieces of the puzzle. So although IoT has long been the application everyone has been waiting for but hasn’t seen, the promised “billions and billions” of connected devices are coming, and many are already here.