NASA Teams up with Texas Instruments to Expand STEM Education

Texas Instruments and NASA are partnering to show students how science, technology, engineering and math (STEM) make space exploration possible with the new mISSion imaginaTIon. The partnership’s programs aim to expand the imaginations of the next generation of scientists, engineers, explorers and innovators. 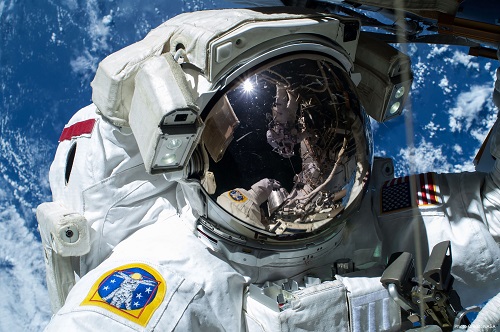 Astronaut Barry "Butch" Wilmore during a spacewalk on Feb. 21, 2015, as the Earth's surface passes by in the background. (Source: NASA)Both brought their areas of expertise together to develop programs that promote STEM-focused lessons for students and teachers in middle and high school.

mISSion imaginaTIon launches today with an online quiz that allows participants to see if they have what it takes for a year-long mission aboard the International Space Station.

After determining whether or not they can live in space, students can then put their STEM skills to the test with the mISSion imaginaTIon design challenge, which asks them to devise solutions to four space-related challenges.

“Imagination is the fuel that feeds progress and innovation,” says Peter Balyta, Ph.D., president of TI Education Technology. “Alongside NASA, we are excited to unleash student creativity as students explore how science, technology, engineering and math can solve future problems on earth, in space and beyond.”

The questions students are asked to solve are based on some of the challenges that Commander Scott Kelly and cosmonaut Mikhail Kornienko are facing in their first year-long mission aboard ISS.

The winner of the challenge will receive a video chat with a NASA expert, a TI-Nspire CX graphing calculator, as well as some other prizes.

The TI/NASA partnership will last four years, and over the course of that time, students and educators will learn more about the space station. Further programs launching in 2016 will train students on the realities of continuous occupation in space.