Young People Dream of Blending Science and Technology At FIRST

According to the Brookings Institution, there are 26 million STEM (science, technology, engineering and math) jobs in the U.S. and STEM jobs make up 20% of all U.S. jobs, and the numbers are expected to grow. Yet, there is a disconnect in that, as the need for STEM workers explodes, there are relatively few students in the U.S. that are pursuing STEM, and there is a further disconnect in the number of qualified instructors available to teach these segments to interested students.

In a September 2010 speech, President Obama acknowledged the problem, indicating that only 16% of American high school seniors are proficient in mathematics and interested in a STEM career. For those who go after a STEM-related college major, approximately 50% choose to work in a related career after graduation.

Pew Research, in a recent report, claims that only 29% of Americans rated K-12 education in STEM areas above average or best in the world. A companion survey of members of the American Association for the Advancement of Science found that 16% called U.S. K-12 STEM education is the best or above average, while 46% said K-12 STEM in the U.S. was below average.

While students are scoring higher on national assessments compared with 20 years ago (and one would wonder why—but that would be another article), they still rank behind several industrial countries. One of the most important national tests, for example, is the Program for International Student Assessment (PISA), which occurs every three years. It measures reading, math ability and science literacy. The most recent PISA results (2012), evaluates the U.S. at 35th out of 64 countries in math and 27th in science. Among the 34 members of the Organization for Economic Cooperation and Development, which sponsors the PISA initiative, the U.S. ranked 27th in math and 20th in science; hardly stellar performance.

At the very least it is difficult to argue that to address the projected percentage increases in STEM jobs, drastic measures need to be put in place—and it will take that proverbial village to make sufficient progress to regain our ability to truly compete.

The Obama administration did reorganize STEM programs, consolidating and restructuring 114 STEM education programs across 11 agencies. Nearly $180 million is to be redirected from consolidated programs to the Department of Education, the National Science Foundation and the Smithsonian Institution to implement initiatives. The revamped programs will identify and implement effective approaches for improving STEM teaching and learning; facilitate the dissemination and adoption of effective STEM instructional practices nationwide; and promote STEM education experiences that prioritize hands-on learning to increase student engagement, interest and achievement in the STEM fields.

While naturally, throwing $180 million at the issue will be helpful, $180 million by itself is not really much of an effort.

So, the question is, what will entice students into the STEM realm, educators to foster this targeted learning, and results that will benefit the country and its competitive ranking? Programs that make learning and teaching so compelling that it would be difficult for students and educators, to resist.

For Inspiration and Recognition of Science (FIRST)

One such program, FIRST (For Inspiration and Recognition of Science and Technology), a 501 (c) (3) not-for-profit public charity, was founded in 1989 by Dean Kamen and is led today by Donald E. Bossi, as the president. When one hears Dean Kamen speak about FIRST, he is articulate and has a passion for the FIRST program that is nothing, but contagious. Kamen is an inventor, entrepreneur and tireless advocate for science and technology. His determination to help young people discover the excitement and rewards of science and technology are the cornerstones of FIRST.

The organization’s defined mission is to inspire young people to be science and technology leaders, by engaging them in exciting mentor-based programs that build science, engineering and technology skills, which inspire innovation and foster well-rounded life capabilities including self-confidence, communication and leadership.

Today, more than 200,000 volunteers are involved in the 2015-2016 season and more than 3,500 corporate, educational and professional institution sponsors as well as individuals support the effort. In just 2016 alone, the FIRST Scholarship Program, with more than 1,000 opportunities and 200 providers, will award more than $22 million in university/college scholarships.

Adding Java Programming to the Competition

The platform, which consists of handheld devices, will be powered by Snapdragon 410 processors from Qualcomm Technologies, Inc. (QTI), a subsidiary of Qualcomm Incorporated, a FIRST strategic partner.

Dean Kamen says that the FIRST students were already ahead of the game with their experience with three emerging technologies: sensors, 3D printing and open-source software. By adding the new mobile element to the already-robust FIRST provides more.

When asked what prompted the new platform addition, Bossi says, “It’s imperative that we give students a real-world experience in robotics programming, so they can build their tech-savvy skill set and prepare now for a future career in STEM. It’s an exciting time for students to program their custom-built robots using Java. Right now, Java is the most popular language taught in high school. Additionally, the native language used in Android development is the most popular mobile operating system around the globe, and there’s no intimidation factor in learning the system since it is the same technology they are already accessing from their smart phones.

In the past, FIRST Tech Challenge teams chose from LabVIEW, an icon-based language, or RobotC, a text based language around C programming. Now, the students can try an icon-based option via FIRST Tech Challenge App Inventor using a Blockly style interface. They can also use Java, via Android Studio, as a text-based option. The options will allow teams to develop Android apps that run on super-fast Snapdragon/Android platform.

FIRST Tech Challenge student Lingrui Zhong, who tested the new beta platform, agrees, “Through this experience, I gained more insight on what it is like to beta-test a software product, to debug an incomplete system, provide feedback and communicate with the developers. It solidifies my programming skill and gives me more learning experience before going into Computer Science field.”

“Teams will now be able to tap into the amazing capabilities of Snapdragon devices as the heart of their control system. We believe this has the potential to inspire students to become future generation of scientists, engineers and inventors, in part by getting them to realize that the device they routinely hold in the palm of their hands can lead them to greater knowledge, new horizons, and eventually meaningful careers,” says Matt Grob, CTO, Qualcomm Technologies, Inc. “This is an evolutionary step for FIRST and another example of how Qualcomm is bringing its expertise in mobile to robotics.” 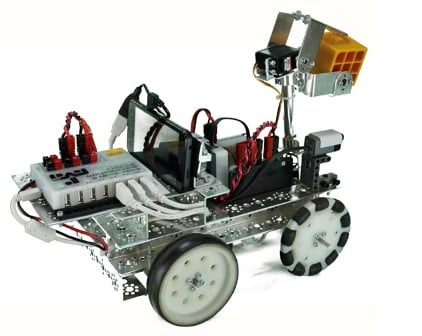 Figure 1. FIRST, an international K-12 not-for-profit organization founded by inventor Dean Kamen, partnered with Qualcomm to offer a Java-Based Android Platform for students competing in FIRST Tech Challenge. Students will use the platform to program their robots this fall for the annual FIRST Tech Challenge competition season.

FIRST Tech Challenge for grades 7-12, is introducing a new Snapdragon-based Android platform that will allow FIRST kids to program and control their robots using Java. Developed by FIRST, Qualcomm and Modern Robotics, kids worldwide will be able to use the new platform in the 2015/2016 FIRST Tech Challenge season. By using a dynamic and widely used platform and language, kids will learn valuable skills they can apply to future coursework and in STEM career fields.

The move to this new Android™ platform demonstrates the FIRST organization’s commitment to utilize the most innovative and advanced technologies and to prepare students with real, relevant STEM skills.

"Similar to the way in which FIRST programs have provided thousands of 3D printers to FIRST teams, our organization is constantly looking for ways we can enable students to gain hands-on experience and master new technology tools,” says Bossi. "By bringing the platform powered by Snapdragon processors and Java programming to the FIRST Tech Challenge, we are exposing our students to the incredible power and potential of devices they hold in their hands and use every day.”

The benefits in the new platform include:

The FIRST teams will also learn and use Java, the programming language now used by more than 8 million programmers and built into 3 billion devices. FIRST students will learn to program their robots with Java, chosen for its ease of use, prevalence in the classroom, and it gives teams great flexibility within the rigors of the competitions.

FIRST Tech Challenge is designed for students who want to compete head-to-head using a sports model. Teams design, build and program their robots to compete on a 12’x12’ field in an Alliance format, against other teams. Teams are required to develop strategy and build a robot based on sound engineering principals, such as rapid prototyping and iterative design.