Devices in the MSP430 series have to date been based on a 16bit proprietary RISC architecture designed for low power. TI (Dallas) has opted to base the MSP432 on the 32bit Cortex-M4F licensed from ARM to provide additional performance including floating-point math operations, while still achieving low power. 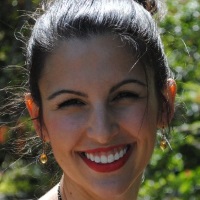 Mione PlantTI has offered ARM-based MCUs since it acquired Luminary Micro Inc. in May 2009. Although these are Cortex-M devices, they are aimed at higher clock frequencies and performance and wired connectivity, according to Mione Plant, MSP430 marketing executive with TI.

The MSP432 makes use of a proprietary 90nm CMOS manufacturing process to allow optimized performance while consuming 95microamps per megahertz in active mode and 850nA in standby power. It is designed to operate at clock frequencies of up to 48MHz and offers an operational voltage range of 1.62 to 3.7V.

TI claimed in a statement that the MSP432 is the lowest power Cortex-M4F MCU on the market and referenced its ULPMark score of 167.4 from the Embedded Microprocessor Benchmark Consortium (EEMBC) as evidence (see Consortium Upgrades CoreMark Processor Benchmark). In fact, relatively few microcontrollers’ ULPMarks are listed so far. Certainly it is not yet possible to make an easy direct comparison with, for instance, the Apollo series of Cortex-M4F MCUs announced by Ambiq Micro (Austin, Texas) in January (see Sub-Threshold Microcontrollers Arrive, Cut Power). Ambiq's MCUs are designed to operate at voltages down to 0.5V.

However, the MSP432 does include hardware acceleration for advanced encryption standard (AES-256) security while IP protection features on MSP432 MCUs provide additional data and code security.

The MSP432 is intended for embedded applications where both efficient data processing and enhanced low-power operation are required in sectors such as building automation, industrial sensing, industrial security panels, asset tracking and consumer electronics, TI said.

A number of design decisions have been made to help with the ultra-low power goal. The available memory spaces offer an example. TI provides two banks of 128kbytes of flash memory for application code, allowing updates while preserving the existing code. It also provides 32kbytes of ROM from MSP driver libraries run to provide a significant uplift in performance.

An integrated DC/DC converter optimizes power efficiency at high-speed operation, while an LDO reduces overall system cost and design complexity. In addition, a 14-bit ADC consumes 375µA at 1MSPS. TI said that developers can expect the MSP432 MCU roadmap to include increasing levels of analog, integration and up to 2Mbytes of flash memory. 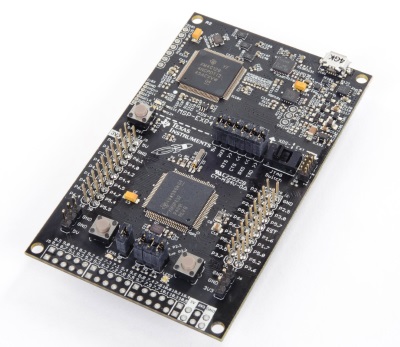 TI is providing extensive support for development of applications on the MSP432, including a LaunchBoard rapid prototyping kit with on-board emulation priced at $12.99. The MCU is supported on multiple integrated development environments, including TI’s own Cloud Development Systems and those from ARM Kiel and IAR Systems. MSP432 MCUs support multiple real-time operating system options, including TI-RTOS, FreeRTOS and Micrium uC/OS.