IC Compiler II, the successor to Synopsys' popular IC Compiler place-and-route tool, was built from the ground up on a multi-thread infrastructure, according to the company. The new tool introduces ultra-high-capacity design planning, a new clock-building technology and advanced global-analytical closure techniques, according to Synopsys (Mountain View, Calif.). It has already been used in designs that have been taped out by several customers, Synopsys said.

According to Sanjay Bali, director of marketing for Synopsys, the new tool is the result of an engineering effort that spanned four to five years. Bali said Synopsys realized that in order to address the growing complexity of IC design the company needed to start from scratch with the successor to its popular IC Compiler product. 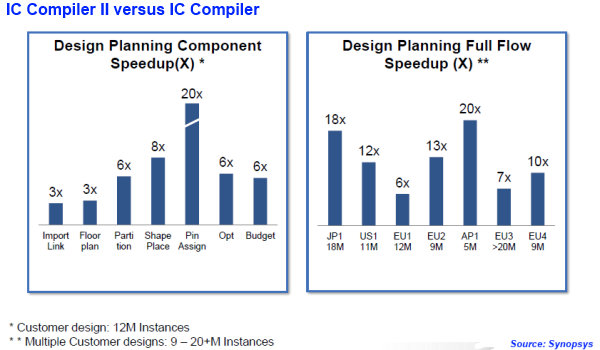 Bali stressed that early input from customers has been very positive. Synopsys has been working with several customers—including Imagination Technologies, LSI, Renesas, Samsung and STMicroelectronics—on the tool, which won't begin shipping until the middle of this year. Though the tool is technically still in development, some of these customers were so intrigued by its capabilities that they used it for designs even though it was not completely ready, Bali said.

Synopsys will continue to enhance and support the original IC Compiler, Bali said, enabling customers to continue using it on designs until they choose to move to IC Complier II. 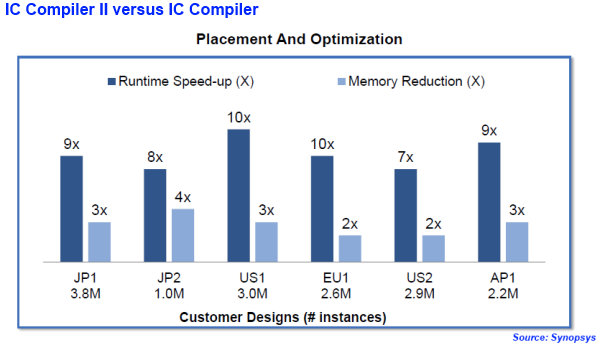 "IC Compiler II represented the single biggest leap in productivity we have seen in many years," said Tatsuji Kagatani, manager of the design automation department for Renesas's system integration business division, in a statement circulated by Synopsys.