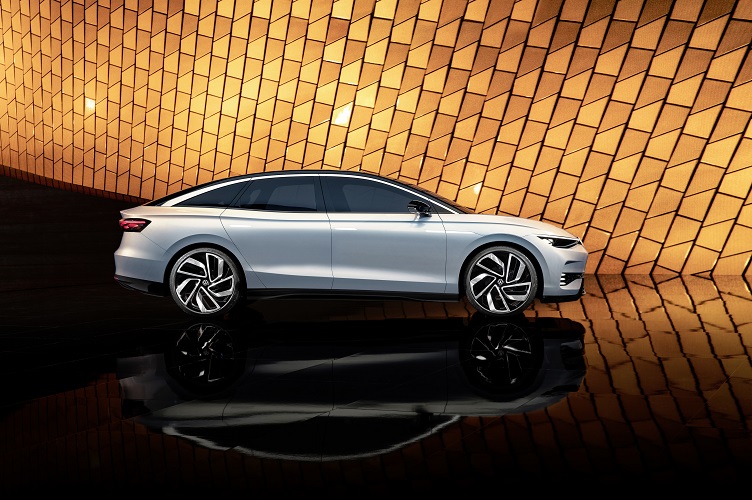 Some believe the new vehicle will be somewhere between the ID.Aero, pictured here, its sedan and the ID.8, a planned electric SUV. Source: Volkswagen

Volkswagen said it will reveal a new electric vehicle (EV) at next week’s CES 2023.

Details are slim to none as the company has not hinted to anything -- only that it would make an announcement.

Many speculate the announcement will be a vehicle that is somewhere between the ID.Aero and the ID.8, with the former being a sedan and the latter being an SUV. Volkswagen introduced the concept images for the ID.Aero earlier this year and declared it would have a production version ready in China, Europe and the U.S. in 2023.

At CES in 2022, electrification showed up big with EVs of all sorts making debuts including electric farm equipment, motorcycles and boats. It is very likely that this year’s tradeshow will bring an equal, if not larger, number of vehicles especially as automakers are ramping up the transition to electrification due to consumer demand and government mandates.

Volkswagen may also have news regarding its plans for autonomous vehicles after shutting down its investment in Argo AI, the joint venture with Ford Motor Company, and turning to Intel’s Mobileye for future autonomous technology.