Volkswagen suspends production at European plants due to COVID-19 virus 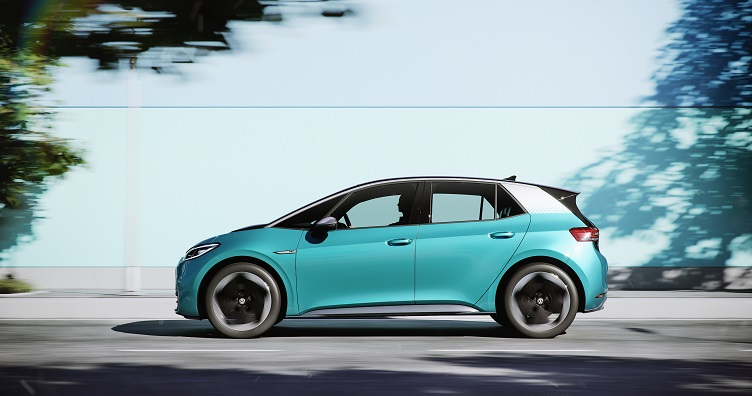 The ID.3 electric vehicle first started production late last year and was expected to ramp up this summer but COVID-19 may change the timetable. Source: Volkswagen

Volkswagen Passenger Cars is suspending production at its European plants in response to what it believes will be the rapid decline in demand in the automotive market due to COVID-19, the global pandemic also known as coronavirus.

Volkswagen said the risks in connection with supply chains are increasing and due to the accelerated rate of infection, factories will remain closed for two weeks.

“The spread of coronavirus in Europe is increasingly having an adverse impact on the demand situation,” Ralf Brandstätter, COO of Volkswagen Passenger Cars. “At the same time, it is becoming increasingly difficult to supply our plants with outsourced parts. For this reason, we have decided to run production down in a coordinated way from the end of the late shift on Thursday. We are convinced that this will also be in the interests of our employees who are becoming increasingly concerned about the spread of corona.”

Officials at Volkswagen said that at a time when people can no longer meet on playgrounds or go to restaurants, they are not likely to buy cars either and with supply problems, production cannot simply continue and therefore it has no choice but to suspend production.

Volkswagen will also close its self-service shops, cafeterias, bistros, restaurants and catering services and all meetings will be held by Skype or video.

As part of this rollout is the development of an electric vehicle (EV) that will be based on its modular electric drive toolkit (MEB) to deliver a low-cost EV that will cost about $25,000 and that boasts a range of about 205 miles.

Called the ID.3, the goal for Volkswagen was to introduce the vehicle this summer and provide an EV that would be comparable in price to internal combustion models. The company planned to roll out 30,000 pre-booked ID.3 vehicles through Europe in the summer and just officially started production on the vehicle late last year.

These timetables were prior to the announcement of the shutdown in Volkswagen’s European manufacturing plants, so it is unclear if the plans are the same or if the release date for the ID.3 will be pushed back. Volkswagen said it will produce and sell the ID.3 in Europe, China and the U.S., which have all been struck hard by COVID-19. The first ID.3 vehicles were produced in Volkswagen’s Zwickau, Germany, manufacturing plant.

EV revolution may suffer in 2020

Every automotive OEM is currently in the process of converting most of their product lines to electrification in response to increased consumer interest and to compete against upstarts such as Tesla Motors and other startups producing EVs.

By all accounts, the EV revolution was set to ramp up in 2020, but with a surge in COVID-19 cases worldwide, a real possibility exists that the global economy will fall into a recession, disrupting the adoption of EVs this year, Bloomberg reports.

Two years ago, GM announced it was closing five production and part plants in order to double its resources to develop electric and self-driving vehicles. GM expects 75% of its global sales to come from battery-EV architectures. But GM is not the only automotive OEM going in this direction. Ford also announced a similar plan that would include an $11 billion investment for restructuring its business with an electrification strategy. BMW is also planning to have 25 electrified models on the road by 2025.

Additionally, GM earlier this year planned to invest $3 billion at its Detroit-Hamtramck assembly plant to produce a variety of all-electric trucks and SUVs. The first all-electric truck from GM will be a pickup with production scheduled to begin in late 2021. However, given these latest developments, it is unclear if this will still happen.

Honda recently made the decision to only sell EVs in Europe by 2025. And Volvo is also targeting 50% of its sales by 2025 to be EVs and all of its cars introduced this year will come with an electric variant.

While the plans will continue to move toward an electrified future, it is unclear at this time how these setbacks due to COVID-19 and the potential risk of a recession will delay these plans.