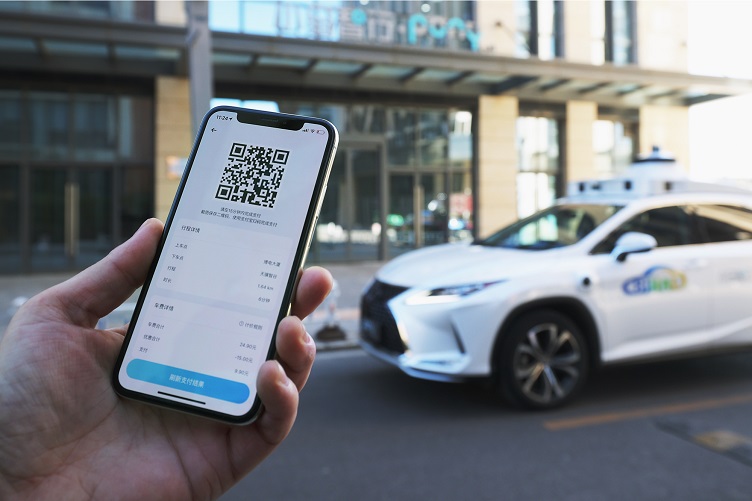 The Pony.ai mobile app and Pony.ai vehicles that will now charge for self-driving ride hailing in Beijing, China. Source: Pony.ai

Pony.ai has become one of the few autonomous vehicle companies to begin charging for robotaxi services in Beijing, China, after receiving approval from the city.

With approval, Pony.ai will be permitted to charge money for robotaxi rides from the public, a significant milestone in the path toward commercialization of services and a big step for autonomous ride-hailing.

Waymo was the first company to receive permission to charge for self-driving car rides in 2018 under its Early Rider program in Arizona. Since that time Waymo has applied for a permit to begin charging for rides in California along with Cruise Automation, the autonomous division of General Motors, earlier this year. Baidu also began charging for autonomous vehicle ride-hailing services in May of this year after receiving approval from the Chinese government.

Baidu’s service is also in Beijing and the city has become the first Tier-1 city to clarify robotaxi commercialization and allowing companies to charge for self-driving services, Pony.ai said.

Under the commercial license, the PonyPilot app will transition from a free experience to a fee-based service and will cover central areas of Yizhuang, about 23.1 square miles, with about 200 travel stations in residential areas, commercial centers and science and technology parks.

Passengers can schedule a ride through the Pony.ai mobile app and view the itinerary costs in both the app and the in-car interface and can complete payment by scanning the QR code through Alipay or WeChat.

Pony.ai began testing robotaxi pilot services in 2018, called PonyPilot, in Guangzhou, China. The company claims it was the first to launch a service in public streets in China. The company also has a permit to operate robotaxis in California as well.