Home assistants have come a long way since the inception of the original Amazon Echo as the first smart speaker for consumers in the home.

The first generation of Alexa-enabled assistants only had basic functions, such as broadcasting the news and weather and playing music. However, as technology evolved and more smart home devices came online, Amazon’s voice assistants were able to connect to these devices for control.

Other skills were developed to help smart home consumers do anything from connect to local radio or tell stories to children and everything in between.

Enter the Amazon Echo Show 15 with a 15.6 inch full HD smart display and 5 megapixel camera. It can power widgets to keep the family on track with shared calendars, personal sticky notes, to-do lists, shopping lists and much more.

Additionally, the Amazon Echo Show 15 can be used for entertainment options such as Prime Video, Netflix, Hulu and other streaming accounts, podcasts or audiobooks. This is in addition to performing the same functions as other Amazon voice assistants.

The following is a partial deep dive into the Amazon Echo Show 15 from TechInsights. 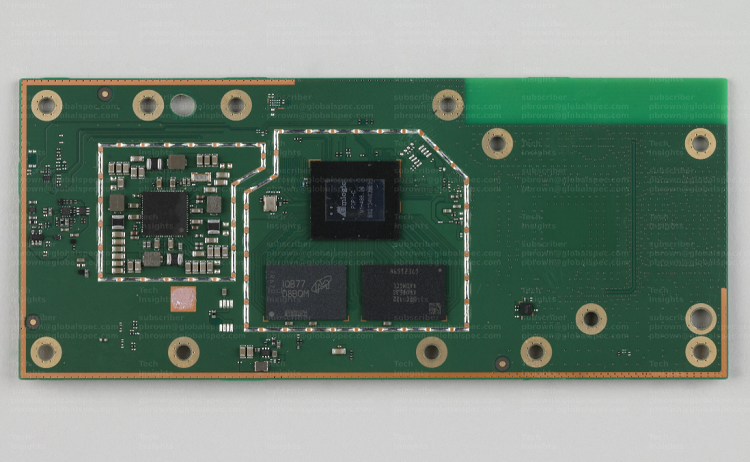 The main board of the Amazon Echo Show 15 includes the main process and memory for the smart home device. Source: TechInsights

The main board of the Amazon Echo Show 15 includes the main processing engines as well as main memory used to power the device including Amlogic’s Arm Cortex multimedia processor, Micron’s 2 GB of mobile LPDDR4 SDRAM and an additional 1 GB of LPDDR4x SDRAM from Samsung. Other components include: 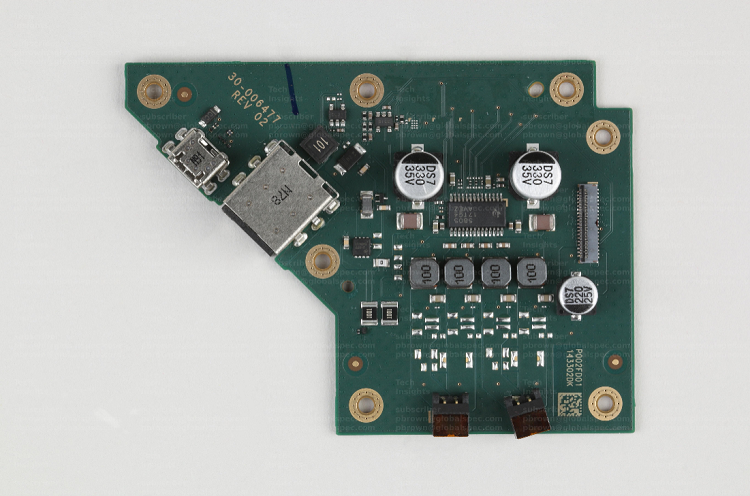 The power board contains the components necessary for power management of the Amazon Echo Show 15. Source: TechInsights

The power board is the necessary component needed to power the Amazon Echo Show 15. It includes numerous components for power generation including the Texas Instruments’ 23 W Class-D audio power amplifier and the TI single differential comparator and 31 V voltage supervisor. 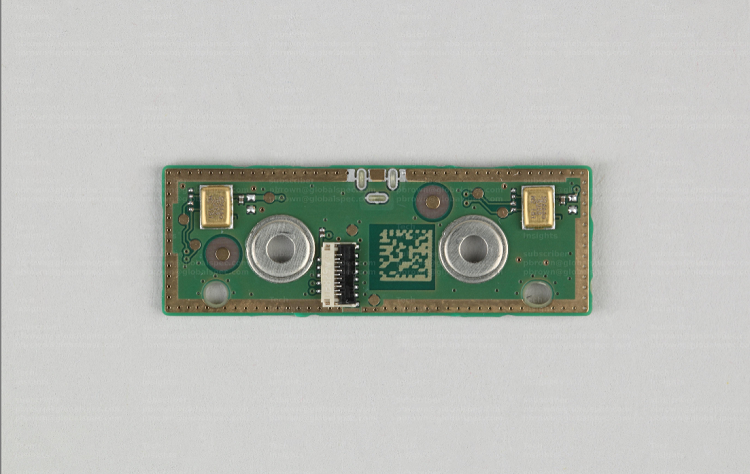 The microphone board is the main point of interaction between the users and the Alexa-powered device as well as the ability to make calls. The main components include two MEMS microphones from Knowles. 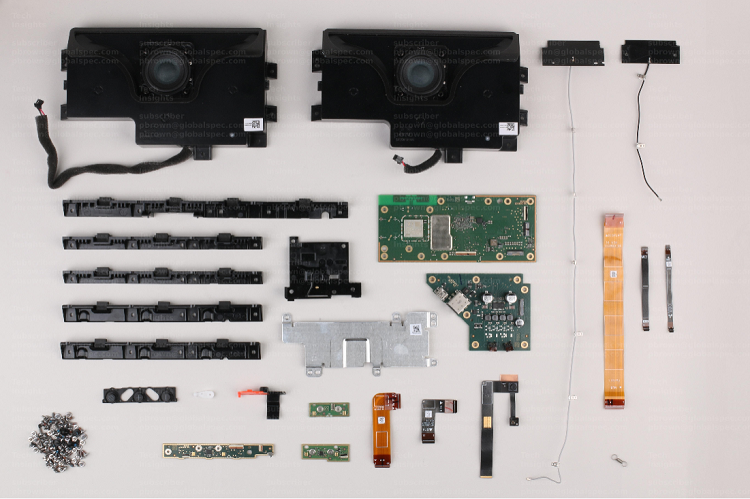 The overall components of the Amazon Echo Show 15 that includes the camera, microphone, power board, main board and other subsystems. Source: TechInsights