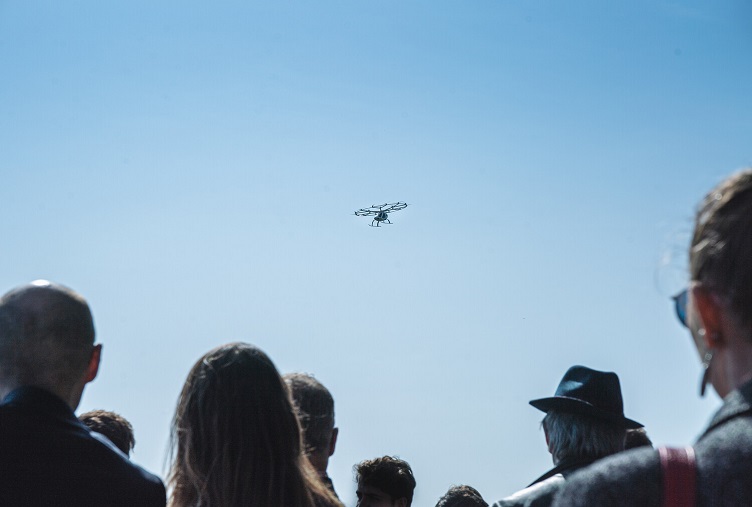 Volocopter used its 2X eVTOL air taxi to test air noise and gather data on how best to use the aircraft for the Olympics and commercial use. Source: Volocopter

In preparation for the 2024 Olympic and Paralympic Games, Volocopter has conducted what it claims is the first crewed flight in France using an electric vertical take-off and landing (eVTOL) aircraft.

The Olympics in Paris, France, is already conducting pilot testing for the use of air taxis during the games. During the event, air taxis will transport visitors along two established flight paths in the densely populated city, which has about 6 million visitors normally.

Volocopter is working with Group ADP and RATP Group, which took part in the week-long urban air mobility (UAM) test campaign that is being used to gather key insights into the use of these aircraft for the games.

The prototype used in the testing, the 2X, was successfully tested at Pontoise airfield in Paris to measure the aircraft’s noise emissions. The data will then be used to shape the future of services for air taxis in and around Paris as well as for future Olympic Games.

This includes addressing the use, acceptability, regulations, technologies and industrialization of UAM air taxis.

“By flying our aircraft in a crewed configuration at a Paris airport, we are proving to one of our launch cities firsthand that our aircraft will offer a practical addition for potential airport-to-city routes,” said Christian Bauer, COO at Volocopter.

The first Volocopter flight took place in France in June 2021, but it was uncrewed.

Volocopter said it plans to have commercial flights using its air taxis, beginning in the next three years.

After the 2024 Olympic Games in Paris, air taxis will be used to connect eight different destinations to ferry passengers to events at the 2025 Osaka World Expo. There, about 20 flights per hour will take place around the Osaka area and surrounding airports.