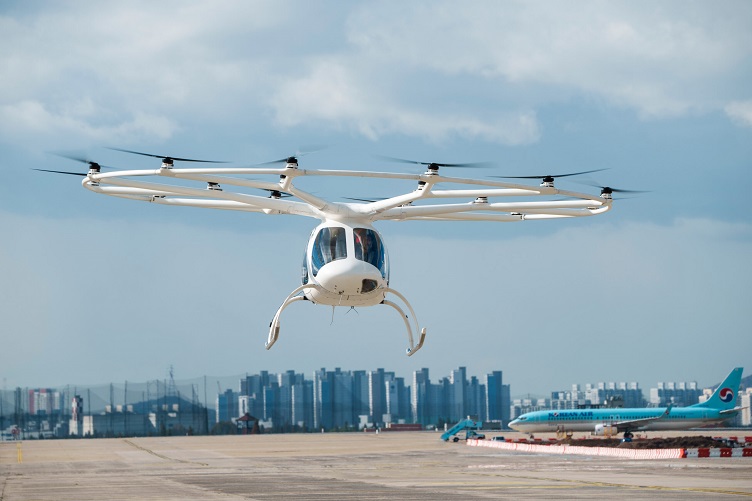 A flying air taxi from Volocopter. The company will be one of numerous eVTOL startups that participate in providing passenger flights during the 2024 Summer Olympics. Source: Volocopter

Visitors to the 2024 Summer Olympics in Paris will get to experience something completely different as a new flying car program that will be used to ferry sports fans from one arena to another.

Pilot testing of the air taxis for the Olympics has already begun and the goal will be to establish two flight paths for the air taxis to transport visitors in the densely populated city during the international event, which has about 6 million attendees normally.

Groupe ADP and RATP Group will test electric take off and landing (eVTOL) flying air taxis at the Pontoise-Cormeilles-en-Vexin airfield in Paris and participating air taxi vendors include Volocopter, Airbus, Vertical Aerospace and Ascendance, Lilium and Joby Aviation — all startups that are currently developing fleets of air taxis.

The 2024 Summer Olympics will focus on two lines: First, between the Paris-Issy-les-Moulineaux heliport and the Saint-Cyr airfield; and second, between Paris-Charles de Gaulle and Le Bourget airports and Paris city.

Groupe ADP, an international airport operator in Paris that owns and manages Charles de Gaulle airport, Orly Airport and Le Bourget Airport, will help in carrying out tests before the Games by developing a series of works at the Pontoise airfield such as a landing and take off area, taxiways, parking stands and warehouse planning.

The trial flights before the Olympics were conducted by: