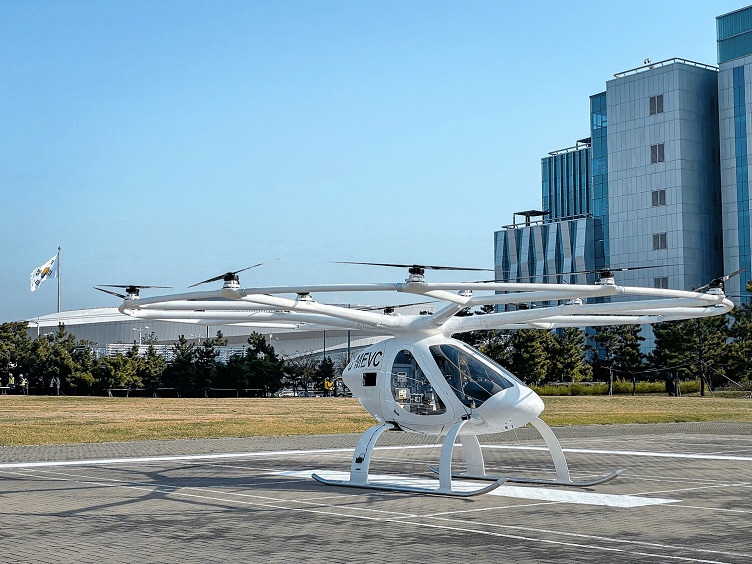 Air taxis from Volocopter may be one of the participants in the 2025 Osaka World Expo which will feature eight routes connecting destinations near the event. Source: Volocopter

At about 20 flights per hour, the air taxis would connect Yumeshima, Osaka’s artificial island and site of the World Expo, to airports and other locations in and around Osaka, Kobe and Kyoto, according to a report from Nikkei Asia.

The project is billed as Japan’s first flying taxi network for transporting passengers.

Expo officials will present to the Japanese government their plan along with manufacturers and operators that will be chosen to develop the vehicles and operation of the air taxis at the Osaka World Expo. Japan’s Ministry of Land, Infrastructure, Transport and Tourism will develop a framework and plan to use the World Expo to show the viability of flying cars in 2023.

Recently, Joby signed a partnership with Ana Holdings, one of the largest airlines in Japan, to explore the viability of aerial ridesharing. The air taxis could be part of the World Expo.

Japan Airlines has also joined forces with Volocopter to start aerial ridesharing and SkyDrive, which showcased its Model SD-03 air taxi at this year’s CES 2022, will likely be participants.

This will be the second public event that will feature air taxis as the 2024 Summer Olympics in Paris will also feature the aircraft to ferry sports fans from one arena to another and other destinations.

The 2024 Summer Olympics will focus on two lines: First, between the Paris-Issy-les-Moulineaux heliport and the Saint-Cyr airfield; and second, between Paris-Charles de Gaulle and Le Bourget airports and Paris city.