Report: TSMC plans to now spend $35B in Arizona fab 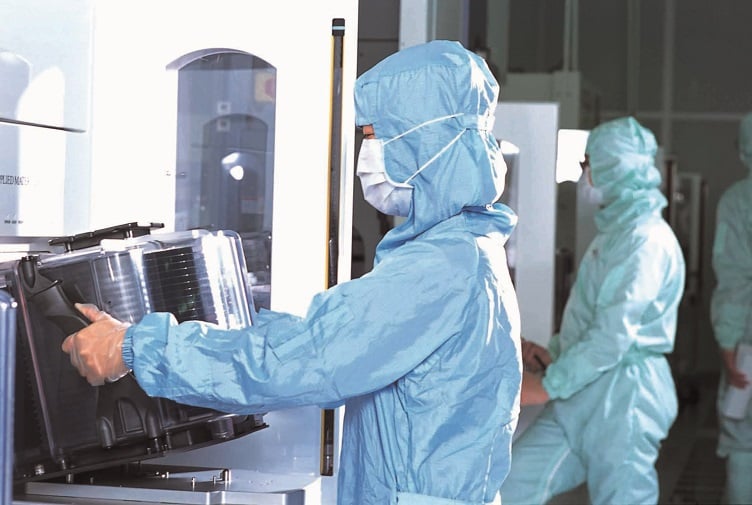 A TSMC worker develops 300mm wafers at a facility in Taiwan. The company plans to spend more on its 300mm wafer fab it plans to build Arizona based on future semiconductor demand. Source: TSMC

Upping its commitment to its state-of-the-art wafer fab in Arizona, Taiwan Semiconductor Manufacturing Corp. (TSMC) is reported to now be investing some $35 billion in the U.S. manufacturing facility, almost tripling the original $12 billion it originally committed.

TSMC said in May of last year construction on the Arizona facility was planned to begin in 2021 with production slated to begin in 2024 and that it would be capable of producing 20,000 300 mm semiconductor wafers per month. The $12 billion investment would be used through 2029 and the facility would create more than 1,600 jobs directly and thousands of indirect jobs in the ecosystem.

According to Taiwanese newspaper United Daily News, TSMC will expand its plans for the Arizona facility into a gigafab capable of producing 100,000 wafers per month. Additionally, the report indicates TSMC will offer salaries to Taiwan-based employees to move to Arizona.

While the move to build a fab in the U.S. happened prior to the COVID-19 pandemic, the move comes at a time when capacity is tight in all semiconductor areas leading to a crippling automotive chip shortage, which could last all year. While building more fabs will not solve this short-term issue because it takes years to get a fab up and running, the gigafab will be able to handle the anticipated 5% growth over the next decade for semiconductor manufacturing, leading to a boom in fab construction.

The expansion of the TSMC facility will also contribute to a renewed interest in expanding domestic U.S. semiconductor manufacturing, which has become a major issue for U.S. semiconductor companies, trade organizations and the U.S. government.

The COVID-19 pandemic caused the world to go into lockdown and semiconductor manufacturers followed suit, reducing capacity and production. As a result, the supply chain dried up and, for automakers that were unsure when demand would return, this meant an even further delay. When other markets emerged from lockdown quicker, there was no capacity left for automotive chips, causing the shortage.

Because of the anticipated demand for semiconductors in the next decade and due to the supply chain shortages, renewed calls to expand U.S.-based semiconductor manufacturing has become a hot topic to stave off future demand issues and prevent the country from falling behind even further.

According to the Semiconductor Industry Association (SIA), the share of global semiconductor manufacturing capacity in the U.S. has decreased from 37% in 1990 to 12% today. This decline is due to subsidies offered by foreign governments, which have placed the U.S. at a competitive disadvantage in attracting new fab construction, the SIA said.

Additionally, Congress is in the process of passing a bipartisan bill called the National Defense Authorization Act (NDAA) that has a provision called the CHIPS for America Act that promotes incentives for domestic semiconductor manufacturing and investments in chip research and enacts an investment tax credit to spur greater domestic chip production.