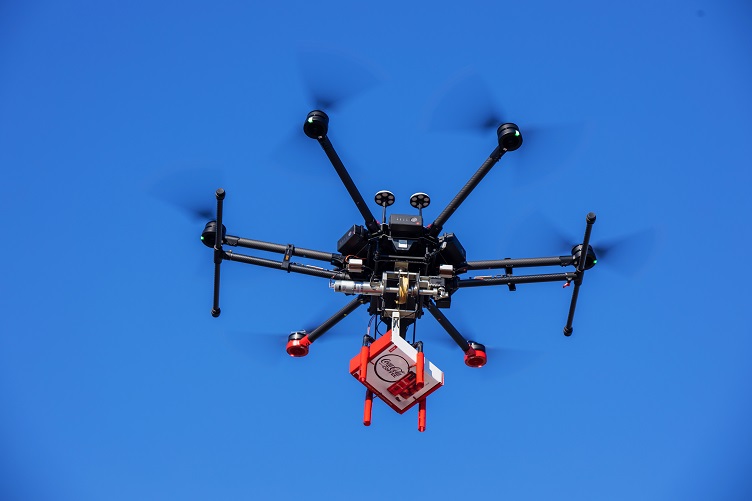 A Droneup drone picks up a pack of Coca-Cola with Coffee for delivery to users in Georgia. Source: The Coca-Cola Company

For those who do not get enough caffeine from a regular dose of Coke, the Coca-Cola Company has a new drink that combines the classic pop beverage with Brazilian coffee.

While that itself is interesting, the technology side of things comes into play as the company is teaming up with Walmart and Droneup to bring the drink to consumers via unmanned aerial systems (UAS).

Starting this month, the companies will begin sending the beverages to residences within a one-mile radius of the Walmart Supercenter in Coffee County, Georgia. The Coca-Cola Company did not specify if the program was for a limited time or if it would expand the drone program beyond the one county, but at least for the initial rollout, drones will be used sparsely.

The U.S. will be the 50th market to launch Coca-Cola with Coffee, which first was introduced in Japan in 2018. The beverage will be available nationwide in three flavors — Dark Blend, Vanilla and Caramel — and in zero-sugar counterparts.

This is not Walmart’s first foray into drone delivery. Last year, it teamed with Flytrex to use automated drones for the delivery of grocery and household items from Walmart stores to homes in Fayetteville, North Carolina.