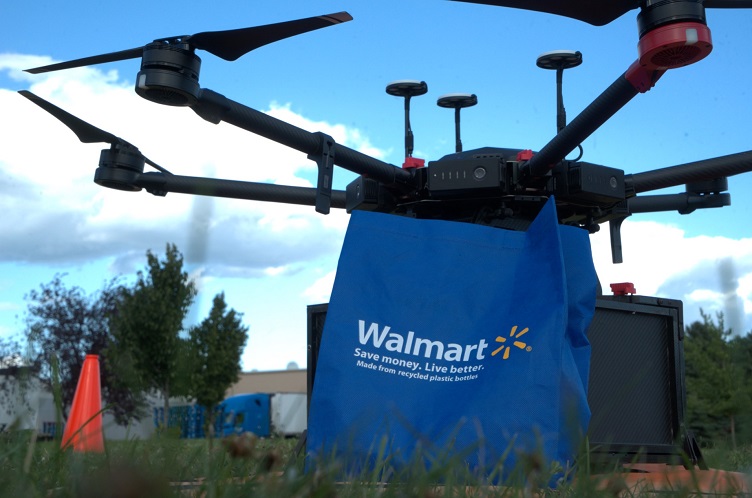 Walmart will start drone delivery operations using in Arkansas using Flytrex drones as part of a next generation of logistics. Source: Walmart

Walmart is starting a pilot project with drone company Flytrex to use automated drones for the delivery of select grocery and household items from Walmart stores.

The pilot project will be based in Fayetteville, North Carolina, and will use Flytrex’s autonomous drones that are controlled over the cloud using a smart dashboard. The goal of the project is to gain insight into the customer and associate experience including picking up and packing the drone to takeoff and final delivery.

While this is just a pilot project for the companies, Walmart said it is learning more about the technology and how it can use drones to make delivery of goods to customers easier. From the pilot project, the companies help to shape the potential of drone delivery on a larger scale.

Walmart has been experimenting with different forms of delivery for groceries and other goods over the past year including using autonomous vehicles by working with Gatik, a self-driving car startup, in an Arkansas pilot project that runs along a two-mile route in Bentonville that includes two Walmart stores in the area.

This is only one of numerous autonomous vehicle programs Walmart has experimented with. Two years ago, the retail giant teamed up with Ford and Postmates to deliver goods and food from Walmart to customers using Ford’s self-driving cars. The project was designed to gather data about consumer preferences when it comes to autonomous delivery as well to determine if the technology could be brought to scale to 800 stores across 100 cities in the U.S.

Drone delivery itself has flourished in the past few years and continues to be tested in numerous operations across the world. The outbreak of the COVID-19 pandemic only accelerated the move to develop drones for delivery as the move to mandate contactless options for consumers has become a paramount issue.

While many believe drones will play a huge role in future pandemics, drones are already being used during the current pandemic. UPS is using drones to deliver prescriptions from CVS and face masks are being delivered to remote areas via drone as part of Drone Delivery Canada’s move to deliver emergency goods to remote regions of Canada. Drones are also being used to disinfect public spaces and spread information about outbreak hotspots to the public.