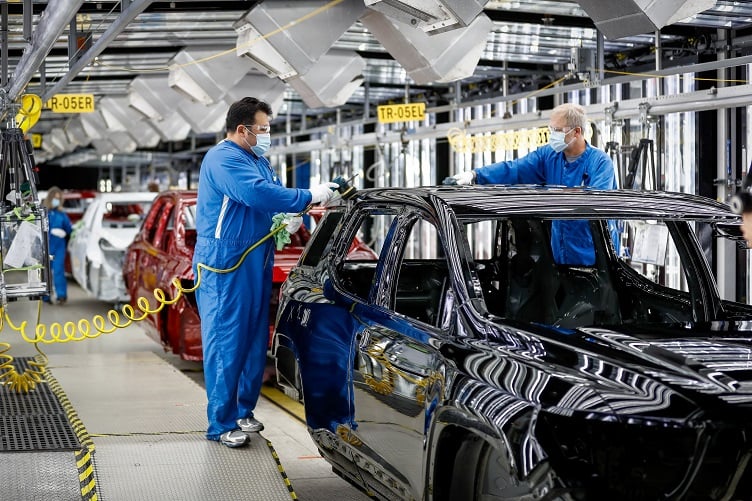 After the upgrades to the Spring Hill facility, GM will produce the first Cadillac Lyriq electric vehicle. Source: GM

The plant will join Factory Zero in Detroit and Hamtramck, Michigan, and the Orion Assembly plant in Orion Township, Michigan. The Spring Hill facility will be the first to produce the new Cadillac Lyriq electric vehicle as well as the combustion engine models of the Cadillac XT6 and XT5.

Additionally, GM said it will invest in five Michigan plants including the Lansing Delta Township Assembly and Flint Assembly for future crossover and full-size pickup production. In all, the six facility investments will total more than $2 billion, bringing GM’s investment in U.S. manufacturing sites to more than $29 billion since 2009.

“These investments underscore the success of our vehicles today, and our vision of an all-electric future,” said Mary Barra, chairman and CEO of GM, in a statement.

Production of the GMC Hummer electric vehicle, the first of a series of all-electric trucks and SUVs, will begin in late 2021 at GM’s Factory Zero plant. This will be followed by the manufacturing of the Cruise Origin, an all-electric, self-driving vehicle.

GM and LG Chem also formed a joint venture that together will invest $2.3 billion to build a battery cell manufacturing plant in Lordstown, Ohio, that will be a critical part of GM’s electrification future.