The 5 coolest concept vehicles from the 2019 Geneva Motor Show 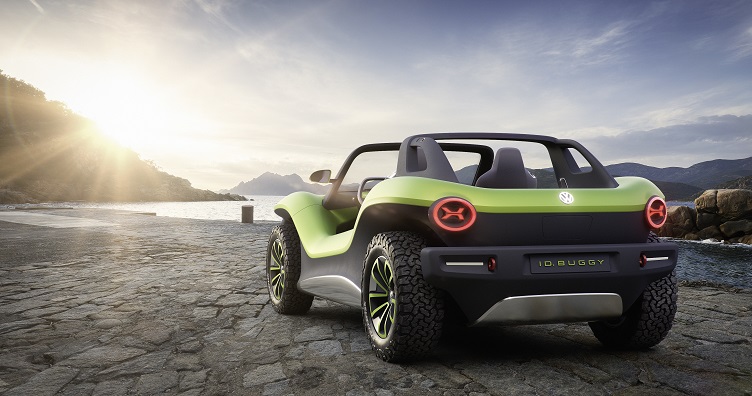 The top of the Volkswagen buggy concept can be removed to customize the car with different tops. Source: Volkswagen

While CES has become a major tradeshow for concept vehicles in the automotive space, the International Geneva Motor Show continues to be one of the biggest shows for automotive OEMs to roll out their latest and greatest. Of course this isn’t just to showcase the latest vehicles that will be for sale in the coming year. The show also highlights the concepts behind what the driving future might look like.

This year's International Geneva Motor Show was no different with an introduction to a host of new vehicles. The 2019 International Geneva Motor Show showcased the latest electric vehicles that continue to become a larger part of every automotive OEM’s portfolio. Companies planning to sell only electric vehicles within the next decade include Honda, Volvo and GM, the latter of which recently laid off a number of workers while at the same time bolstered its investments in EV late last year.

Beyond electric vehicles, prototypes were on display with a number of cool and interesting designs that aren’t quite ready to be put into production but that give consumers a glimpse into what they might be driving in a few years.

Honda said the target customer for the e Prototype vehicle is someone living a modern urban lifestyle. The car is an all-electric, connected vehicle that has a range of 200 kilometers and a fast charge functionality of 80% battery charge in 30 minutes. This fast charge function is designed for commuting and its small design is to enable the car to fit into tight spots that are characteristic of city living.

Designed for the beach or the city, the Volkswagen ID. Buggy is a zero emissions vehicle that takes the idea of a dune buggy and merges it with electric mobility.

The electric vehicle is manufactured from a mixture of aluminum, steel and plastic and due to the modular design, the upper body can be detached from the chassis in order for manufacturers to develop different versions based on the needs of customers. Volkswagen plans to sell the base of the buggy to third parties for the development of customized vehicles.

The zero-emission drive and battery are based on a modular electric drive matrix (MEB), which Volkswagen said it plans to also market to competitors to make their own electric vehicles based on the platform. That will begin sometime this year, the company said. 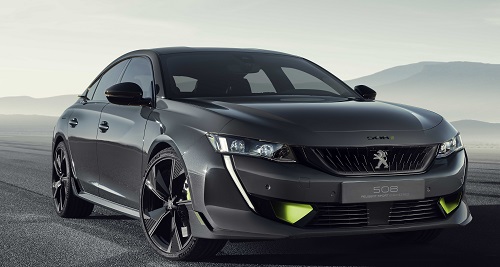 The 508 Sport vehicle will have a speed cap but go from zero to 62 mph in 4.3 seconds. Source: PeugeotThe concept sports car from Peugeot, named the 508 Sport, is designed to cater to car enthusiasts who need a bit more power in their electric vehicles. The Peugeot concept features the company’s 200 engine and 110 bhp electric motor driving the front wheels and a separate 150 kW electric motor powering the rear wheels. The car can go from zero to 62 mph in 4.3 seconds but has a mechanically limited top speed of 155 mph.

The 508 Sport includes an 11.8 kWh battery with a zero-emission range of up to 31 miles when switched to 100% electric mode. The car also incorporates a 3D-printed valence designed to direct incoming air toward the radiator and a new rear diffuser.

There is no time frame for when the car may be available, if ever, but it is an interesting take on the sport variant of electric vehicles, showing that when combustion engine vehicles are put out to pasture, drivers can still get sporty, fast vehicles. 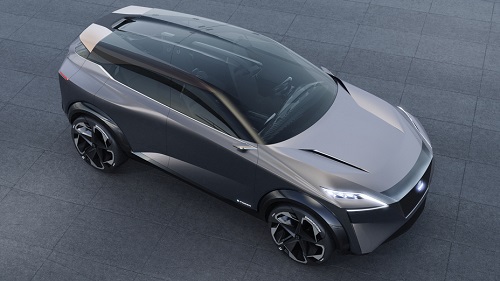 The IMQ prototype includes augmented reality that can create a traveling avatar in the car. Source: NissanThe all-electric Nissan IMQ concept vehicle is designed with an all-wheel-drive system delivering a total output of 250 kilowatts and 700 nm of torque.

Inside the vehicle there is a graphical user interface powered by an 840 mm screen embedded into the instrument panel to give vehicle information to the driver and passengers. There is a smaller secondary screen above the center console that hosts a virtual personal assistant to handle functions such as navigation that responds to input from the driver.

Other features include invisible-to-visible (I2V) technology, which is a 3D interface that converges a virtual world with the real world. The mixed reality feature shows information about the road to both drivers and passengers in front of them and helps drivers see around corners, get information about traffic or accidents and determine alternative routes. The system even allows for a virtual passenger in the form of a 3D augmented reality avatar inside the car, although this probably won’t allow you to use the carpool lane. 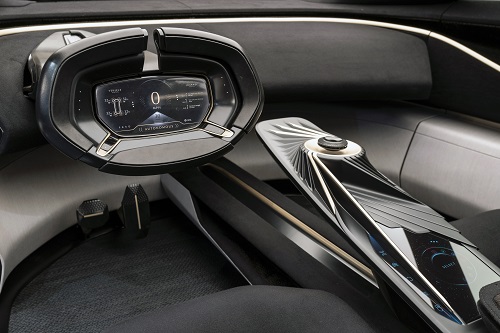 The roof of the All-Terrain SUV concept opens up. Source: LagondaDipping into the luxury brands, Lagonda, a division of Aston Martin, unveiled the all-terrain concept vehicle at the Geneva Motor Show with a planned production start beginning in 2022 at the company’s St. Athan, Wales facility.

The fully electric SUV will feature a number of futuristic functions such as a roof that opens upwards, a strip of LED lights that are placed in the clamshell rear hatch that hides the source of illumination but gives off enough light for passengers to see inside and rear-hinged back doors due to the fact that the batteries are stored in the floor of the vehicle. The interior of the vehicle is also designed to remove much of the dashboard and place all vehicle functions inside the steering column.

While specifications and pricing for the all-terrain concept are unavailable, Lagonda said the car will match the performance of other luxury brand vehicles the company is manufacturing.