GM’s Layoffs and EV Investments are Proactive for its Future 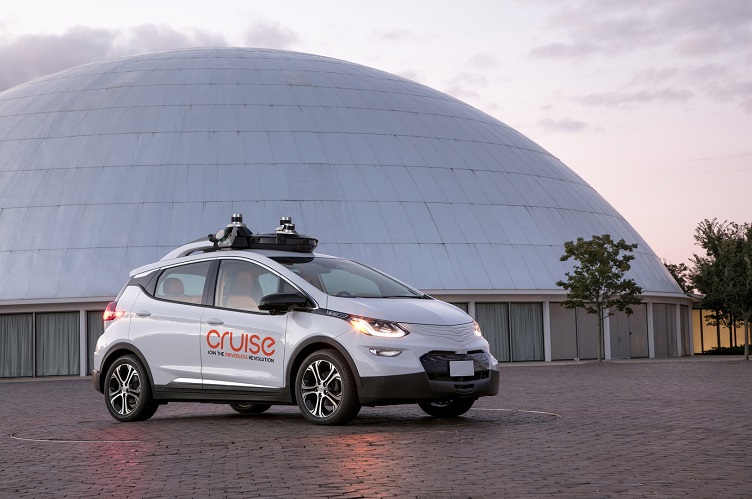 GM's Cruise Automation division is focused on self-driving cars, which will be part of the company's main strategy moving forward. Source: GM

This week General Motors announced it was closing five production and parts plants in North America, affecting more than 6,700 jobs.

In the announcement, the OEM said it would double its resources to develop electric and self-driving vehicles, noting that over the next decade GM expects 75% of its global sales to come from battery-electric vehicle architectures.

The move follows a similar announcement from Ford back in July, that it would be reorganizing its workforce and reducing employee headcount over time. Part of this restructuring includes further funding its autonomous vehicles and electrification strategy, with investments of $11 billion in electrification and $4 billion in its self-driving vehicles.

While it is a hard decision that will impact thousands of lives, the move plans for the future of the GM.

“Manufacturing cars is a capital intensive industry and more so today than ever before,” Stephanie Brinley, principal automotive analyst at IHS Markit told Electronics360. “The development of self-driving vehicles, electrics cars and how mobility services will play a role is making automakers rethink where their needs will be in the coming years.”

Two paths are being formed by automotive OEMs: One path has OEMs developing combustion engines for the market today; the other path has OEMs looking ahead to the future where electric vehicles (EVs) and self-driving cars will be the new normal.

“Even though these companies are profitable and in a healthy position, they need to make sure they have enough money to do what is necessary for the long term and are taking a hard look at where they need to be in the future,” Brinley said. “Normally you hear about layoffs when things are bad and it is a reactive measure. However, this is more about being proactive and how GM funds its future.”

As regulations and fuel economy mandates become increasingly strict, automotive OEMs must refocus to electric technologies, even though current-generation electric engines are not as mature as combustion engines. If electric vehicles are going to truly take off over the next decade, as GM predicts, automotive OEMs have to refine electric engines so they won’t be behind other, all-EV companies, such as Tesla, when demand emerges, Brinley said.

“GM has said it will one day be all-electric and at that point you don’t need the combustion engine,” Brinley said. “So where do they put their investments now to prepare, and they have decided to put that investment in areas where they don’t necessarily have the skills now.”

Electrification of vehicles is a trend the entire industry is working toward, and this development extends beyond the U.S., including Europe and China. Automaker reorganization to prepare for the EV future has become a global challenge, as Daimler and Volkswagen have both signaled that the development of this technology is going to cost much more than they originally thought.

“So how that plays out and whether other companies take the same path as plant closures and layoffs remains to be seen,” Brinley said. “But where companies invest their time and energy is a conundrum that every automotive OEM is looking at and we may see some changes.”