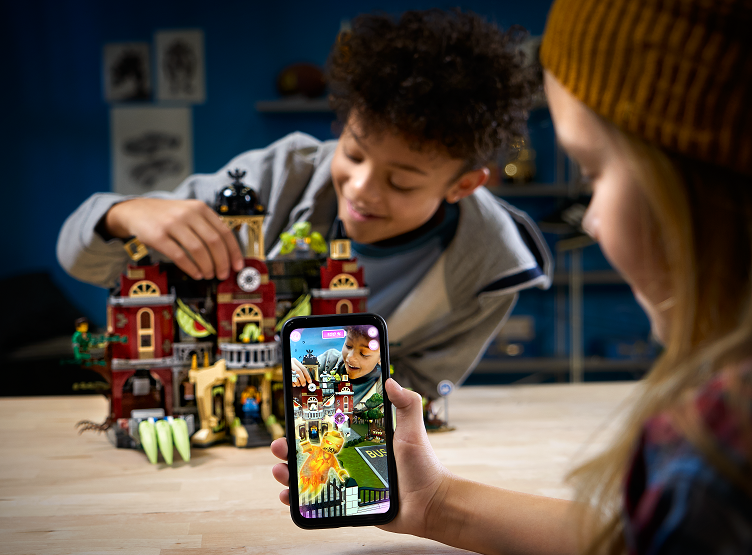 Using a smartphone or tablet, kids can project ghosts and other characters into their LEGO sets. Source: LEGO

The company will showcase the Hidden Side toy set at the upcoming American International Toy Fair taking place Feb. 16-19. There will be a series of eight building sets and an AR app that can bring the models to life, revealing a hidden world.

Using a smartphone or tablet, players assume a first-person perspective of the augmented reality characters. The game prompts players to interact with various elements of the toy set, unleashing ghosts that must be captured.

Of course, this isn’t the first time augmented reality has been used with gaming. Some would say AR got its big break as a result of the Pokémon Go craze that captured consumer’s attention in 2017. While mixed reality apps, headsets and glasses have all been in development prior to Pokémon Go, it wasn’t until the game was released that the market accelerated and saw commercial development.

There have been a number of other toys combining augmented reality, including MekaMon from Reach Robotics that combined AR with battle bots creating a virtual environment for the physical bots to fight. Disney has gotten in on the act with its “Star Wars” themed lightsaber battles that combine physical toys with a virtual world that brings the iconic futuristic weapons to life.

The LEGO Hidden Side toys will be available this summer with the app available for free on iOS and Android.