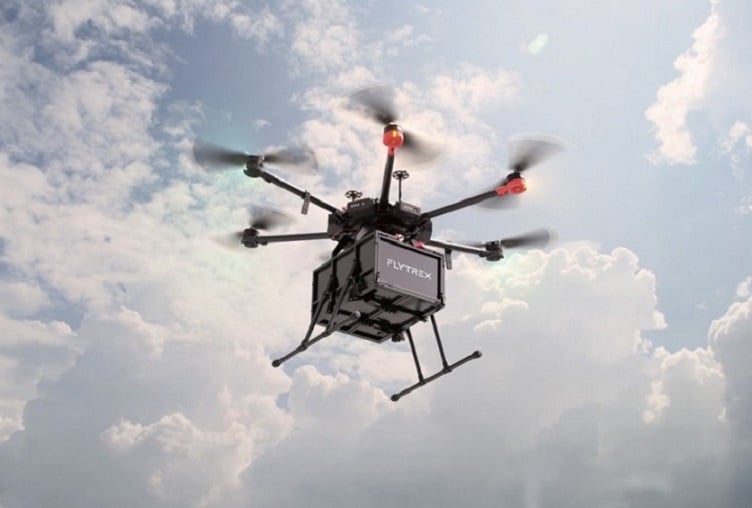 The Flytrex Mule drone is outfitted to make deliveries of food, packages and clothing. Source: Flytrex

The steadily falling cost of unmanned aerial vehicles (UAVs), commonly known as drones, has allowed for their expanded use in everything from photography, racing, and surveying to package delivery. Drones for recreational use are also on the rise.

With drone use expected to continue to grow, greater attention is being paid to issues related to security and public safety.

Incidents involving drones flying near critical infrastructure areas and major airports are increasing in number. One widely reported incident occurred late in 2018 when a handful of drones grounded flights at Gatwick airport in the U.K., affecting about 110,000 passengers who had their travel plans affected by the alleged intrusion.

In January, London’s Heathrow Airport briefly closed after drones allegedly were spotted in the areas. Possible drone sightings near New Jersey’s Newark Liberty International Airport disrupted flights both in and out of the area causing delays. And a Greenpeace drone dropped smoke bombs on a French nuclear power facility to expose a weak point in the facility. 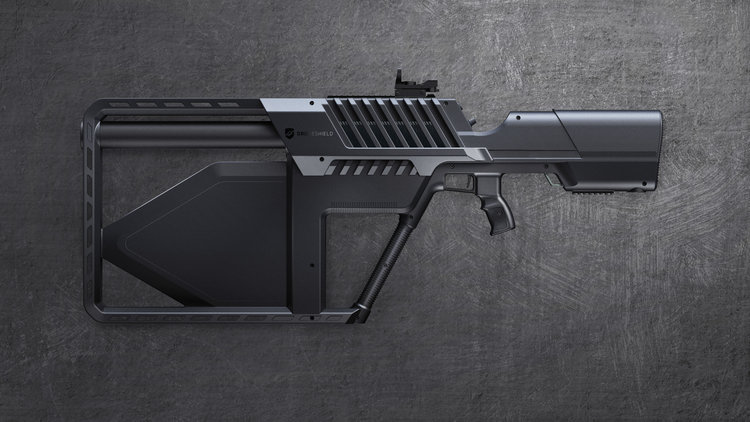 The DroneGun Tactical is a rifle shaped drone deterrent that brings the devices down from the air safely. Source: DroneShieldThese types of incidents rfaise important questions that will need to be addressed in 2019. Namely, how do governments and critical facilities prevent drones from getting so close and what penalties will be established to deter behavior?

“I believe this is not a matter just for 2019 but is the most important issue that needs to be addressed in the next few years if we are to see drones being deployed in a large scale,” Stelios Kotakis, senior research analyst for service provider technology at IHS Markit, told Electronics360.

Kotakis said measures likely will be taken this year for traditional aviation to allow governments and regulatory authorities to identify any flying drone at a given time in a specific area.

Companies such as DroneShield and Dedrone are working on ways to combat drones that threaten high-security areas or installations with both hardware and software solutions.

DroneShield has developed sentry devices equipped with radar and thermal imaging to track down incoming drones. DroneShield also has the DroneGun Tactical, a rifle-like device that can bring down drones in what the company says is a safe manner.

Dedrone has developed both RF sensors with drone tracking software that includes both passive and active countermeasures that can be used to track drone flight paths as well as the location of pilots.

The drone delivery market has heated up in recent months. Both small and large companies are launching pilot projects to test the viability of this form of last-mile logistics and goods transport as it goes mainstream.

Drone delivery services in 2019 will continue to ramp up with more projects testing the technology and determining how it interacts in complex operational space. Flytrex, which delivered more than 1,000 goods in Iceland in 2018 and began ferrying food and drinks to patrons at a North Dakota golf course, will begin a program as part of the FAA’s UAS Integration Pilot Program. That pilot will bring food, drugs and clothing to consumers in Holy Spring, North Carolina.

“We are beginning to reach a point of instant gratification of whatever you want as fast as you can order online,” said Yariv Bash, CEO of Flytrx.

Bash said drone delivery is well paired with online ordering that blossomed as a result of offerings such as Amazon Prime. Amazon told consumers it would cut shipping costs so people felt at ease with ordering one thing at a time, Bash said. “We see this as the ultimate use for small, light drones and will eventually be a preferred method of shipping on different sites.”

Although drones probably will not carry the next large-screen TV that consumers order, Bash said drones can carry about 90% of what can be sent through Amazon.

While pilots will continue to ramp up drone delivery in 2019, wide-scale drone deliveries won’t happen until the end of 2020 or early 2021 when the technology evolves and regulation is sorted out, Bash said.

IHS’ Kotakis agrees that technology such as detect-and-avoid capabilities need to develop in order to further drone use in the delivery market.

“We also need further justification of the value added by drones in specific business areas and reasoning of why this value cannot be achieved with optimizing even more traditional methods,” he said.

Another trend that will see expansion in 2019 is the use of drones in safety, search and rescue, and firefighting. Drones reportedly already have saved more than 130 people at sea, lost in the wilderness or in car crashes. Compared to helicopters, drones can be deployed quickly and directly into the field. They can also carry thermal imaging devices to see through smoke, fog, darkness or vegetation.

The adoption rate of drones in public safety roughly doubled from 2014 to 2017, according to Romeo Durscher, director of public safety integration at DJI, one of the largest drone makers.

The U.S. has about 27,000 fire departments and 18,000 police departments, Durscher said. Of those only only 500 have a manned aircraft unit. That creates a need to have quickly deployable platforms capable of providing an aerial overview at a much lower cost than a manned aircraft.

Durscher said that more departments and city agencies will make use of this technology because it is cost effective, it helps protect the public and, it "increases safety to the boots on the ground.” 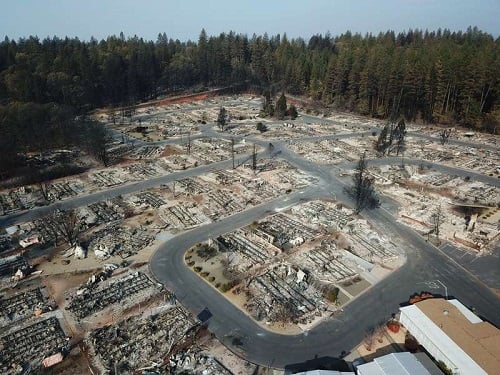 A DJI drone photo of Paradise, California, after the fires devastated the town in November. Source: DJOIn November 2018, DJI worked with 16 public safety teams after fires devastated Paradise, California. DJI helped to map the town and processed the data within 48 hours. It launched more than 500 flights and took more than 70,000 images to cover 17,000 acres. DJI provided information to rescue and recovery operations as well as the people who were forced to evacuate. In the past 14 months, DJI has helped with three wildfires in California.

“While we are not at a stage to actively fight wild fires, we have the ability to provide incredible helpful data to not only the front lines, but also for disaster recovery,” Durscher said.

Using thermal cameras, the drones could fly at night to detect hotspots and better track fire lines so that teams have the most up-to-date data. The drones were also used in recovery efforts in burned buildings, searching for survivors before K9 units went in.

Beyond visual line of sight

One emerging technology in addition to detect and avoid is beyond visual line of sight (BVLOS), widely considered a necessary next step for the future of drone operations and paramount for drone delivery. BVLOS allows drone operators to conduct complex drone operations where the device flies beyond a point where they can see it. It also allows drones to be able to conduct autonomous flight with no pilot needed for take-off or landing.

Companies are already testing BVLOS in the field. Vodafone in the U.K. has been working on drone flights using its 4G networks. Typically, drones communicate back to the pilot via a radio link, giving the operator a line of sight within the operating range. With a 4G modem on board, drones could be monitored in real time from a greater distance without having to stay directly in range of radio signals.

Drone Delivery Canada has also started testing BVLOS flight tests in Alma, Quebec, Canada, as part of the first phase of Canada’s Remote Communities Project. The BVLOS testing is designed to learn how drones perform over long distances to rural locations in northern Canada that typically do not have access to medical supplies or other much-needed items.

Kotakis said that efforts toward ensuring flight BVLOS can become a safe reality in 2019 given testing that has already been completed.