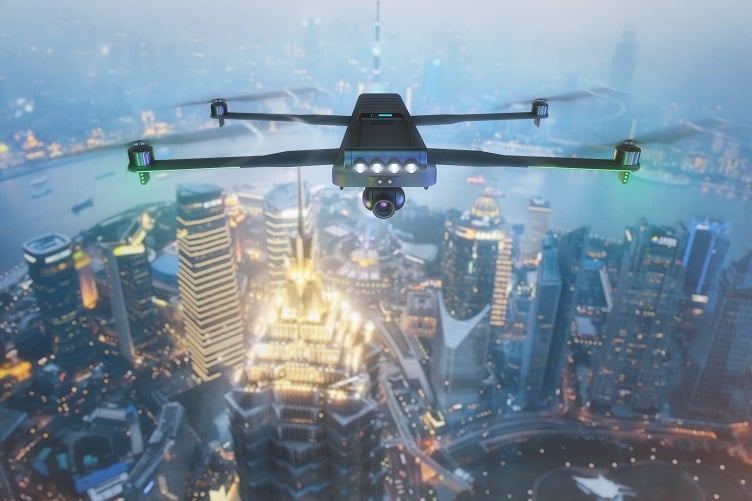 The project will help improve airspace awareness for remote pilots that want a clearer picture of all the users operating in the same airspace. Source: AdobeStock

The project — involving Trax International, uAvionix and Plane Finder — aims to deliver an operating environment where all airspace users are detected and presented to drone operators in order to demonstrate “detect and avoid” technology that is as good as similar technology used in conventional commercial aircraft.

The project will help improve airspace awareness for remote pilots that want a clearer picture of all the users operating in the same airspace, Amit Ganjoo, founder and CEO of ANRA told Electronics360.

“Our goal is to help mitigate ground and air risk to enable BVLOS drone operations for this project that moves from segregated to non-segregated airspace,” Ganjoo said.

Temporary danger areas (TDA) are established in the U.K. to provide airspace separation between BVLOS operations and other airspace users. The more these TDAs are created, the more they pose a safety risk in terms of airspace complexity and efficiency. This project would allow an operating environment without the need for a TDA (non-segregated airspace).

A variety of issues

Ganjoo said the integration of UAS operations into existing airspace systems presents a variety of issues, the most serious of which being drones infiltrating restricted or heavily trafficked airspace. 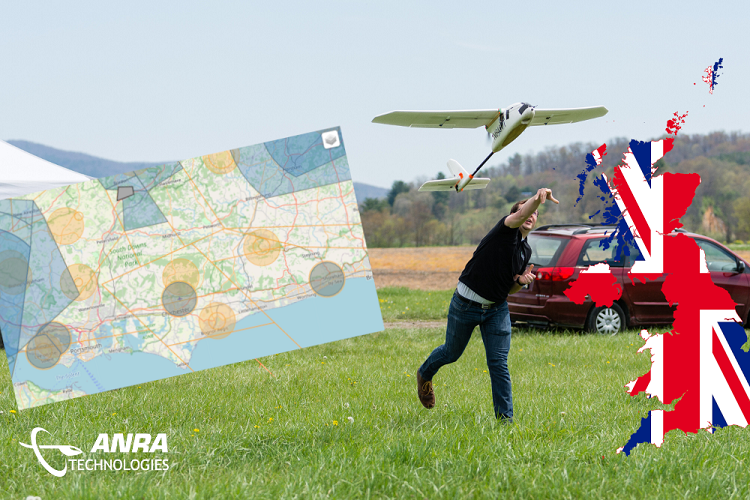 A live trial of the BVLOS project is expected to take place in 2021 at the U.K.’s Aviation Innovation Centre at Goodwood Aerodrome. Source: ANRA

In 2018, a significant drone incident grounded flights at Gatwick Airport in the U.K., affecting the travel plans of about 110,000 passengers. In 2019, drone sightings near New Jersey’s Newark Liberty International Airport disrupted flights both in and out of the airport. It has also been reported that over the past five years, there have been 117 alleged drone airport trespassing incidents in Ohio alone.

Additionally, airline pilots have reported that they have trouble seeing drones in nearby airspace in a study that showed certified pilots failed to see common quadcopter drones during 28 out of 40 close encounters and when the drones were motionless, pilots only detected the aircraft three out of 22 times.

With the volume of UAS operations across both controlled and uncontrolled airspace expected to increase, these challenges will only become compounded. The project, using ANRA’s UAS traffic management (UTM) system, will help promote safe and equitable airspace for both manned and unmanned aircraft and will provide an intelligent management tool that helps deconflict traffic for remote pilots.

“We believe the future of expanded drone operations begins with solving two major challenges,” Ganjoo said. “The first is remote identification of drones, a subset of electronic conspicuity [transmitting the position of a host aircraft to other aircraft]. And the second is a trusted and resilient UTM system.”

Live trial and the next steps

A live trial of the BVLOS technology is expected to take place in 2021 at the U.K.’s Aviation Innovation Centre at Goodwood Aerodrome. During the trial, the companies will test the UTM system to improve safety and enable BVLOS operations and utilize the 978 Mhz band. This band was established by the U.K.’s Civil Aviation Authority (CAA) as a secondary automatic dependent surveillance-broadcast (ADS-B) frequency to share surveillance and flight information data with other airspace users.

“The consortium has been awarded U.K. Research and Innovation (UKRI) funding because the technical solution proposed by the project was considered an essential enabler for a multitude of UAS projects that would allow more effective recovery from existing and/or future COVID impacts,” Ganjoo said.

Much like ANRA, numerous other drone vendors see the development of BVLOS and other UAS technologies as being a key to fighting future pandemics as the technology will be even more developed than it is today.

However, drones are already playing a role in the fight against COVID-19. Drones are being used not just for delivery of food, packages and medical supplies (including those to remote areas), but also to disinfect public spaces and spread information about coronavirus hot spots and to break up crowds not conforming to social distancing.