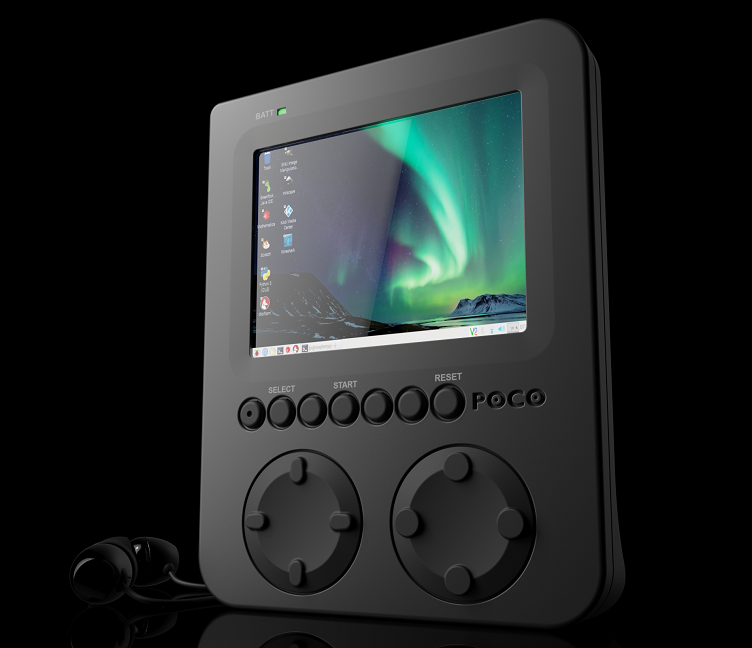 Poco can be used to create a retro gaming console with thousands of games available. Source: Grant Sinclair

The advent of maker boards such as Raspberry Pi and Arduino are giving tinkerers and hobbyists a way to create cool designs for electronics devices as well as giving students a leg up in STEAM (science, technology, engineering, art and math) education. It is also now giving rise to small companies creating fun gadgets based on the maker boards.

We have already seen how any toy can be easily changed into a laser tag weapon, how maker boards teach kids about robotics, how a Raspberry Pi can be used to find Waldo. Google has also entered the arena with its own DIY kits for advancing machine vision and voice-activated projects.

Users can download a free emulator such as RetroPie in order to turn the DIY maker kit into a retro gaming machine that can emulate more than 50 classic game consoles with thousands of games. The kit can also be built as a fantasy console for making, sharing and playing tiny native games and other computer programs for STEAM learning.

Poco is also capable of transforming into a thin music or media player by downloading RuneAudio or Kodi to play sound through the built-in speaker or 3.5 mm jack socket. Poco can also be transformed into an action camera, dash cam, bike cam or wearable time-lapse cam by using pre-installed camera software for 120-degree wide angle using the built-in 2.8 inch screen. The maker kit can also be used to teach coding.

The maker kit is available for pre-order on Grant Sinclair’s website now, with delivery dates slated for the coming weeks priced at $190.