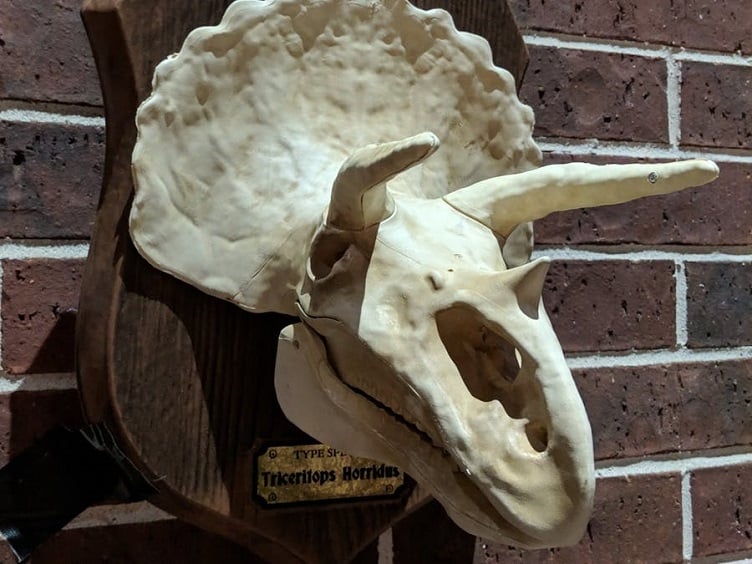 This DIY project features an Echo Dot with an Arduino for a jump scare. Source: Arduino

Halloween is a time of fun for everyone young and old; scary movies, people dressing up for parties and work, kids eagerly waiting to Trick or Treat. But Halloween is also a time to create new inventions based on some of the most popular developer boards on the market — Arduino and Raspberry Pi.

A group of makers has created a number of Halloween-themed projects to inspire makers, entrepreneurs and even budding engineers.

DIY Machines has created a dry ice machine that is 3D printed, portable, Bluetooth-controlled and includes light-emitting diodes (LEDs) to change colors of the fog to red, blue, green or white. The fog machine is built using an Elegoo Arduino Nano developer board with an L298N motor driver, an HM10 Bluetooth module and it runs on standard AA batteries.

To create a dry ice fog machine, go to the Arduino ProjectHub.

Available at just about any Halloween superstore are spooky props that jump at unsuspecting people, giving them a jolt. These are generally very expensive and elaborate. One maker has come with a jumping spider gag that is cheap to make but that still delivers the same fright.

The project uses an Arduino Uno and Genuino Uno developer board with an ultrasonic sensor and continuous rotation servo to drop a spider from a string onto a visitor’s hand as they try to ring the doorbell.

The full schematics can be found on Arduino’s ProjectHub website. 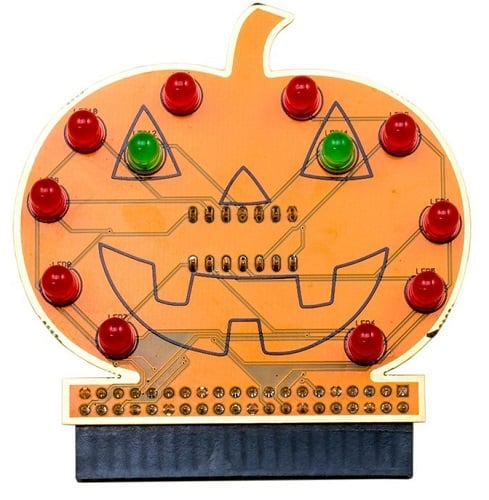 A Raspberry Pi powers this Halloween project. Source: The PiHutUsing a Raspberry Pi, a maker has developed a programmable kit that allows users to create a bright glowing pumpkin for use as a seasonal decoration. The kit includes everything necessary to create a pumpkin-shaped LED board that changes lights and patterns based on a user’s preference.

There are two versions available — a pre-soldered kit that is fully assembled but requires coding to implement an LED pattern. The other option comes completely unassembled, requiring the soldering of components, connecting to the Raspberry Pi and coding the 12 LEDs and timer chip to the light, which rotate the LEDs through a pre-defined pattern.

To buy the kit or to learn more, check out The PiHut.

Now a maker has developed a simple way to create one of these speaking props for Halloween. Using an Amazon Alexa Echo Dot, an Arduino UNO, a Genuino Uno and an animated Triceratops skull, the maker was able to create a spooky sounding animatronic programmed using simple code and a Zigbee motion sensor. As people approach the talking skull, the sensor sends an event trigger to the Echo Dot in the Alexa App where Alexa sends a command to the skull to tell a joke.

The maker is also working on a way for the Triceratops skull to play Christmas music in time for the upcoming holiday.

Learn more about this project on the Arduino ProjectHub.

Sticking with the animatronic theme, a different maker has created a glowing demon that can be controlled manually and autonomously with evil lights and spooky Halloween soundtracks.