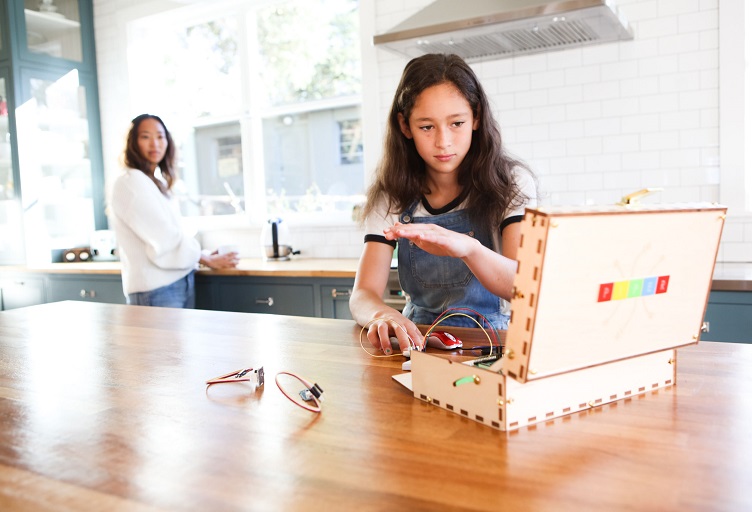 The sensor kit allows children to learn how to code with different types of sensors. Source: Piper

Piper has launched three do-it-yourself STEAM (science, technology, engineering, art and math) kits based on Raspberry Pi for children aged 7 years and above.

The Raspberry Pi controller includes Piper’s own programming environment, a learn-to-code software that teaches kids to program with real circuits and breadboarding. Called PiperCode, the software that runs on the Raspberry Pi is based on Google’s block-based coding language Blockly and contains a library of coding challenges with circuitry.

Command Center lets children shape a handheld game controller that they assemble while learning about how electronic components such as switches, buttons and joysticks work. The STEAM kit teaches kids how to design games, animate scenes and draw characters. The Command Center also integrates an Arduino MCU for open-source prototyping.

The Sensor Explorer kit includes a color sensor, temperature sensor and ultrasonic rangefinder to teach children how sensors work on the inside while giving them access to explore their real-world environment.

Finally, Light Show teaches children how LEDs work and allows them to code and create their own light show projects.

The kits run between $29 to about $60 and will be available on Amazon in November of this year.