The 5G Olympics Offers a Glimpse of the Future 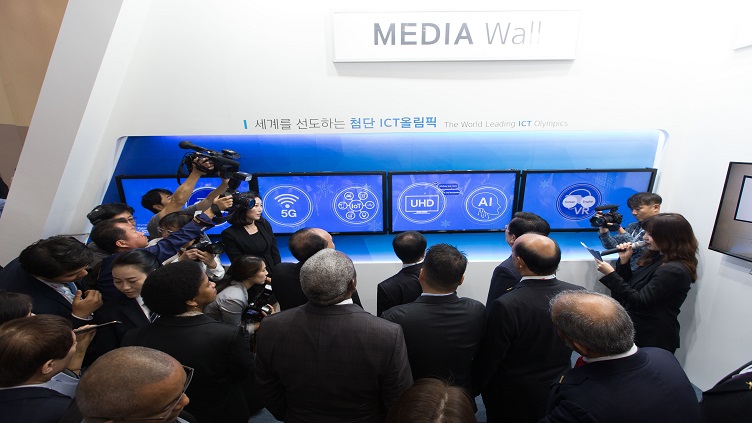 The Korean telecommunications giant KT is currently providing access to a 5G mobile network to spectators at the Pyeongchang Winter Olympics in South Korea. KT has worked hard over the past two years to put all of its technological capabilities into what’s being marketed as the “5G Olympics." Working with Samsung Electronics, Nokia, Ericsson and Intel, the partners are providing 5G wireless broadband connectivity at 1.2 Gbps, much faster than commercial 4G rates of 20 Mbps. Olympic attendees will be given access to live-streamed content at Gangneung Olympic Park and other Korean Olympic venues.

KT is demonstrating the power of the 5G network by providing streaming video of events and including features that make the experience more interactive. Features such as time slice, sync view, omni-view and 360-degree virtual reality are designed to provide the end user with a more immersive experience. Time slice allows viewers to control the time, target and angle of what they are viewing. This means that if a viewer wants to pause a moment during a figure skating performance and see it from a different angle, they can. This is achieved by installing 100 cameras at Gangeung Ice Arena to capture every angle of the performance.

Sync view allows streaming video viewers to see an event from the athlete's own perspective. Tiny cameras have been installed on 107 bobsleds, for example. Real-time footage from bobsled runs will be streamed over the 5K network to be enjoyed by spectators on their phones or tablets. The footage will provide viewers with a new perspective on the runs and perhaps a better understanding of the challenges experienced by a bobsled team. The high-speed HD video requires a lot of frames per second to produce quality video, so the high bandwidth video stream is an ideal demonstration of the high download speeds of a 5G network.

In other events where multiple live feeds are present, omni-view will allow viewers to choose the feed they want to follow, with the ability to personalize the view further. This is a particularly promising feature that may become a regular part of sporting events in the future. The ability to shift from one active camera to another while the feed is in process, or to re-watch events and performances from different perspectives, will give live sporting events more appeal, especially when the event being rebroadcast. The 360-degree VR feature is perhaps the most innovative and data-intensive and represents the largest test of the Olympic 5G network. Intel’s True View multi-view cameras are capturing real-time 360-degree VR footage of 30 competitions, as well as the opening and closing ceremonies. VR headsets such as Windows Mixed Reality, Samsung Gear VR and Google Daydream, will be able to pick up the VR streams and display the action. Sports such as Alpine skiing, snowboarding, and figure skating will be among sports being viewed through VR headsets. Only the ability of the 5G network to handle many devices at very high download rates makes this possible.

The early reviews are hailing the 5G Olympics as a success. Spectators are amazed at the speed and reliability of the network in addition to the features described above. Several years ahead of schedule, there was some fear that 5G was being rushed to the big stage too quickly and would fail to live up to the hype. Those fears now seem to be unfounded, and this success may have an impact on the future of mobile networks. Certainly, South Korea will quickly go forward building out their 5G networks and bringing 5G-capable devices to market over the next few years.

The Future of 5G

In the United States, 5G hasn’t truly captured the imagination of the general public yet. Most seem to view it as an incremental upgrade over LTE, not fully appreciating how much more 5G will offer. Designed not to just be faster, but to handle far more volume, and to interact more easily with smart devices, 5G will likely revolutionize the way networks are constructed over the next decade. Rural areas in the U.S. that have not fallen within the broadband network of internet service providers (ISPs) will have broadband speeds available to them. Regular ISP customers fed up with overpricing and forced product bundling will have a viable alternative that allows them to finally cut the cord.

Smart devices in homes, industrial networks, and home and business internet access are just a few of the areas where 5G may steal market share from existing technologies. It's difficult to predict how long it will take for this transition to occur. The first 5G networks will be built out later this year, but it will take many years before nationwide coverage is available. It could be a decade before a transition from ISPs to mobile networks starts to occur. What is clear is the first test of 5G networks has been a success, and those exposed to the new technology at the Olympics have been pleasantly surprised. Such positive reviews make it likely that the 5G revolution will come sooner than we think.