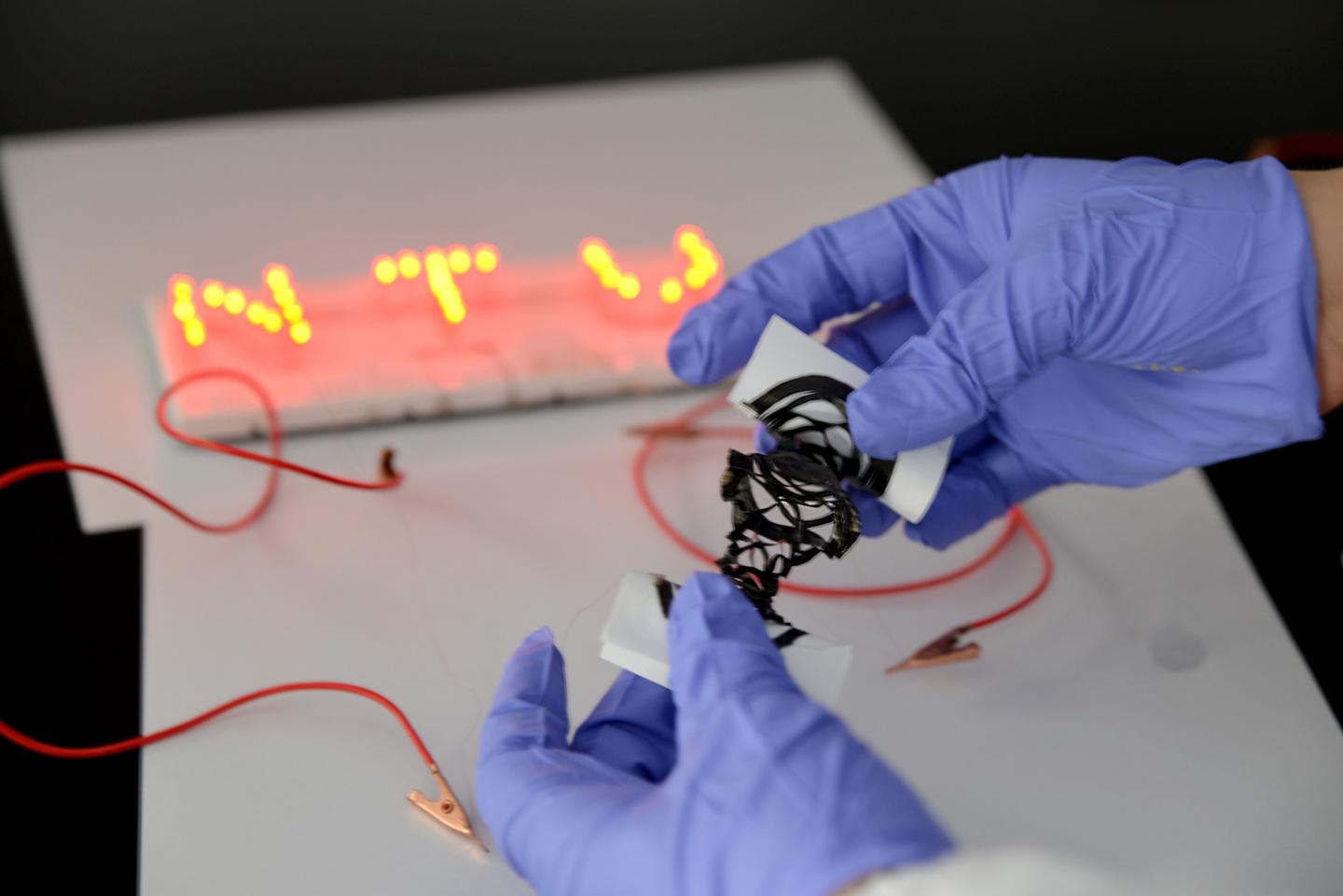 The supercapacitor functions well even when stretched. Source: NTU Singapore

Professor Chen Xiaodong led the research team that developed this wearable power source called a supercapacitor. The supercapacitor is essentially a fast-charging battery.

The team performed many experiments to test this power source. These experiments proved that the supercapacitor performed better than its competitors when worn on the human body. It could maintain a stream of signals when the body was in motion, which is a major concern for use in wearable technology.

According to the researchers, mass production will be easy because no new technology is required. This means costs will stay low, making it even more attainable for wearable tech companies.

"A reliable and editable supercapacitor is important for the development of the wearable electronics industry. It also opens up all sorts of possibilities in the realm of the 'internet-of-things' when wearable electronics can reliably power themselves and connect and communicate with appliances in the home and other environments,” said Professor Chen. "My own dream is to one day combine our flexible supercapacitors with wearable sensors for health and sports performance diagnostics. With the ability for wearable electronics to power themselves, you could imagine the day when we create a device that could be used to monitor a marathon runner during a race with great sensitivity, detecting signals from both under and over-exertion."

Dr. Loh Xian Jun, Senior Scientist and Head of the Soft Materials Department at the Institute of Materials Research and Engineering (IMRE), Agency for Science, Technology and Research (A*STAR) and collaborator on this project, said: “Customizable and versatile, these interconnected, fabric-like power sources are able to offer a plug-and-play functionality while maintaining good performance. Being highly stretchable, these flexible power sources are promising next-generation 'fabric' energy storage devices that could be integrated into wearable electronics."

A paper on the new stretchable supercapacitor was published in Advanced Materials.