From smart cities to Blockchain, 2018 is going to be a huge year for technology. Wearable tech is no exception. There are a lot of wearable trends coming up for 2018 .

The size of wearables has been one of the reasons wearable tech is not in everyone’s life. Wearable technology needs to be small and sleek for people to want to wear it, but putting all the electronics needed to make wearable tech work in a small package is difficult. A watch that monitors your steps, sleep, calories and other biometrics may sound great, but if it is big and clunky then no one is going to purchase it. 2018 will see a rise in items like smart patches for health monitoring, sleeker VR sets, smaller health and fitness bands and more. 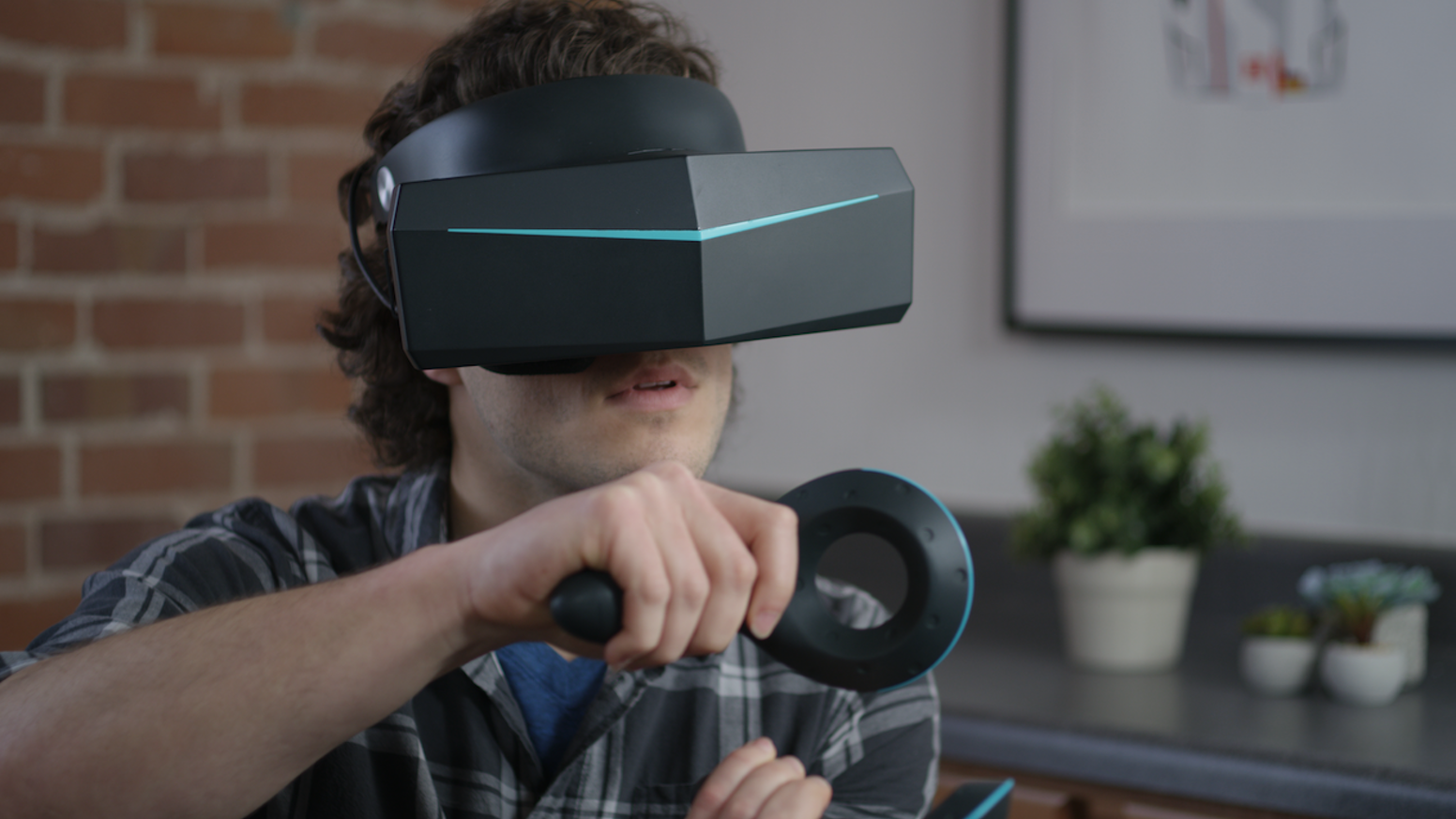 The Pimax 8K VR headset, that is slated to be released in 2018, is sleeker than the average VR headset. Source: Kickstarter/Pimax

VR headsets made their debut on the market in 2016 and reached popularity in 2017. But the VR headsets on the market are bulky and heavy and people often experience dizziness or nausea when they use them. Bulkiness and negative side effects are two things that developers want to improve in 2018. Pimax is releasing a new 8K VR headset that attempts to combat the side effects and have a slightly sleeker design. Eye tracking is going to be a huge development in VR in 2018. Eye tracking will make VR even more realistic. Also look for more companies integrating VR in stores, monuments, theme parks and more. Companies are looking at VR to bring customer experience to the next level.

3) More Than Just Health and Fitness

When someone says wearable tech, it’s likely that you automatically think of items like the Fitbit or smart watches that track things like sleep, calories, steps and workouts. But wearable tech is so much more than just health and fitness. Health wearables have had their time, but 2018 is going to be the rise of wearables for more than just health. Ingestible technology, which can do things like detect and fight cancer cells, will be further developed and are expected to be in hospitals in 2018.

2017 saw some of the first wearable tech items that connect to the brain in order to combat things like stress or strengthen athletic potential. But there is not a lot of research on the safety of using this type of wearable. Researchers don’t quite know just how these wearables affect the brain. Expect to see more research on neuroscience wearables in 2018.

Insiders in the wearable tech world are also excited to see what 2018 has in store for the industry.

Hugo Mercier, CEO and co-founder of Rythm, the company that created Dreem, a headband that improves the user’s sleep, said, “I would like to see the wearable industry as a whole to enter the second generation in 2018, as we’ve already begun with our Dreem sleep solution. Going beyond the passive ‘tracker’ wearable, only able to collect data, Dreem uses medical grade EEG sensors to monitor sleep patterns accurately and proactively help users sleep better using sound-based features…not just tell them whether they slept well or poorly. Wearables in other categories should follow suit in 2018, finding actionable ways to help their user base versus solely displaying information. It would bring added user value and strengthen the wearable industry as a whole.”

There is so much in store for wearables in 2018. It certainly is going to be an exciting year, and I, for one, can’t wait to see the new and exciting developments!