Watch: These Transparent Squares are the Future of Solar Panels

See-through solar materials that can be applied to windows represent a huge source of untapped energy and could harvest as much power as the bigger, bulkier rooftop solar units, according to scientists.

The authors, led by engineering researchers at Michigan State University, argue that widespread use of highly transparent solar applications, together with rooftop units, could nearly meet U.S. electricity demand and drastically reduce the use of fossil fuels. 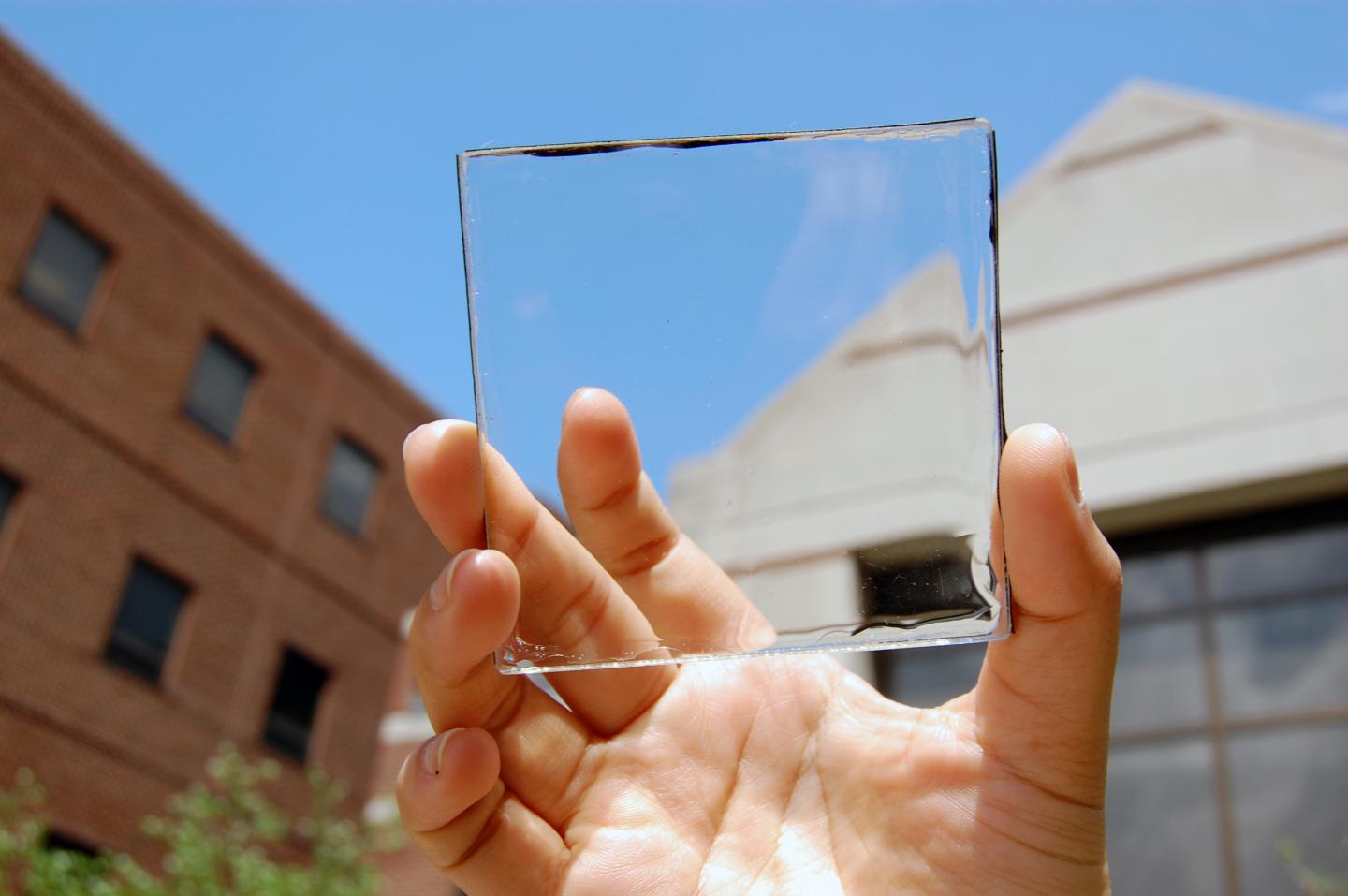 "Highly transparent solar cells represent the wave of the future for new solar applications," said Richard Lunt, the Johansen Crosby endowed associate professor of chemical engineering and materials science at MSU. "We analyzed their potential and show that by harvesting only invisible light, these devices can provide a similar electricity-generation potential as rooftop solar while providing additional functionality to enhance the efficiency of buildings, automobiles and mobile electronics."

Lunt and colleagues at MSU pioneered the development of a transparent luminescent solar concentrator that creates solar energy when placed on a window, without blocking the view. The thin, plastic-like material can be used on buildings, car windows, cell phones or other devices with a clear surface.

The solar harvesting system uses organic molecules developed by Lunt and his team to absorb invisible wavelengths of sunlight. The researchers can “tune” these materials to pick up only the ultraviolet and the near-infrared wavelengths that then convert energy into electricity.

Moving global energy consumption away from fossil fuels to renewable energy will require innovative and cost-effective renewable energy technologies. About 1.5 percent of electricity demand in the U.S. and globally is produced by solar power.

In terms of overall electricity potential, the authors say there are an estimated 5 billion to 7 billion square meters of glass surface in the U.S. With that much glass to cover transparent solar technologies have the potential of supplying around 40 percent of energy demand in the U.S.

"The complimentary deployment of both technologies could get us close to 100 percent of our demand if we also improve energy storage," Lunt said.

Lunt believes that highly transparent solar applications are recording efficiencies above 5 percent, while traditional solar panels are about 15-18 percent efficient. Although transparent solar technologies will never be more efficient at converting solar energy to electricity than their opaque counterpart, they get close and offer the potential to be applied to a lot more additional surface area.

Currently, transparent solar technologies are only at about a third of their realistic overall potential.

"That is what we are working towards," said Lunt. "Traditional solar applications have been actively researched for over five decades, yet we have only been working on these highly transparent solar cells for about five years. Ultimately, this technology offers a promising route to inexpensive, widespread solar adoption on small and large surfaces that were previously inaccessible."

A paper on this research was published in Nature Energy.