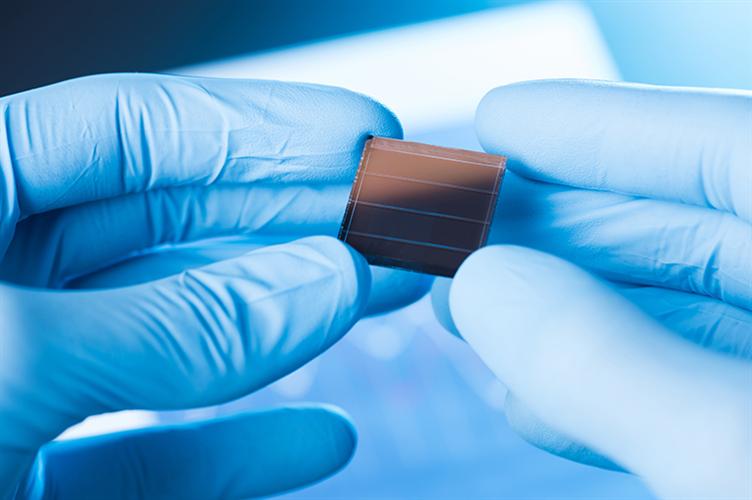 Humans have been harnessing the power of the sun for centuries, using a variety of ingenious methods ranging from concentrating mirrors to glass heat traps. The foundation of modern solar cell technology was set by Alexandre Becquerel in 1839 when he observed photoelectric effect in certain materials. Materials exhibiting photoelectric effect emit electrons when exposed to light, hence converting light energy to electrical energy. In 1883, Charles Fritt designed a photovoltaic cell by coating selenium with a very thin layer of gold. This gold-selenium junction based solar cell was 1% efficient. Aleksandr Stoletov created a cell based on outer photoelectric effect in 1988.

Einstein’s paper on photoelectric effect in 1904 expanded the solar-cell research horizons and Bell laboratories produced the first modern photovoltaic cell in 1954. They achieved an efficiency of 4% which was still not cost effective as a much cheaper alternative was available: coal. However, this technology proved to be cost-effective and quite suitable for powering space missions. In 1959, Hoffman electronics succeed in creating solar cells that were 10% efficient.

Solar cell technology gradually became more efficient and by 1970s, terrestrial use of solar panels became feasible. The cost of the solar cell modules decreased significantly over the next years and their use become more widespread. Further down the timeline, the dawn of transistor age and subsequent semiconductor technology enabled significant solar-cell efficiency jumps.

Conventional wafer-based cells fall under the first-generation category. These cells, based on crystalline silicon, dominate the commercial market. The structure of the cells can be mono- or polycrystalline. The monocrystalline solar cell is constructed from silicone crystals by the Czochralski process. Silicon crystals are cut from large ingots. Single crystal development requires accurate handling as the "recrystallization" phase of the cell is quite expensive and complex. These cells are around 20% efficient. The polycrystalline silicon solar cells generally comprise of a number of different crystals, grouped together in one cell during the manufacturing process. Polycrystalline silicon cells are more economical and consequently most popular to date.

Second generation solar cells are installed in building and standalone systems. Electric utilities also lean towards this technology in solar panels. These cells use thin film technology and are significantly more economical than wafer-based cells of first generation. Light absorbing layers of silicon wafers are around 350 μm in thickness, while, thin film cells are around 1 μm thick. Three common types of second-generation solar cells are:

Amorphous silicon thin film solar cells have been on the market for over 20 years and a-Si is probably the most well developed thin film solar cell technology. The low processing temperature during the production of amorphous (a-Si) solar cells allows the use of various low-cost polymers and other flexible substrates. These substrates require less processing energy. The word amorphous is used to describe these cells because they are not well structured like the crystalline wafers. They are made by coating the doped silicon content on the back of the substrate.

CdTe is a compound semiconductor with direct band gap crystalline structure. This is excellent for light absorption and thus efficiency is significantly improved. This technology is cheaper and has the least carbon footprint, lowest water-use and a shorter recovery period of all solar technologies on a lifecycle basis. Although cadmium is toxic, but this is countered by recycling of the material. Nevertheless, there are still concerns about it and thus widespread usage is limited.

CIGS cells are made by the deposition of a thin layer of copper, indium, gallium and selenide on a plastic or glass base. Electrodes are installed on both sides to collect the current. Due to a high absorption coefficient and consequent strong absorption of sunlight, the material requires a much thinner film than other semiconductor materials. CIGS cells are highly economical and quite efficient.

Third generation of solar cells include latest emerging technologies that aim to surpass the Shockley-Queisser (SQ) limit. This is the maximum theoretical efficiency (31% to 41%) that a single p-n junction solar cell can achieve. Currently, the most popular, state of art emerging solar cell technologies include:

Quantum dot (QD) solar cells are composed of nanocrystals of a transition metal-based semiconductor. Nanocrystals are mixed in a solution and then layered onto a silicon substrate. Typically, a photon will excite an electron there by creating a single electron hole pair in conventional compound semiconductor solar cells. However, if a photon hits a QD of a particular semiconductor material, several pairs (typically two or three) of electron holes can be produced.

Dye-sensitized solar cells (DSSC) were first developed in the 1990s and have a promising future. They work on the principle of artificial photosynthesis and consist of dye molecules between electrodes. These cells are cost effective and have the advantage of easy processing. They are transparent and maintain stability and a solid state over a wide range of temperatures. Efficiency of up to 13% has been reported for these cells.

Polymer solar cells are considered "flexible" solar cells because the substrate used is a polymer or plastic. They are composed of thin functional layers serially connected and coated on a ribbon or a polymer foil. It usually works as a combination of a donor (polymer) and a receiver (fullerene). There are different types of sunlight absorption materials, including organic material such as a conjugate polymer. Special attributes of polymer solar cells have opened up a new portal for the development of stretchable solar devices, including textiles and fabrics.

Perovskite based solar cells are a relatively recent innovation and they are based on perovskite compounds (a combination of two cations and a halide). These solar cells are based on state of art technology and have an efficiency of around 31%. They have the potential to significantly revolutionize the automobile industry but there are still issues with the stability of these cells.

Solar cell technology has clearly come a long way from silicon wafer-based cells to the latest "emerging" solar cell technologies. These advancements will no doubt play an important role in reducing carbon foot print and finally achieving the dream of a sustainable energy resource. Nano-crystal QD based technology has a theoretical potential of turning more than 60% of the total solar spectrum into electricity. Furthermore, polymer based flexible solar cells have opened up a realm of possibilities. The main issues with emerging technologies are instability and degradation over time. However, the ongoing research shows promise, and widespread commercialization of these latest solar cell modules might not be far off.