Teach Your Kids How to Code with this Robot Building Kit 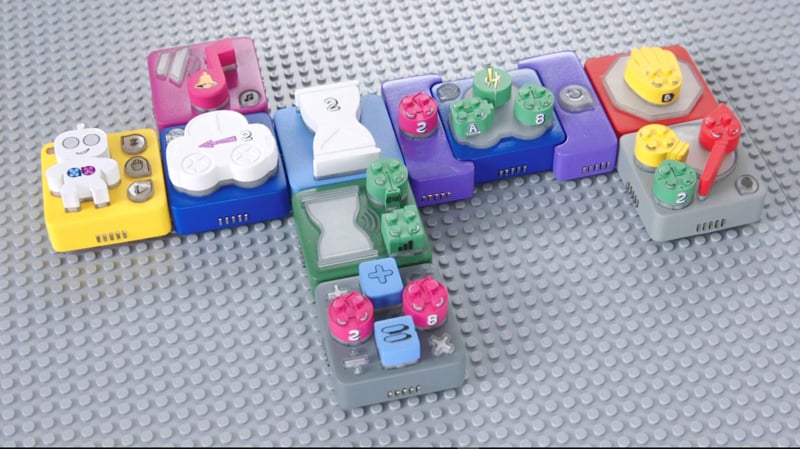 Algobrix, a new, fun way for kids to learn how to code has launched on Kickstarter. Algobrix guides kids through the steps of programming a robot’s movements. Instead of writing scripts, the kids have blocks to arrange in a tangible way that is true to real coding.

The Algobrix team wanted to make coding accessible and tangible for kids by building code with LEGO®-compatible building blocks. Algobrix works like actual code and includes step-by-step coding missions. Parents don’t need to know code to help their kids build their own Algobrix.

There are 10 different types of robots that kids can build: AlgoBuddy, AlgoBeast, AlgoMonster, Rooster, AlgoStar, AlgoDeli, AlgoCanon, Elevator, Pirate Ship and Painter. In building these robots, kids will learn many types of coding: loops, robot navigation, multithreading, command sequencing, algorithmic thinking, if this then that parameters, LED and motors, touch and light, real-time debugging, syntax-error prevention and functions.

The function blocks dictate what the Algobot will do once built. The Alogbots can be programmed to move, light up, pause for a command and make sounds. The sensors on the robots react to light, noise, touch and proximity. Kids can build any of the Algobots to turn motors on, light up LEDs and even play music. The bots themselves are made from LEGO-compatible building blocks and you can expand the sets with your own LEGO blocks.

The parameter block snaps onto the function blocks. The parameter blocks dictate how the Alogbot will carry out a function. If the bot is going to have a light-up function, you can add a two-second parameter to have the bot light up for two seconds to get a color parameter that tells the bot which color to light up.

Algobrix has built in error-detection and debugging. The blocks light up to show where in the process the bot is. A red light turns on if there is something wrong with the coding.

The activity boards teach kids to program their bots in specific ways and challenges them to follow through with the missions. The City Challenge teaches kids how to find their way home across an urban jungle while following road signs. The Space Challenge: Milky Way Tour helps kids navigate through space in the daytime and in the dark. The Road Trip Challenge teaches kids to safely travel across continents.

There are different levels of kits to purchase from the basic Algobot to the Algobrix Classroom Special Sets. To learn more about Algobrix and to purchase an Algobrix set, visit Kickstarter.