Biometrics Could Improve Gun Safety One Fingerprint at a Time

From 2005-2010, almost 3,800 people have died from unintentional shootings, 1,300 of whom were under 25 years old. Gun safety groups and gun companies have been searching for the next step in gun protection, and biometrics is quickly becoming a huge player in gun safety. 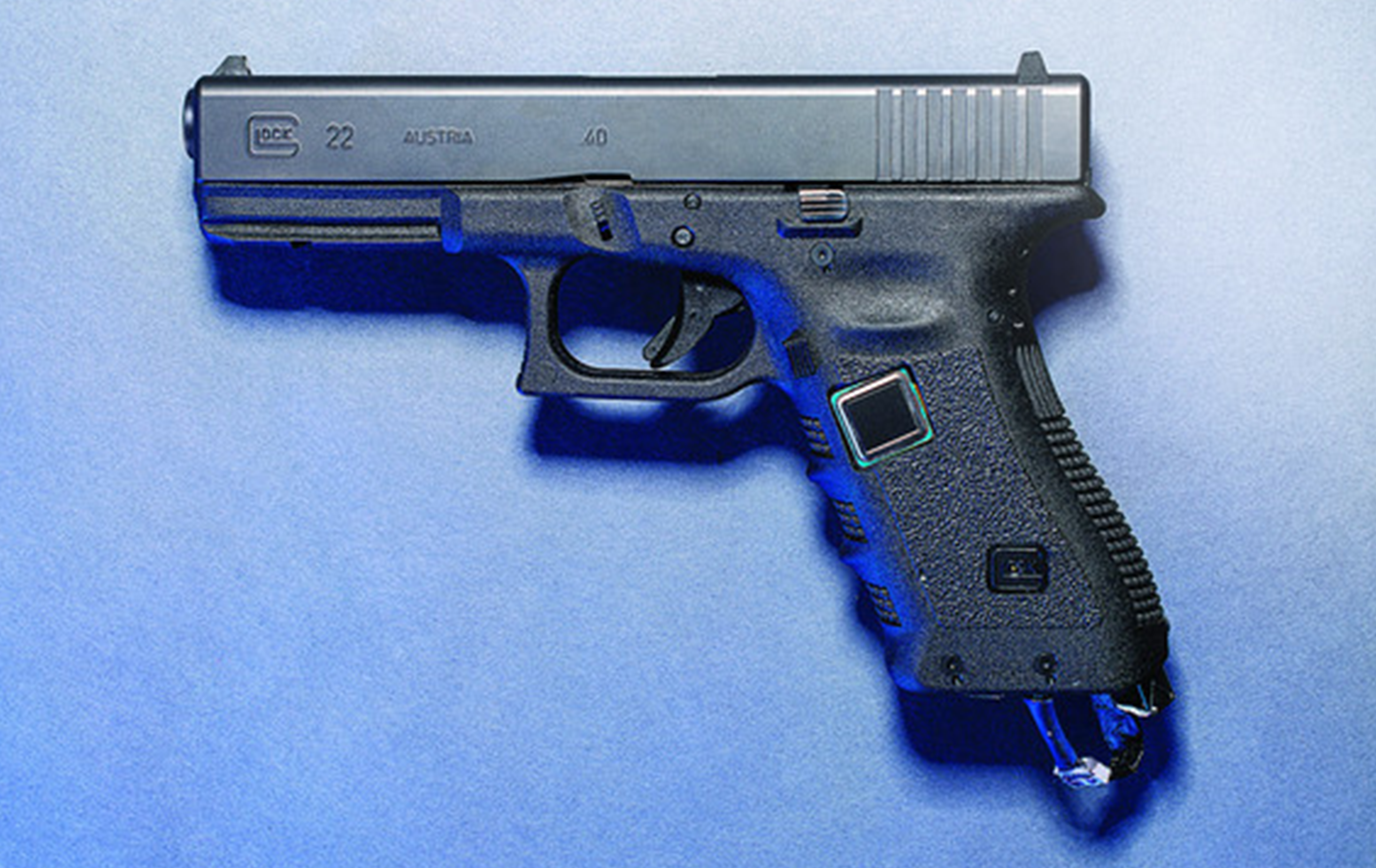 One of the guns on the market with fingerprint access technology (Image credit: Matt Nager/Wall Street Journal)

Biometrics is the digital analysis of a person’s physical or behavioral characteristics. This technology is mostly used for access and identification control. There are a few different types of biometric security technologies relevant to gun safety, the most successful of these technologies of which is the fingerprint scanner. The user places their finger on the scanner, and if their fingerprint matches the user can then use the gun freely; if not, it stays locked. Palm print technology is also in development. The palm print works similarly to fingerprint technology, but instead of scanning a fingerprint, it scans the user’s palm. So far, palm print technology has not been successfully developed for gun safety. Another potential biometric safety technology is the dynamic grip method (DGR). This gun measures the user's grip patterns, hand size and hand geometry of the user over time. DGR is under development, but there is no evidence that this technology has been validated by the biometrics community.

Static grip recognition (SGR) is in the early stages of development for use in gun safety. This technology is similar to DGR but SGR does not collect data over time. SGR measures the pressure applied to the firearm and unlocks if the correct pressure is applied. The last biometric technology applicable to gun safety is optical identification. This works like fingerprint identification, but instead of scanning the user’s fingerprint, it scans areas like the user’s skin color or vein pattern in the palm of the hand. Optical identification typically operates in the visible or near-infrared regions. Previously collected data of the authorized user is compared to the potential user and determines if the information matches. At the current time, the fingerprint scanner is the only authorized method used on guns.

There are several positives to the use of biometrics in guns. By requiring users to be registered to the gun, the number of accidental firings may decrease. This keeps curious children from being able to accidentally discharge the gun and injure themselves or others. Police departments can also take advantage of this biometric technology. By registering all of their officers to use guns, it lowers the chance of criminals using an officer’s gun against them.

Biometric technology brings a new level of safety to guns in the home and in law enforcement. Smart gun technology could also lower a number of guns obtained by criminals. Most criminals purchase guns illegally, but a criminal could not use a stolen gun with biometric security technology installed.

Despite the safety features imparted by biometrics, there are negatives as well. This technology is still in the prototype stages, so there are also a lot of issues. Electronics need a power source in order to operate. Guns currently using biometrics must have a battery and rechargeable capabilities. If the gun is not properly charged, it cannot be discharged. If a gun owner is trying to protect themselves against an intruder in the middle of the night, they don’t have time to charge their gun or change the battery. Smart electronics are also often unreliable and prone to malfunctions. While a typical gun is prone to jamming, this is a much easier fix than a technological malfunction. Jamming can be quickly fixed, while a technological malfunction can take precious minutes that the user may not have in an emergency situation.

Another problem with biometrics technology is that it can be prone to error if the user is sweaty, bloody or shaking, all of which may be true in an emergency situation. Smart gun technology could also be hacked by the government to track the user or automatically shut off the gun.

While the cons of biometric technology in guns seem to outweigh the pros, most of the cons could be fixed with further development. Owner responsibility must be taken into account as well. For example, the charging problem could be solved by the owner of the gun keeping an eye on the charge every time they use it.

Smart guns have been an active topic in politics. In 2016, President Barack Obama launched a directive that ordered three executive agencies, the Department of Defense, the Department of Justice and the Department of Homeland Security, to focus research efforts on developing and deploying smart gun technologies. In November 2016, the Obama Administration released new baseline specifications for law enforcement service pistols. This included smart gun and personalization technology. In 2002, New Jersey adopted a law that eventually requires all guns to have smart technology incorporated. Six months after smart handguns become available for retail sale, all handguns on the New Jersey market must have this technology.

The National Rifle Association (NRA) has mixed feelings about this development. The group supports the development of smart gun technology but they don’t support the laws accompanying the technology. They believe that the new laws requiring all guns to have biometric technology are too restrictive for gun owners.

There are a few guns on the market that have integrated biometric security technology: Intelligun and the Bio Fire Technologies gun. There is also a gun lock that uses biometrics technology, the Intendilock, which latches onto the gun and blocks the trigger until the correct fingerprint has been scanned.

Biometrics has great potential as an extra level of security on guns. But before the technology has been further developed to work out the kinks, it will not be a widely used safety precaution. What do you think of this new gun safety technology? Will it work? Does it have an effect on a gun owner's right to bear arms? Let us know in the comments!