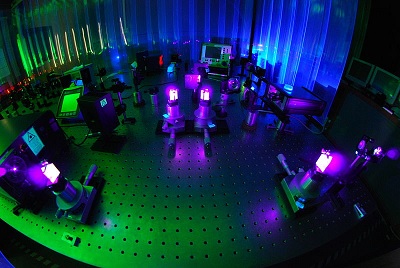 Laser material processing offers a realm of possibilities in micro and nano-fabrication. Development of deep ultraviolet (DUV) excimer laser lithography by IBM in 1982 was a critical milestone that led to the wide acceptance of excimer laser micro-machining as it offered a reduced heat affected zone (HAZ), speed and versatility across a range of operations, including ablating, drilling, cutting and welding. The latest method that further advances laser material processing at the nanoscale level for mass production of electronic, biomedical and optical technologies is femtosecond pulsed laser micro-machining.

Femtosecond laser micro-machining has opened up new possibilities in laser material interactions as well as further reduced the size of the HAZ. The ultra-short laser pulses deliver very high peak laser intensity with reduced photon energy. Unlike continuous wave (CW) or DUV excimer laser micro-machining methods where laser-material interactions include a melt phase before vaporization and an inherent heat affected zone proportional to the pulse duration and energy absorbed, femtosecond pulses deliver a higher intensity beam that vaporizes solid material by interacting with free electrons with minimal to no thermal absorption by ions in the material lattice. The shorter pulse duration greatly reduces the amount of energy transferred to the work-piece virtually eliminating thermal absorption and is sometimes referred to as “cold” ablation.

There has been a progressive movement toward the use of fiber laser in the visible to near infrared wavelengths to overcome limitations imposed by UV radiation. Manufacturers like Laser-Femto Inc. have produced fiber lasers that are suitable to handle a wide array of materials and processes with tunable wavelengths, pulse widths and pulse repetition rates that have been tailored to best suit particular processes and materials.

Rapid advances in the generation and amplification of ultra-short laser pulses have allowed manufacturers to produce very fine sharp features with a negligible HAZ achieving sub 20nm resolution. Lower repetition rates have been successful in machining conductive materials with finer details and minimal heat distortion, while selecting the proper wavelength pulse width and pulse repetition rate is required to help minimize unintended interactions with the work-piece.

The high peak intensity produced allows for nonlinear laser-material interactions. Multiphoton absorption and tunneling ionization can be induced in transparent materials allowing for operations that were never before attainable.

Multiphoton absorption is a non-linear process where lower energy photons are able to excite electrons even when the photon energy is smaller than the bandgap between valence and conductive bands. The increased photon density allows for excitation due to the absorption of multiple photons, which is only achieved with extremely high photon densities.

Tunneling ionization is another non-linear process where an intense electric field generated by the femtosecond laser distorts the potential energy of the molecule, thereby decreasing the barrier allowing for electron tunneling. The non-linear behavior is again possible due to the higher photon density achieved with femtosecond pulsed lasers and generates free electrons.

Confinement of these nonlinear interactions within the focal volume has allowed for three-dimensional machining within transparent materials such as glass and polymers. The technology has been used to fabricate 3-D microfluidics, micromechanics, microelectronics and photonic micro-components in glass.

The practice of subtractive manufacturing with femtosecond laser micro-machining has proven to be an essential technology enabling further advances in nanotechnology and production of sub 20nm components. Other applications for femtosecond pulsed lasers include additive manufacturing where multiphoton absorption has allowed for the fabrication of 3-D polymer micro- and nanostructures, including photonic devices, microfluidic devices, as well as biomedical devices and tissue engineering.