There are many application areas where the design engineer would like to have, or truly must have, a system that needs no servicing at all for many, many months, or many, many years. Remote sensors of all types—such as forest fire sensors, earthquake recorders and sensors that monitor the changing thickness and location of icebergs—are some examples. Home smoke and carbon monoxide sensors are two more. 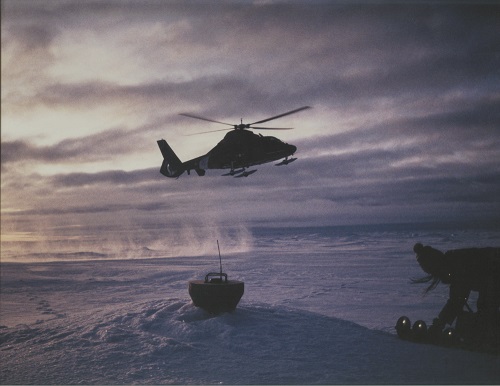 Figure 1a: Oceantronic's GPS/ice buoy being retrieved by helicopter to the Arctic for use in experiments measuring wind, temperature sunlight and ice thickness near the North Pole. Oceantronics’ hybrid lithium pack provides the same operating life with smaller size for use in GPS/ice buoys. (Image credit: Sigrid Salo NOAA/PMEL)

Choosing the right power supply can be a highly application-specific decision. If your design is sufficiently low power, a good choice might be a primary lithium battery. You may be surprised how long they can keep working. 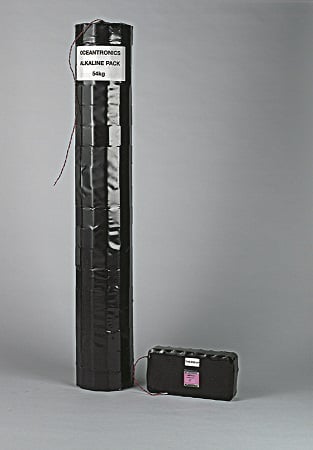 This example shows that certain primary lithium cells can work for up to 40 years without any maintenance at all. However, a designer's due diligence is required to verify that the particular manufacturer's battery can perform as promised. In order to maximize operating life, these cells need to be produced to the highest standards possible using superior quality raw materials and precisely controlled manufacturing processes. Engineers should be certain that they can receive verified test results.

Recently, I looked over the landscape of primary (non-rechargeable) batteries, which are becoming more important as so many applications involving low-power wireless devices become connected to the fast-growing industrial internet of things (IIoT). There are a number of primary lithium chemistries available that offer big advantages over consumer type alkaline batteries (MnO2). One example is the lithium iron disulfide (Li-FeS2) type that is commonly available at any drug store. While lithium batteries usually deliver 3 volts or higher, Li-FeS2 provide 1.5 V, which is compatible with consumer type AA and AAA formats. This technology offers an energy density of 650 Wh/l.

Another popular primary lithium battery is the CR123A, which uses lithium manganese dioxide (LiMnO2) chemistry to deliver 3.0 V to 3.3 V, also with an energy density of 650 Wh/l.

The Most Popular Choice for Remote Wireless Applications 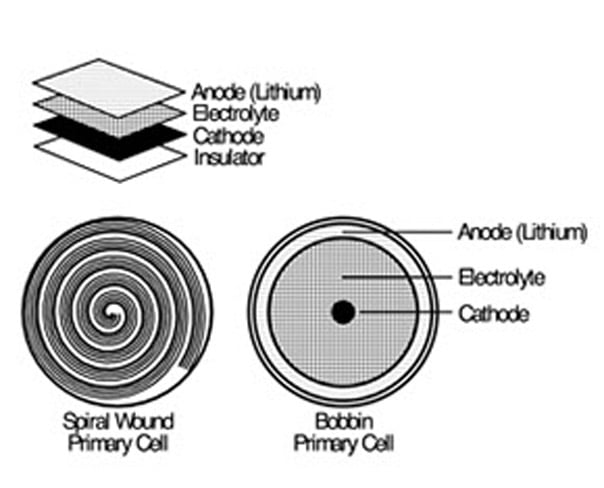 Bobbin type construction is particularly well suited for applications that draw low average daily current. These cells feature a self-discharge rate as low as 0.7%/yr, enabling certain cells to operate for up to 40 years. Bobbin-type lithium thionyl chloride cells also offer an extended temperature range of up to -55° C to 125° C, with specially modified cells designed for use in the cold chain at -80° C. The ability to withstand broad fluctuations in pressure, temperature and shock make bobbin-type cells ideal for deployment in remote locations and extreme environments.

A Talk With An Expert

To further check out my findings on these types of cells, I contacted Sol Jacobs, VP and General Manager of Tadiran Batteries, a leading manufacturer of bobbin-type LiSOCI2 cells. I asked him how they confirm the extremely low self-discharge rates.

“First off, for long lifetime, you must ensure the cell is made from high-quality materials in a very carefully controlled and highly automated production line,” Sol said. “Secondly, Tadiran does continuous testing to ensure our cells will operate continuously even in the most challenging performance environments. For example, we use accelerated testing run at 72° C, which is the equivalent of about 32x the lifetime operation at 22° C. And, we test at both 72° C and room temperature. We test with a one-month discharge rate, and at two, three, four, five, and six-month rates, and some at a one-year rate. We then cross check our accelerating testing data against other well-recognized test procedures along with data from the field to ensure that our predictive models are highly accurate.”

For decades, test engineers at Tadiran have accumulated more than 100,000 application test points over the equivalent of over 10,000 operating years in the lab, then double checking these test results against actual field data to provide redundant proof that certain bobbin-type LiSOCI2 batteries can achieve 40-year battery operating life by featuring a self-discharge rate of 0.7% per year. This testing conclusively demonstrates that Tadiran batteries can last up to 4x longer than competing cells that have a much higher self-discharge rate of up to 3%/Yr. As a result, an inferior made bobbin-type LiSOCl2 battery can lose up to 30% of its available capacity every 10 years, making 40-year battery life virtually impossible. 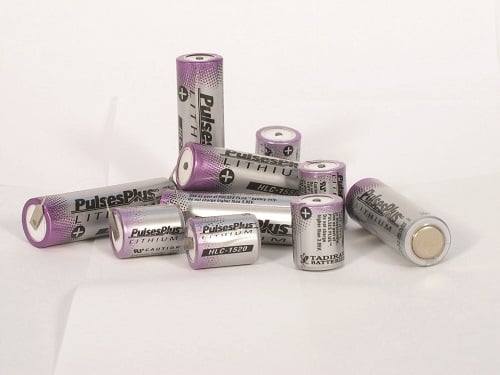 Designer engineers need to be mindful that if a standard bobbin-type LiSOCl2 battery is left completely off for an extended time, a passivation layer can form between the anode and the cathode that increases cell impedance. However, this passivation effect dissipates soon after a load is applied. Also, when a fairly heavy pulsed load is applied, such as the initiation of two-way wireless communications, the cell’s voltage can drop temporarily, an effect known as transient minimum voltage (TMV). If the engineer employs a dc-dc converter with a low drop out voltage, this may not be a problem. Otherwise, a de-passivation operation may be required after six months of storage, which may involve discharging the battery for 10 seconds prior to applying any type of pulsed load. Storage for more than 12 months may require a 30-second discharge time.

A hybrid version of the LiSOCl2 battery (the PulsesPlus Series) was developed specifically for applications that require high pulses to power two-way wireless communications. The PulsePlus Series battery adds a hybrid layer capacitor (HLC) that works in conjunction with a standard bobbin-type LiSOCl2 cell. The standard LiSOCL2 cell conserves energy by delivering the low background current when the device is operating in its “stand-by” mode. The HLC works like a rechargeable battery to store and deliver high pulses, thus eliminating any passivation or TMV effect. For example, a D-size PulsesPlus hybrid LiSOCl2 battery can operate for decades while delivering pulses of up to 19 Ah.

There is a growing need for remote wireless sensors that are connected to the IIoT. Primary lithium batteries typically offer the best long-term power source for these applications. Within the lithium family, Bobbin-type LiSOCl2 cells stand apart by offering the highest energy density and extremely low self-discharge, which translates into operational life of up to 40 years. However, these batteries are not all created equal so design engineers must perform the proper due diligence to ensure that the battery will deliver as promised.