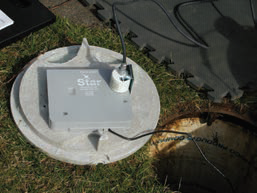 Figure 1: AMR/AMI meter transmitter units are often buried underground, exposed to extreme temperatures and difficult to access for replacement. Source: TadiranDesigners of these circuits face an engineering dilemma and challenge: How to provide power for 20, 30 and even 40 years without a battery replacement. Many of these monitoring units are situated where battery access is difficult, dangerous or impossible.

One option is to use a rechargeable battery or supercapacitor combined with energy harvesting. That approach may work on paper, but reality is quite different. Further analysis raises important questions. Will the rechargeable battery or supercapacitor really last for decades, even after so many charge-discharge cycles? A harvesting transducer and its support implies additional circuitry, cost and current drain. Will the harvesting subsystem also last for decades under duress from climate and the environment? Will the harvesting source really be unimpeded for all those years? Solar cells often get shaded by tree growth or construction. In short, harvested energy adds hardware cost, increases overall current drain and may have long-term availability issues.

Once that energy harvesting is ruled out for performance, reliability or cost reasons, the remaining possibility is a long-life, primary, non-rechargeable battery. Selecting that battery seems straightforward and only needs a simple calculation of lifetime current drain versus battery milliamp-hour capacity, then add some extra capacity for a safety margin and finally pick a battery with corresponding ratings.

However, this analysis ignores the unavoidable impact of battery self-discharge, which continually reduces the battery’s capacity, even if the battery is not connected to a device and has no external load. This loss can be comparable to or even greater than the load drain itself. In addition, since batteries are electrochemical devices, the effects of temperature cannot be ignored.

The capacity losses due to self-discharge, which is typically a modest-sounding 3% to 4% per year, are cumulative. A battery that loses just 3% of its normal capacity each year will have only 70% of its initial value after 10 years, and will be at 50% of capacity in 17 years, even with no load-current drain (Figure 2). Consequently, there is no way that these batteries can supply the needed energy for 20, 30 or more years.

In contrast, Tadiran offers batteries with self-discharge of less than 1% per year and an operating temperature range from -80° C to 125° C.

How is this done? The solution begins with the right chemistry. Lithium-based batteries are preferred, which have high intrinsic negative potential that exceeds that of all other metals. They provide 2.7 V to 3.6 V at normal drain, known as operating current voltage (OCV). They contain no water, which allows lithium batteries to endure extreme temperatures without freezing.

It takes more than just using a lithium-based battery compared to other chemistries, as even the various lithium chemistries have dramatic differences in capacity (Figure 3). Lithium thionyl chloride (LiSOCl2) is the best match for long-term use, especially in harsh and extreme environments. The internal arrangement is also a factor; a bobbin assembly, where the cathode is cylindrical and the anode is swaged against the inner wall of the battery case, offers superior and safe performance and needs no additional rupture vent (Figure 4). 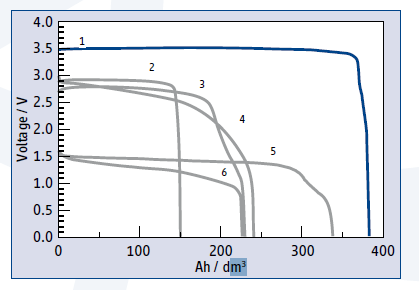 Key to managing the self-discharge of lithium batteries is passivation, a thin film of lithium chloride (LiCl) that forms on the surface of the lithium anode. It creates a high-resistance layer between the electrodes, which impedes the chemical reactions that cause self-discharge. When a load is placed on the cell, the passivation layer causes higher resistance, which can cause the cell’s voltage to dip temporarily until the discharge reaction slowly removes the passivation layer. This process repeats itself each time the load is removed. 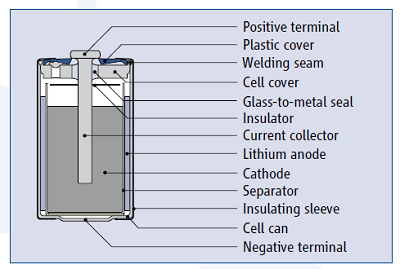 Figure 4: Cross sectional view of a ½AA-size cell-bobbin design, which offers both superior electrical performance and multiple safety features. Source: TadiranIt may seem that the solution to self-discharge is simple: just increase the passivation. However, as in most engineering issues, it is about trade-offs. Passivation is necessary to reduce the self-discharge rate, but too much will also restrict the energy from flowing when the circuit needs it. Less passivation allows for increased current flow, but also a much higher self-discharge rate and a shorter operating life. Self-discharge is also a function of the current discharge potential of the cell, the quality and purity of the raw materials and the control of battery passivation via design and manufacturing to slow down the chemical reactions that cause self-discharge.

The balance between passivation and energy discharge determines the suitability of the battery in an application. Batteries well-suited to higher-drain situations also have higher self-discharge; those for lower-drain applications have lower self-discharge.

Maximizing battery life in the field takes much more than the appropriate battery chemistry and internal design, as a given chemistry can yield batteries with different performance and self-discharge numbers. Complicating the process is that long-term, accurate battery testing at microamp levels is difficult. In addition to the low current levels, these batteries take a year to stabilize and their self-discharge is different in the first year compared to subsequent years. 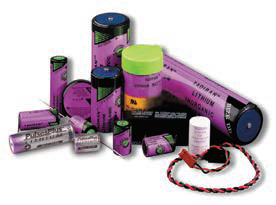 Tadiran’s LiSOCl2 batteries have demonstrated well-documented and verified performance for the unique requirements of decades-long operation at microamp-rate discharge levels.

At the same time, these advanced cells do not imply a one-size-fits-all situation, and low self-discharge batteries are not the best choice for all circumstances. There are other battery-chemistry options that may be more suitable where the average drain is in the milliamp range, rather than microamp range, or where there is reasonable access to the battery for replacement.

Nonetheless, where appropriate, Tadiran offers the widest selection of highest-performance batteries for this challenging and specialty scenario, in both standard and custom packages.