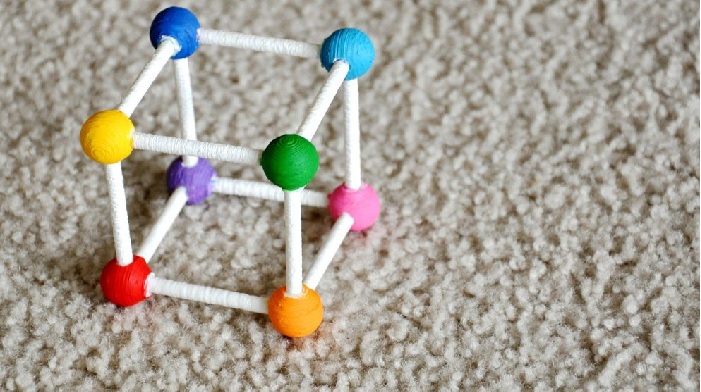 “The primary advantage of CAPTIVE is that it is efficient,” says Zeyuan Chen, lead author of a paper on the work and a Ph.D. student in NC State’s Department of Computer Science. “There are a number of tools on the market that can be used to manipulate 3-D virtual objects, but CAPTIVE allows users to perform these tasks much more quickly.”

Unlike the solid cubes often used in Augmented Reality (AR) systems, CAPTIVE’s cube is a physical wireframe of 10 centimeters per side. White edges connect with red, orange, green, and blue spheres. The user holds the cube in her hands; a webcam focuses on the cube, which the user manipulates.

The research team described a potential application for CAPTIVE in an anatomy class. The cube would contain a virtual heart model. Using a haptic pointing device, a student can touch one point on the cube and receive information about the corresponding point on the heart model. Other functions include magnification and cutting — in this case, taking a virtual slice from the heart.