The World’s Smallest Diode Has Been Developed

As technology expands, more and more computing power is necessary—sometimes pushing the limits of current methods and causing researchers to find molecules with different properties to create reliable contacts between molecular components and bulk materials in an electrode, in order to mimic conventional electronic elements at the molecular scale. 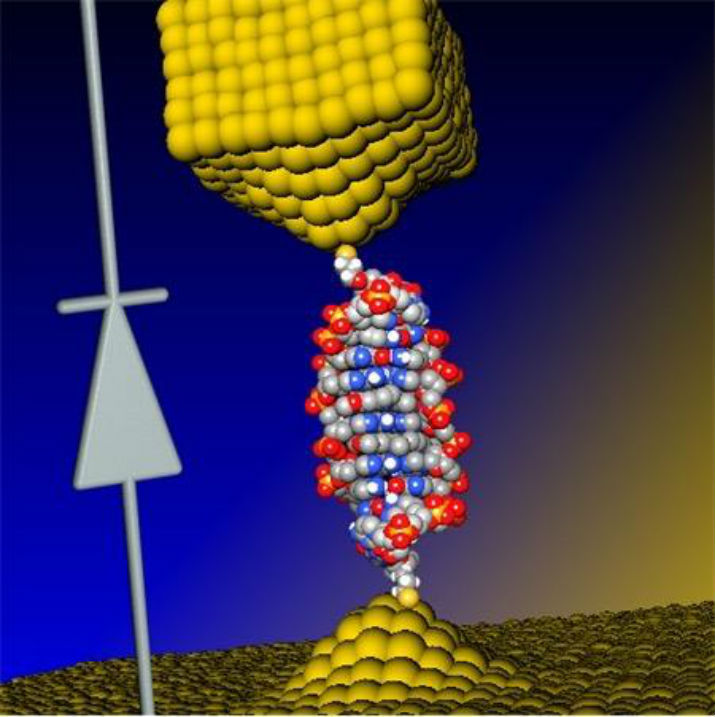 "Creating and characterizing the world's smallest diode is a significant milestone in the development of molecular electronic devices," said Dr. Yoni Dubi, researcher in the BGU Department of Chemistry and Ilse Katz Institute for Nanoscale Science and Technology. "It gives us new insights into the electronic transport mechanism."

This kind of single-molecule electronic could provide a way to overcome Moore's Law, the observation that over the history of computing hardware the number of transistors in a dense integrated circuit has doubled approximately every two years.

Professor Bingqian Xu from the College of Engineering at the University of Georgia and his team of researchers took a single DNA molecule made from 11 base pairs and connected it to an electronic circuit just a few nanometers in size. When they measured the current through the molecule, it did not show anything special, but when layers of a molecule called coralyne were inserted between layers of DNA, the behavior of the circuit changed. At that time, the current jumped up to 15 times larger negative versus positive voltages, which is necessary for a nano diode.

"In summary, we have constructed a molecular rectifier by intercalating specific, small molecules into designed DNA strands," said Xu.

The researchers then developed a theoretical model of the DNA molecule inside the electric circuit that helped them identify the source of the diode-like feature, which originates from breaking spatial symmetry inside the DNA molecule after coralyne is inserted, according to Dubi.