Mobile Sensors Out Smokers that Fall off the Wagon

The National Institutes of Health (NIH) has funded MD2K with a grant worth $10.8 million. 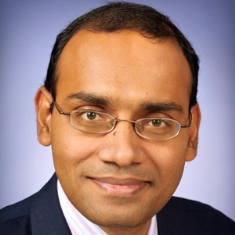 Santosh Kumar, a computer scientist from the University of Memphis. says that during the first year of the initiative, his team planned to develop a platform for the study and in subsequent years recruit participants for congestive heart failure and smoking cessation studies. Now, in just one year, the open-source software platform will soon be released by MD2K. Designed for use on smartphones and by researchers and industry professionals to collect, analyze, visualize and interpret mobile sensor data for health applications.

Wearable devices used in the study include AutoSense to measure ECG, respiration, and skin temperature, a wrist activity tracker, RF sensor, smart glasses and GPS. The researchers developed all devices except the GPS-embedded smartphone and a Microsoft Band activity tracker

During the first year, the researchers published 59 articles. One of which, published in ACM UbiComp, detailed a computational model, called puffMarker that detects when a smoker who recently quit smoking lapses. Hand gestures from the smartwatch and breathing signatures from a respiration sensor are used in the application. The value will be able to identify, when a user smokes for the first time and identify the predictors leading up to the first puff as well as achieve improved smoking cessation rates.

Another paper offered a computational model, called cStress that detects stress from heartbeats and breathing patterns. The technology was used to improve interaction among couples.