As awareness grows among consumers regarding wireless charging technology, improvements from manufacturers are being demanded, according to a new report from IHS.

Recent research from IHS shows that in the past 12 months, consumer awareness of wireless-charging technology has increased to 76% in the U.S., U.K. and China, resulting in a wider interest and demand in the the technology.

IHS says that three improvements are gaining the most attention: 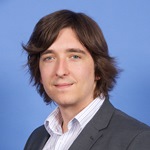 David Green, Research Manager, Power Supplies and Wireless Power“Nine in 10 consumers who have used wireless charging reported being satisfied with their current solution, which suggests that the wireless charging solutions available today are already matching consumer needs and expectations,” says David Green, research manager for power suppliers and wireless power at IHS in a statement. “Effectively, this is the customer retention rate for wireless charging—and any company in the world would take a customer retention rate of 90% for any product.”

The IHS survey says that 20% of consumers who have the wireless-charging technology are using the device. Furthermore, around 16% of those surveyed say they use wireless charging on their devices daily. IHS adds that wireless charging is being used more as a supplemental method. Wired charging remains the primary charging method.

Once these things begin to happen, IHS says, an increasing number of consumers will use wireless charging as their primary means to charge their mobile devices.

Does the Apple Watch Have a Qi Charger?