Nordic Semi Calls for IPv6 Over Bluetooth Smart for IoT

If the true potential of the Internet of Things (IoT) is to be realized now, the industry needs to move en masse to the IPv6 protocol on top of the Bluetooth Smart transport. That is the logical yet somewhat controversial call to action made by Thomas Embla Bonnerud, director of product management at Nordic Semiconductor ASA, during the opening keynote for Bluetooth World.

At first blush, the call is both logical and self serving. On closer analysis, it puts other IoT chip vendors at a disadvantage while at the same time calling for industry collaboration. It also directly affects the Bluetooth Special Interest Group (SIG)’s efforts to settle upon a mesh protocol—CSR’s Mesh is the front-runner—while at the same time loosening the SIG’s grip on Bluetooth Smart’s IoT aspirations. 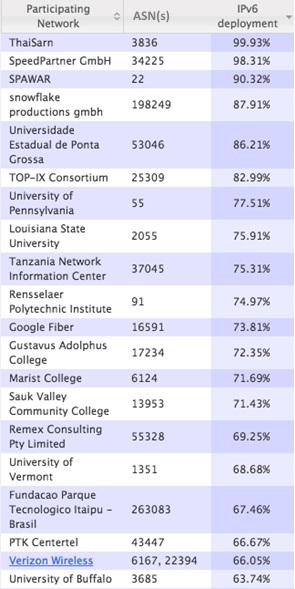 World IPv6 network launches measurements shows Google Fiber at 73.81% and the nearest U.S. carrier, Verizon Wireless, at 66.05%. Source: WorldIPv6Launch.org.The classic argument against moving en masse to IPv6 is that not all ISP networks or servers are IPv6 ready. But Google Fiber made it clear in 2012 that IPv6 is the way forward, yet most major network providers, particularly in the U.S., lag behind in deployments.

While Google Fiber may spur providers to move more quickly to IPv6, legacy networks are a big investment that can’t be simply swapped out. But in speaking with Electronics360 before his keynote, Bonnerud makes it clear that it doesn’t matter how far along ISPs are. IPv6 over Bluetooth Smart is needed, now.

“Yes, it will take time [to move to IPv4], but for Bluetooth Smart, it doesn’t make sense to use IPv4,” Bonnerud says. “You can use IPv6 then tunnel to IPv4 servers.” From Bonnerud’s standpoint, “The Internet is driven by IP, so why would IoT be any different?”

This latter point is key to Bonnerud’s thinking. With devices, servers, and services now separated from the transport mechanism by all-IP—albeit with some tunneling to IPv4—the pipe can scale more quickly and at lower cost.

However, this is also where things get a little controversial. “Google may agree, but the chip guys may not,” says Bonnerud. To be fair, Google has a “greenfield” starting advantage in terms of how a network should be structured. And to be fair to the “chip guys,” Nordic is the only provider of a full—proven—Bluetooth Smart SoC-plus-IPv6-stack solution. This it announced in December of last year and demonstrated at CES 2015 in January. Nordic’s lead leaves other chip-and-stack providers at a disadvantage.

That said, the semiconductor industry has proven time and again that disadvantages can soon be overcome, once competitors get moving in the same direction. What’s more interesting here is the implication for meshing protocols and the Bluetooth SIG’s role in the evolution of Bluetooth Smart for IoT.

The SIG historically and necessarily maintained tight control over the Bluetooth specification in order to maintain device interoperability. This included controlling the discovery procedures and application profiles.

“The Bluetooth SIG is used to owning the experience,” says Bonnerud, “but here, Bluetooth is only a transport.” However, if Bluetooth Smart is reduced to a simple transport mechanism and IPv6 is used to address (discover) and communicate directly with end nodes—which in turn can respond with their status and available resources—the onus is no longer upon the Bluetooth SIG to generate updates to specifications in order for the IoT to scale and proliferate over Bluetooth Smart. 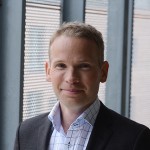 Also, for CSR, moving to IPv6 would make its Mesh network technology a poor choice for the Bluetooth SIG if IPv6 were deemed the overall path of choice. “CSR [mesh] is too heavy,” says Bonnerud, referring to its protocol’s toll on processing and data throughput.

Given the advantages Nordic has in terms of implementation, Bonnerud’s call to action can be seen as self-serving and somewhat disingenuous. But given the derivation and structure of its own implementation announced in December, it may also be pragmatic. 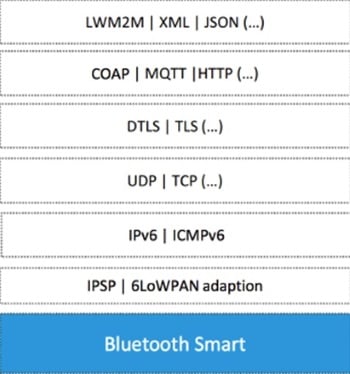 Nordic’s IPv6 protocol borrows from both the Bluetooth SIG and the IETF to enable a full end-to-end IP-based network.

Where many current implementations of Bluetooth Smart for IoT would use proxies or aggregation gateways, IPv6 eliminates those steps. For its implementation, Nordic takes the newly adopted Internet Protocol Support Profile (IPSP) announced as part of Bluetooth v4.2 in December 2014, and combines that with the Internet Engineering Task Force’s (IETF) 6LoWPAN adaptation layer. It also adds an IPv6 routing layer, UDP and TCP layers, as well as Constrained Application Protocol (CoAP) and Message Queuing Telemetry Transport (MQTT) application layers, along with a range of application examples. Its compact footprint means it can run on the nRF51 with its 256 Kbytes of flash (code) memory.

Picking carefully and neutrally from openly available standards is key to the success of IPv6 over Bluetooth Smart, and may be the path to bringing the industry to respond to Bonnerud’s call to action.

“We believe that to enable the ecosystem we need help from IC providers, edge router developers, competitors and the Bluetooth SIG,” Bonnerud says. With regard to mesh protocols, he says, “We will look at implementing open standards for mesh, but we ask that we should look at existing RPL: we can do RPL on top of IPv6.”

RPL is the IETF’s routing protocol for low-power and lossy networks.