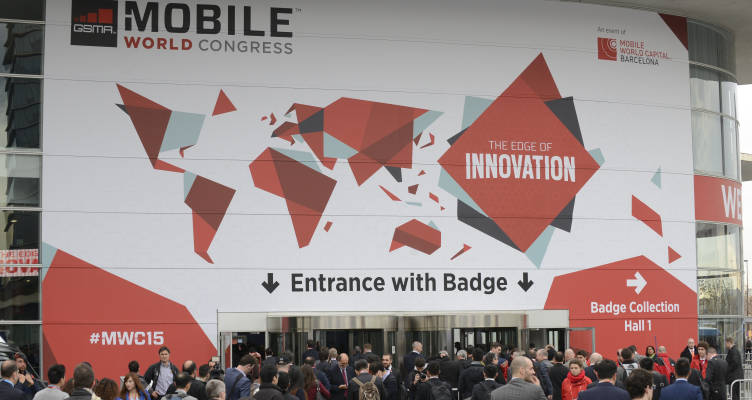 Among the most far-reaching trends explored at the 2015 Mobile World Congress (MWC) in Barcelona was the evolution of a new engine for technological innovation powered by the marriage of the so-called Internet of Things (IoT) and the Maker Movement.

Low-cost hobbyist electronics and hardware kits, easy-to-use programming software, 3D printers, mostly ubiquitous access to mobile connectivity and an increasing number of citizen science labs globally are ushering in a new era of creativity and innovation, paving the way for what some are calling the Fourth Industrial Revolution.

A case in point is Pebble CEO Eric Migicovsky, who shared with the audience at an MWC panel the experience of his first smart watch prototype: In 2008, Migicovsky plugged a hacked Nokia 3310 phone display and Bluetooth radio into an Arduino board.

Fast forward to today, when Pebble now has several product development iterations done and bagged. In its first seven quarters, the startup shipped more than 1 million smart watches and has now generated more than $16.1 million through its latest ongoing Kickstarter campaign promoting its Pebble Time and Pebble Time Steel products.

At the other end of the spectrum, students at Barcelona's Escola Rel, a secondary school for special needs children, last year created a smart garden. The Smart Hort (hort is the Catalan word for garden) is built on the low-cost Raspberry Pi computer and Scratch for Arduino—also known as S4A—which is a modification allowing for simple programming of the Arduino open-source hardware platform and providing new blocks for managing connected sensors and actuators. The project has captured local press attention, was discussed at the MWC's parallel show Four Years From Now (4YFN), is on display at the Mobile World Capital Center and was named a finalist in the local ITworldEDU7 Mobile Learning Awards contest.

These two very different examples are indicative of the dawn of a new era in human history, when, some observers predict, the seeds of innovation will be sewn and harvested more often by individuals and small startups, and less by big-name, deep-pocketed corporations.

"The Maker Movement is an emerging phenomenon. It's technology's extension of DIY projects," said Xavier Pi, chairman of the embedded systems working group at the Enginyers Industrials de Catalunya Associació (Catalan Industrial Engineers Association). "This could be the year where we see a marriage between the physical and digital worlds and more cyber physical systems." 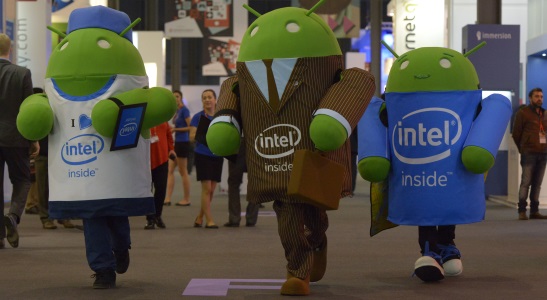 Predictably, Intel Corp. had a major presence at MWC.

In the 20th Century, as electrification spread, there was another wave of industrial improvements, and along with it a rise in hobbyists magazines and do-it-yourself experimentation. Then, from the 1970s through recently, personal computers, cheaper consumer devices, Internet access and mobile connectivity shifted power and productivity models again.

"Now, we're seeing something that has never happened," Pi said. He cited a confluence of trends: empowered citizen users are driving advances, everything is being connected in a machine-to-machine way, and the communication feeds are instantaneous.

Citing what has become a common refrain in the early days of IoT, Pi predicted that most IoT solutions will be developed by startups.

One of the inherent challenges is finding a common ground between component and hardware equipment manufacturers to help propel the maker movement forward, Pi said. The rise of IoT will increase the need for tech-enabled solutions beyond what traditional companies offer, and having simpler components that could be more easily used by electronics enthusiasts or in citizen lab collectives will widen the base of innovation, he added.

IHS projects that the installed based for for Internet-connected devices will grow from an estimated 15.8 billion devices in 2013 to 95.5 billion devices in 2025. In order to fulfill the promise of the IoT, the electronics industry must find ways to connect previously unconnected devices. IHS considers this one of the biggest issues facing the industry, and, in particular, the industrial and medical sectors.

Since many of these unconnected devices will not have ready access to power, companies wanting to migrate them to an IoT environment will have to rely on batteries, and that will drive the need for highly efficient, low-powered processor, IHS concluded in a December 2014 report on the global IoT. Short of that, creators, designers and others in the maker community will have to find some other way to help make these older devices more compatible from machine-to-machine communication perspective.

Chipmakers generally focus product development on market applications that are large enough to drive volume purchases. But some are now marketing directly to the maker community.

Intel, for instance, has been a proponent from some time. At the Make Fair in Rome in 2013, the chipmaker announced a partnership with Arduino, and its Galileo Gen 2 board was the first product specifically designed for makers, students, educators and DIY electronics enthusiasts.

Atmel, too, has had a track record in this area, with its microcontrollers often powering a number of Arduino boards. The company operates a "Tech on Tour" mobile trailer that travels to locations throughout the U.S. in an effort to reach out to the maker community.

Outreach to the maker community from these semiconductor companies and others is evidence that the industry sees the potential for innovation coming from new sources--and wants to be a part of it.

As author Chris Anderson recently wrote in the Guardian, “The Maker movement has a long way to go before it can really be said to have come of age. But that doesn't mean it should be ignored or regarded solely as a hobbyist's or niche manufacturer's paradise. It represents the first steps in a different way of doing business."