SanDisk Corp. has rolled out its first solid state drive (SSD) utilizing the company’s X3 technology designed to offer storage to corporate environments at a lower power but with higher performance.

The X300 SSD features error-correction to increase reliability and SanDisk’s SSD Dashboard, which gives visibility into the drive’s performance, security and available firmware updates. The X300 is the first device to incorporate SanDisk’s nCache 2.0 technology – a next generation tiered caching technology that combines SLC and X3/TLC flash blocks for improved efficiency, performance and endurance – and is built using the Milpitas, CA-based company’s 1Ynm X3 technology. 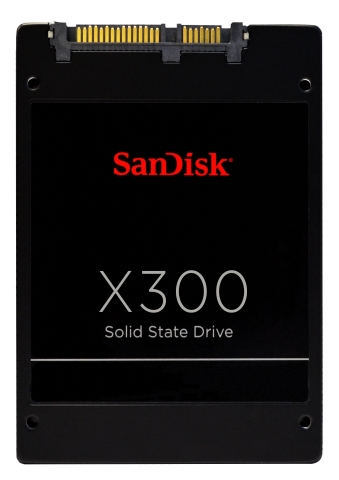 SanDisk said the X300 would be best suited in the corporate environment in such application as office productivity centers, media creation or financial transactions.

Kevin Conley, senior vice president and general manager of storage solutions at SanDisk, said in a statement the SSD is the “first X-series drive to incorporate the use of our nCache 2.0 tiered caching architecture and X3, three bit-per-cell technology” that will help mainstream corporate customers “reduce total cost of ownership and shorten the time on return on investment.”