Apple Inc.'s profit margin on the company's iPad tablet—already the envy of many tablet-making OEMs—is ratcheted up even further with the latest entry, the iPad Air, according to a teardown analysis performed by the IHS Teardown Analysis Services team.

The 16-GB version of the iPad Air, which hit stores late last week, carries a lower bill of materials (BOM) cost compared to the the third-generation iPad introduced last year, according to IHS. The preliminary estimate of the BOM for an iPad Air with 16 gigabytes of NAND flash memory and cellular connectivity is $304, down 6 percent from the $325 BOM for an equivalently equipped third-generation iPad at the time of its release in 2012, IHS said.

Including an additional $6 for manufacturing cost, the total cost to make the iPad air is roughly $310 per unit, according to IHS. A low-end iPad Air model with 16GB of NAND and no cellular connection, carries a BOM of $274, according to IHS. 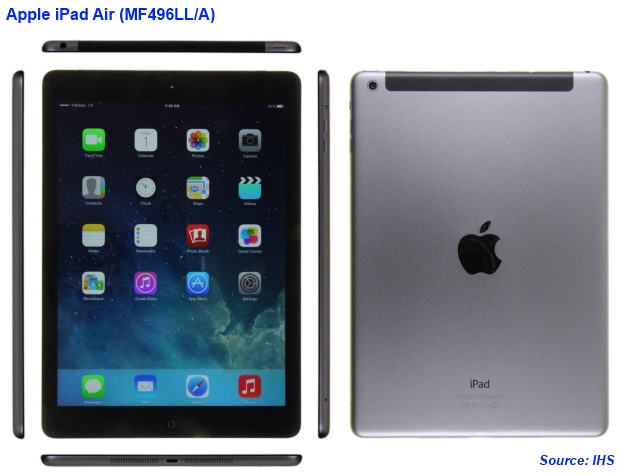 "While the iPad Air slims down in size, the profit margins are getting fatter," said Andrew Rassweiler, senior director of cost benchmarking services at IHS. While the newest iPad offers an ultrathin display and touch screen that are more expensive than for the third-generation iPad, Apple has held the line on cost by taking advantage of price erosion in other areas, according to Rassweiler. He added that the iPad Air leverages the same components and suppliers that are used in the iPhone 5s and 5c as much as possible.

The profitability of the iPad Air rises dramatically as the NAND memory capacity increases, according to IHS. The 32GB iPad Air costs only $8.40 more to produce, but retails for $100 higher, IHS said.

While the iPad Air makes use of several chips that Apple has used in other products previously—including the Apple A7 processor that was found in the iPhone 5s—there are several notable differences, according to IHS.

The RF/PA section in the iPad Air supports the 4G Long Term Evolution bands for all U.S. carriers with a single-model iPad (there are not different wireless versions for each U.S. carrier), IHS said. This is not the case for the iPhone 5s, likely due to space constraints in the smaller smartphone form factor, IHS said. 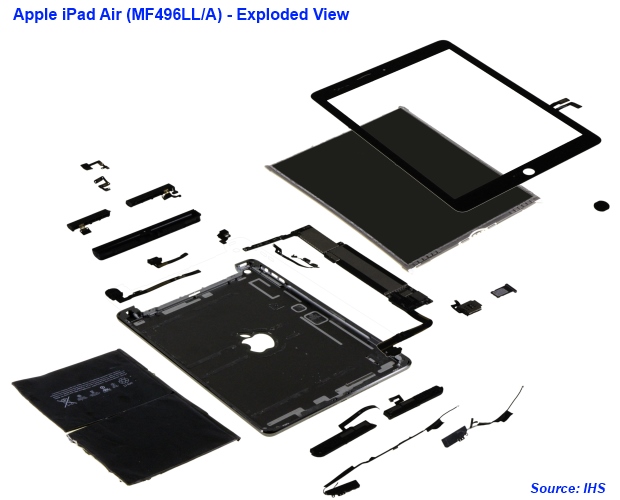 The RF/PA subsystem in the iPad Air is laid out on 40 percent more surface area in the printed circuit board than the comparable function in the iPhone 5s, according to IHS.

The iPad Air also uses microphones from STMicroelectronics, instead of the parts from Knowles and AAC found in the other iPad models, IHS said.

While the iPad Air features an A7 processor built by Samsung like the iPhone 5s, IHS teardown analysts did find some differences between the two chips. The Air’s A7 integrated circuit is packaged with a metal top that acts as a heat sink, IHS said, like because the device runs hotter in the iPad Air due to the additional processor workload required to render graphics on the larger display.

The power management chips from Dialog Semiconductor that support both versions of the A7 are also different, IHS said. The firm's teardown analysts plan to examine the A7 further to determine if there are other differences between the processors. 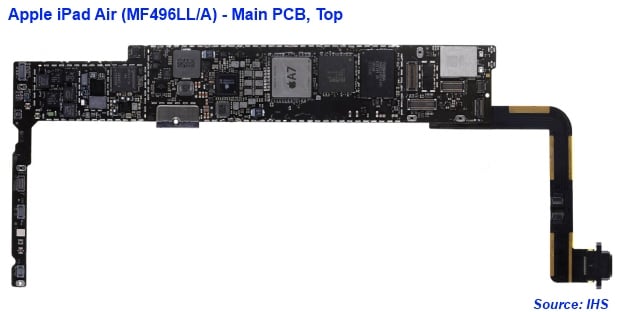 IHS concluded that Apple features more costly display and touchscreen subsystems compared with predecessors. The display, which is only 1.8 millimeters thick, carries a cost of $90 compared to $87 for the 2.23-mm display found on the third-generation iPad, IHS said. The iPad Air's touch-screen module is estimated to cost $43.00, compared to $37.50 for the third-generation iPad, IHS said. 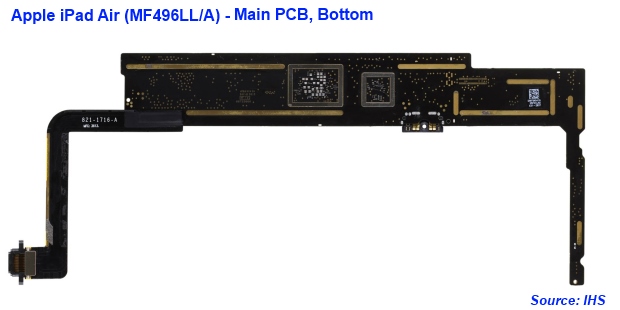 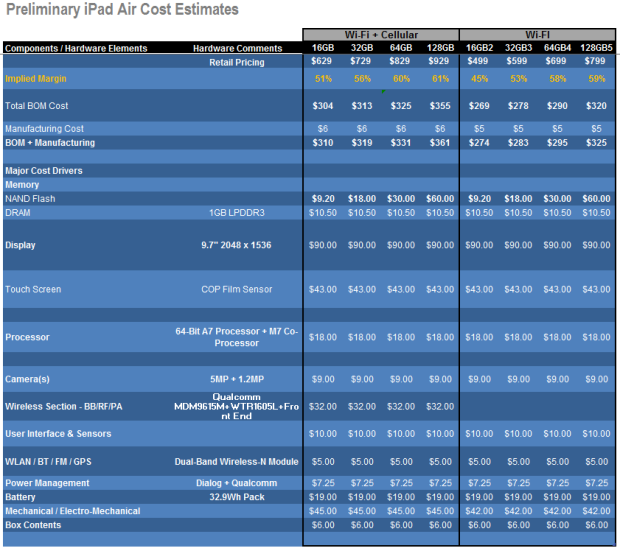 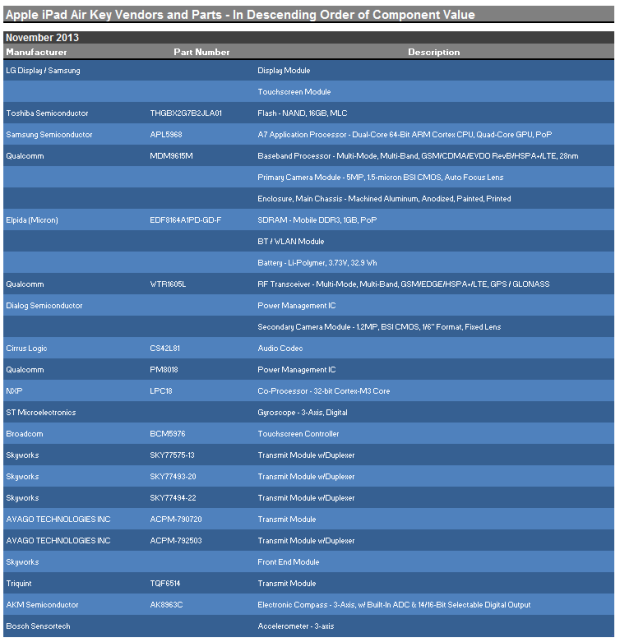 The exclusive Electronics360 video above featuring Andrew Rassweiler, senior director of Teardown Services for IHS, provides a detailed analysis of the technology and cost drivers for the Apple iPad Air. The 20-minute video is divided into segments that address specific topics. The time stamps below indicate the starting time in minutes and seconds of each of the segments: