Newark has announced the results of the second annual Global Women in Engineering Survey, revealing that all genders share united views on supporting women in the electronics/engineering industry.

The results show that inequality needs to be addressed and is important to achieving the equal treatment of all, while also revealing that women around the world remain underrepresented in the industry and continue to experience various forms of sexism and discrimination.

Newark, in partnership with its community element14.com, launched the second annual Global Women in Engineering survey in June 2022 to help shed light on women’s experiences, career paths, wider challenges and opportunities in the engineering/electronics industry. The global survey is designed to gain direct insight from all members of the industry to understand current barriers to achieving equality and how to diminish discriminatory practices in the workforce while presenting a vision for the future.

New questions covering discrimination, sexism and equality were added into the 2022 survey as these critical issues were noted as key areas in the 2021 survey analysis.

Key insights from the Global Women in Engineering Survey included: 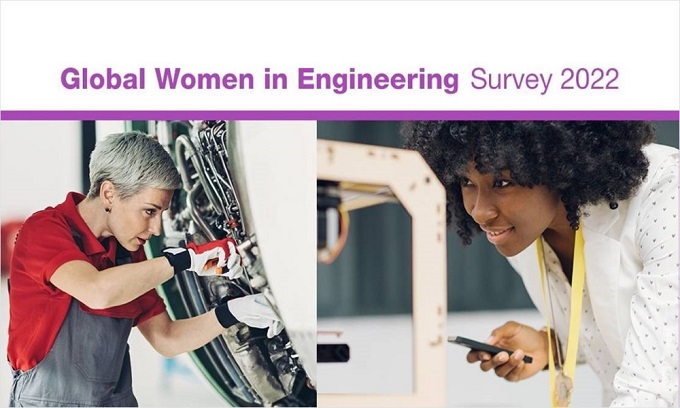 The survey uncovered many anecdotal success stories of women who are already achieving great things in the electronics/engineering industry, including:

There was an overwhelming response from all genders encouraging women to be more confident, trust in their abilities and take on the challenge of working in engineering. Some of the top drivers leading women to enjoy a career in engineering included the ability to work on diverse projects (25%), opportunities for getting a preview of what’s coming next in technology and seeing that come to life (16%), and career development (10%). The option for women to have flexibility and work/life balance (21%) was much higher than in the 2021 results.

More to be done

The 2022 survey matches the trends revealed in the 2021 survey, highlighting the positive steps forward the industry has made, however, there is more to be done to eliminate sexism and ensure fairness for all. Some real-world examples of sexism and discrimination shared as part of the survey included:

Newark’s eight-week global survey was open to all genders working in the electronics/engineering industry and launched on International Women in Engineering Day (June 23). Most of this year’s survey respondents (75%) were from Europe and North America with further submissions received from Asia Pacific, Central and South America, China, Middle East and Africa. There was an even distribution of age, particularly in the 25- to 54-year range (totaling 74%), and 57% of respondents had more than 10 years of experience in engineering.