Streaming has become a huge business across multiple platforms. Along the way, streaming media players have become just as big of a business as consumers use these devices to convert older televisions or other consumer electronics to allow for streaming of media.

As Netflix, Amazon Prime, Disney+, Hulu and many more services have emerged, the market for streaming media players, or sticks, has grown simultaneously. The form factor for these devices was initially launched through Amazon but quickly the technology was expanded to other competitors and now numerous options are available to consumers.

These devices are plugged into televisions or other consumer electronics devices and connect to the internet via a local Wi-Fi or Bluetooth connection to stream movies and other content from online.

The media streaming player from Xiaomi, called the Mi TV Stick, is the latest device from the China-based company to compete with other consumer electronics manufacturers.

The Mi TV Stick features a processor from Amlogic and main memory from Samsung Electronics as well as multiple electronic components to allow for streaming on multiple devices.

The following is a partial deep dive into the Xiaomi Mi TV Stick conducted by TechInsights. 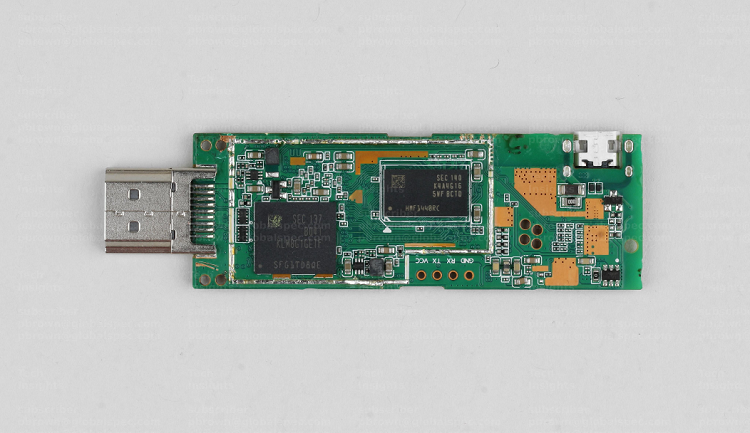 The main board of the Xiaomi Mi TV Stick is the main processing center for the consumer streaming device including chips from Amlogic and memory from Samsung. Source: TechInsights

The main board of the Xiaomi Mi TV Stick contains the processor and core memory to control the functions of the consumer electronics media streaming player. The electronic components include: 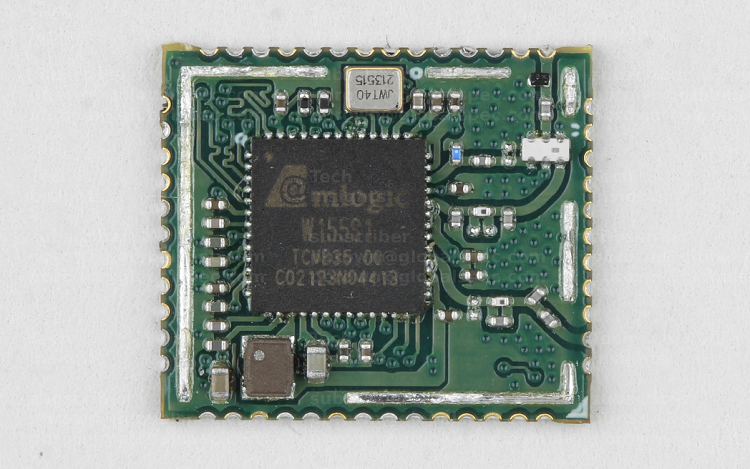 The Wi-Fi board inside the Xiaomi Mi TV Stick is the main point of connectivity for the media streaming player. Source: TechInsights

The Wi-Fi and Bluetooth IC includes a dual-band Wi-Fi 802.11ac and Bluetooth 5.0 system-on-chip from Amlogic as well as a diplexer Wi-Fi 2.4/5 GHz semiconductor. 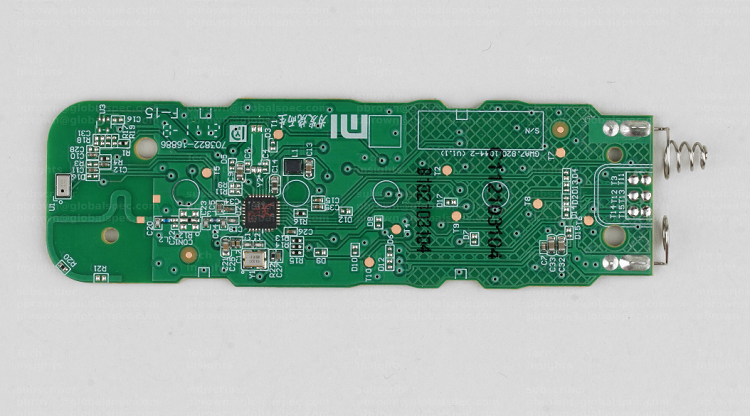 The remote board of the Xiaomi Mi TV Stick contains MEMS and Bluetooth electronic components for operation of media streaming. Source: TechInsights

The remote board of the Xiaomi Mi TV Stick includes more of the wireless connectivity options of the streaming media player including a single-chip Bluetooth IC from Realtek and a microelectromechanical systems (MEMS) microphone.