Understanding the basics of Ethernet switches 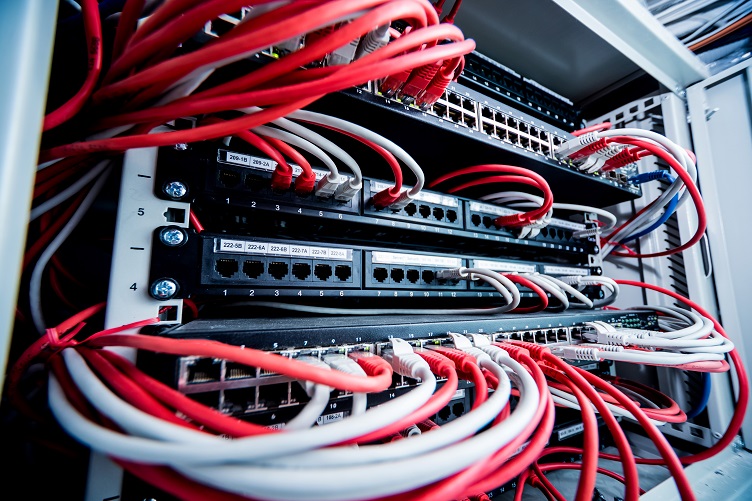 Ethernet switch is a networking device that centralizes communication among devices connected in a Local Area Network (LAN). Source: Romaset/AdobeStock

The Ethernet switch has become an essential part of computer networking. It is a networking device that centralizes communication among devices connected in a local area network (LAN). It manages data flow across the network by receiving and transmitting data packets between devices (like computers, printers, and scanners).

This article covers all of this and more. It will serve as a guide for those looking to understand the basics of Ethernet switches.

How does an Ethernet switch work?

When technicians connect devices to the Ethernet switch using data cables, the switch identifies all the devices through their media access control (MAC) address. This allows the switch to map all the Ethernet devices connected to its ports.

Suppose one of the devices (say, a laptop) intends to send a packet to another device on the network (say, a printer) through an Ethernet switch. In such a scenario, as the packet enters the switch, the switch reads the packet’s header to determine its source MAC address (where it is coming from) and its destination MAC address(es).

Next, the switch sends the packet out through the port that leads to the device with the destination MAC address.

Ethernet switch vs hub vs router: What’s the difference?

Because of their mode of operation and unnecessary data transfer to all ports, hubs typically place a lot of traffic on the network, causing users to experience poor network response times. In addition, an Ethernet hub shares its bandwidth with each of the ports, unlike Ethernet switches that allocate the full bandwidth to each of its ports.

In contrast, a router is a networking device that connects different networks. It is quite similar to switches in function, but it differs in having significantly more capability. For instance, it forwards data packets from the source network to the destination network using the network address information.

What are the factors to consider when choosing an Ethernet switch?

Ethernet switches come in different designs, with each type having its unique size, features, capability and suitability for different applications. Therefore, there are several factors that users must consider when choosing an Ethernet switch for a particular application.

Ethernet switches typically come in 5, 8, 10, 24, 48 and 54-port configurations. The ideal number of ports primarily depends on the number of physical devices (laptops, printers and phones), network devices and security devices to be connected to the switch. As a rule, it is recommended that technical and procurement professionals choose a switch with a higher number of ports than required to allow for additional devices in the future.

Ethernet switches are usually designed to have transmission speeds ranging from 100 Mbps to 10 Gbps. Users should choose Ethernet speeds according to their desired speed requirement.

Power over Ethernet (PoE) is a technology that allows Ethernet cables to transmit electrical power and data simultaneously. This allows flexibility in installing devices in remote places and places that lack electrical circuitry.

The network forwarding performance or forwarding rate shows the number of data packets forwarded by the switch in a second. It gives insight into the performance of network switches.

Ethernet switches offer several advantages for data transmission and communication in network systems if they are correctly selected for a particular application. Therefore, technical and procurement professionals are advised to reach out to network switch suppliers to discuss their application and specification needs.