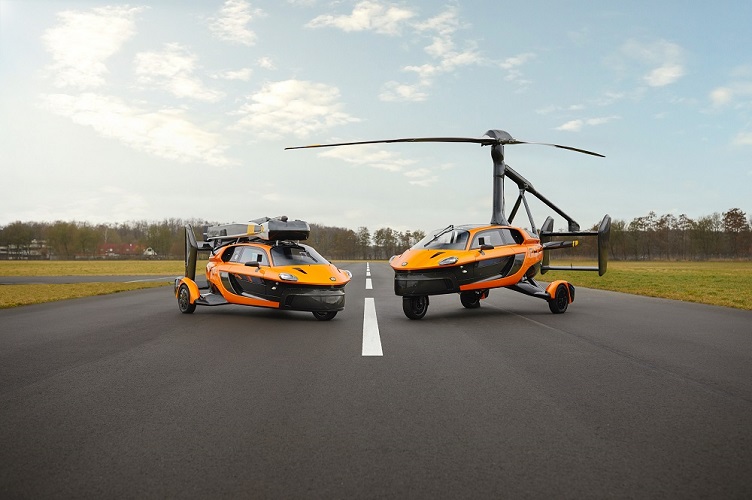 The Liberty flying car will be tested at the London Oxford Airport prior to launching the vehicle into the commercial market. A prototype of the Liberty will be shown at the airport from Sept. 20-22. Source: Pal-V

Pal-V, a company developing flying cars for advanced air mobility, has opened its U.K. home at London Oxford Airport, a location that will allow it to test pre-launch capabilities toward a commercial launch of the vehicles.

Creator of the Liberty flying car, which flies as a gyrocopter with rotors that unfold from its roof, Pal-V will use the London Oxford Airport for its “fly drive” simulator that allows would-be customers to become familiar with the Liberty before purchasing.

“London Oxford Airport offers PAL-V the space to grow as we commence our pre-launch activities,” said Andy Wall, Pal-V sales director. “It is rich in the heart of the motoring industry and easily accessible to London. The team at the airport have been superb and very adaptable to our needs and there is great synergy with established tenant companies there.”

While many aviation startups as well as traditional automotive OEMs and aerospace companies are developing air taxis for urban air mobility, Pal-V is more of a true flying car that seats two people in a fully enclosed cockpit.

The vehicle transitions between road travel and air transportation modes in about six minutes with the rotors secure inside the vehicle when in drive mode. During drive mode, the Liberty flying car can reach a speed of about 99 mph with a range of about 817 miles.

During flight mode, the Liberty reaches a cruise speed of 111 mph with a maximum range of about 248 miles.

Initial production of the Liberty flying car will be in Austria, Germany, Switzerland and the U.K. and later into the rest of Europe, North America and eventually the Middle East and Asia. A prototype of the Liberty will be shown at the airport from Sept. 20-22.

Pal-V said initial interest has been split between commercial, defense and private users looking to move between home and work or even at an airport without having to change vehicles.