Named 2021 Branch of the Year was Heilind’s North Region in Chicago and Heilind’s East Region in Boston. In addition, Heilind Asia Pacific received Molex’s 2021 Regional Distributor of the Year award for South Asia.

"It is an honor to be recognized by one of the top manufactures in the industry,” said Alan Clapp, senior vice president at Heilind. Clapp continued, “Receiving these awards demonstrates the combined commitment we have with Molex in providing best-in-class service to customers around the world.” 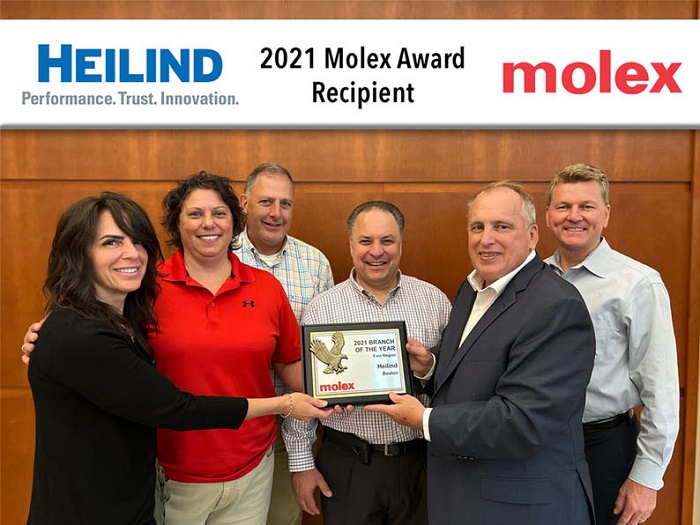 Heilind is a global distributor of electronic components and authorized distributor for Molex. As a distributor of Molex products for over 45 years, Heilind carries a full suite of the manufacturer’s solutions and services for many markets, including data communications, consumer electronics, industrial, automotive, commercial vehicle and medical.