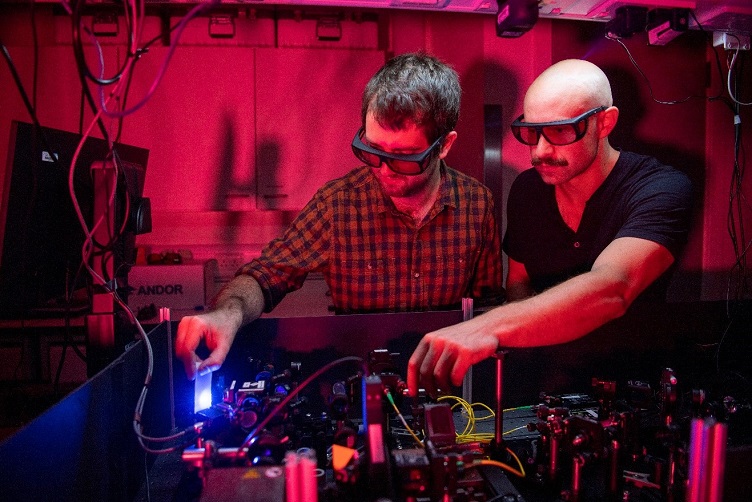 Researchers from the University of Glasgow have developed a quantum-inspired technique that can be used to provide a higher depth resolution for lidar imaging.

Lidar uses laser pulses to acquire 3D information about a scene or object and is typically used for imaging large objects such as buildings, vehicles, people and other structures due to its limited depth resolution.

“Although lidar can be used to image the overall shape of a person, it typically doesn’t capture finer details such as facial features,” said Ashley Lyons, researcher from the University of Glasgow. “By adding extra depth resolution, our approach could capture enough detail to not only see facial features but even someone’s fingerprints.”

The work could lead to higher resolution 3D imaging beyond what is possible now and could be used in facial recognition and tracking applications. It could also be used to get an idea of where an object might be and then carefully measure it.

The development extracts information from the way that two light beams interfere with each other. The entangled pairs of photons are used for this interferometry, but the approach previously performed poorly in situations with high levels of light lost.

When two photons meet at a beam splitter, it will stick together or become entangled and leave in the same direction. Classical light shows the same behavior but to a lesser degree. Most of the time classical photons go in the same direction. Researchers used this property of classical light to time the arrival of one photon by looking at when two photons simultaneously arrive at detectors.

Researchers were able to demonstrate the high depth resolution of two-photon interference lidar by using it to detect the two reflective surfaces of a piece of glass about 2 mm thick. Traditional lidar would not be able to distinguish between these two surfaces but researchers could measure the two surfaces.

With the new method, researchers created a detailed 3D map of a 20 pence coin with a 7 micron depth resolution. This level of detail could help differentiate key facial features or other differences between people in facial recognition services.

Currently, the higher resolution images take a long time because it requires scanning across all three spatial dimensions. The next steps are working to make this process faster by reducing the amount of scanning necessary for 3D information.