Silicon Carbide Discovered to be a Key to Developing Quantum Computers

Quantum computers have been a hot topic for the last few years. Many tech giants — from Google and Microsoft to international research centers — have been developing new technologies to create the first quantum computer. While we are getting closer and closer to quantum computers being a reality, it could still take a while. Quantum computers are believed to break the security of classical data transfer networks. Currently, it would take a classic supercomputer years to crack the encryption algorithms that protect our information. It is believed that quantum computers could crack these codes in seconds. 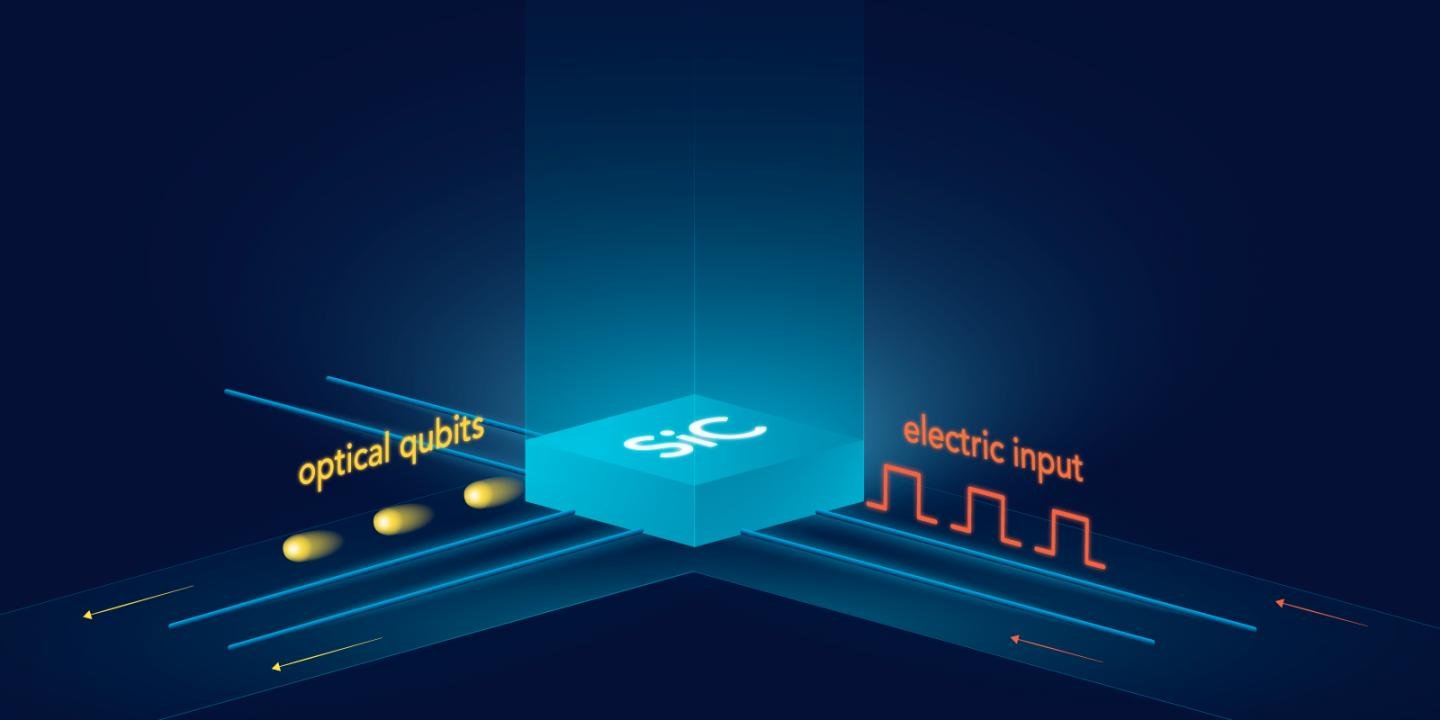 Electrical excitation causes a point defect in the crystal lattice of silicon carbide to emit single photons, which are of use to quantum cryptography. Source: Elena Khavina, MIPT Press Office

This may seem like a huge threat, but quantum tech will also have a method to neutralize the threat. Classical cryptographic algorithms are based on complexity. These algorithms can only stay secure for a limited amount of time. On the other end, quantum cryptography relies on an unexpected source: fundamental laws of physics. These laws guarantee data security transmission for an unlimited amount of time.

The operation principle of this cryptography is based on the idea that you can’t copy an unknown quantum state if you don’t have the original message. A quantum communication line can’t be compromised without both the sender and the receiver being notified. A quantum computer just wouldn’t work for someone who is trying to be sneaky.

The best carries for quantum bits are photons, but they have to be only single photons. If single photons are not used, then a hacker could intercept transmitted photons. With single photon generation, an excited quantum system is put into a ground state that emits only one photon. A system that has the ability to do this is difficult to find.

The MIPT researchers believe that silicon carbide is a solution to this.

"In 2014, we were studying diamond and turned our attention to silicon carbide almost by accident. We figured it had vast potential," says Dmitry Fedyanin. But electrically driven emission of single photons was found in 2015 by a team in Australia.

Silicon carbide, which is incredibly hard and heat-resistant, is the key behind optoelectronics. Electroluminescence was first seen in silicon carbide. The material was used in the 1920s for the first LEDs. Silicon carbide LEDs were mass produced in the 1970s. But after that, direct-bandgap semiconductors took over silicon carbide’s role. Today it is used in high-power electronics, bulletproof vests and sports car brakes.

Fedyanin studied the electroluminescence of silicon carbide color centers and found that single-photon emission can be found within the material. This new discovery accurately reproduces what the researchers found in the experiments. The color center can emit or absorb a photon at a wavelength that makes the material transparent with no defects. This process is at the center of an electrically driven, single-photon source.

The researchers have used their theory to show off a single-photon emitting diode can be based on silicon carbide. It can be further improved to emit several billion photons per second. This is the key to quantum cryptography protocols.

The authors of this study say that the new materials could be found in silicon carbide in terms of brightness of the single-photon emission. But they need new technological processes in order to reach mass production. Silicon carbide-based single-photon sources can be used with CMOS technology and is a standard for manufacturing electronics.

This research has proven that silicon carbide is the most promising material for building quantum computers and ultrawide-bandwidth with secure communication for data.

The paper on this research was published in the journal Quantum Information.